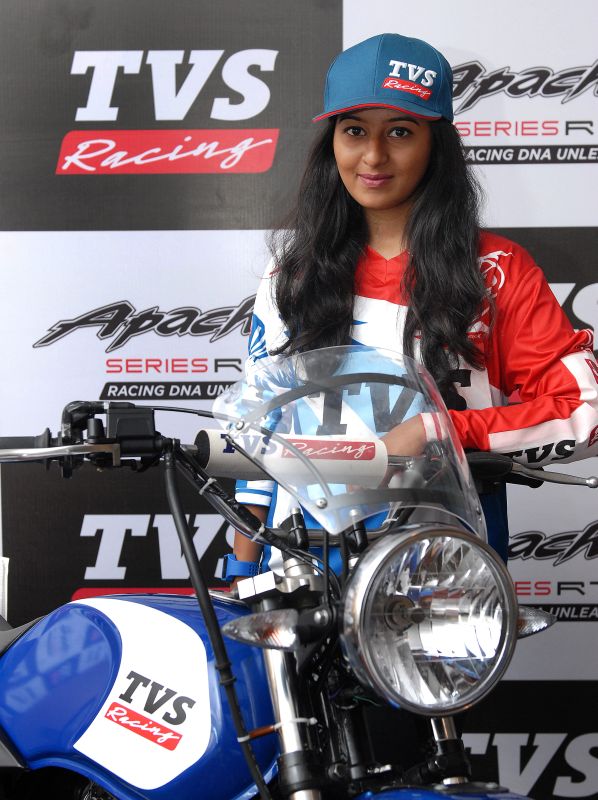 BI: Can you tell us a little about the challenges you have faced on your way here?

Shreya: I haven’t really paid attention to too many challenges but I could relate a story that demonstrates attitudes towards women and riding. From the time I got into off-roading I had been keen on riding on sand dunes so I went off to Dubai to try my hands at it. This was as recent as late 2014 to early 2015. I had registered for the 450 cc category. When my instructor saw me he asked me instantly if I would be comfortable on a tall 450 and suggested that I ride a 250 instead. This was without even having seen me ride. I did have some difficulty getting on to the bike, which was really tall especially for someone with my short height. But over the course of the session I frequently found myself riding ahead of the pack and sometimes even waiting for the others to catch up. While I blame no one, this is yet another example of how society finds it so easy to put women in a box. There is certainly a degree of bias when it comes to society accepting women riders. As far as I am concerned, I believe that motorcycling has no gender. Nor does it belong to a gender.

BI: Motorsport is dangerous business. What do your parents have to say about this?

Shreya: Obviously they are concerned for my safety. But they also understand that this is a passion for me and have been very supportive.

BI: Your first ever competitive motorcycle event takes place this weekend. How have you been preparing for it?

Shreya: Given how quickly everything has happened for me, I haven’t really had as much time to prepare as I would like to. However, I am training hard to get as fit as possible before the first event. I want the body and the mind to be ready and as of right now the focus is to finish the rally and learn as much as I can. I’m also getting as much time on the motorcycle as possible.

BI: What motorcycle are you riding?

BI: So, you’ve never been in a competitive motorcycle event before. How are you feeling? Excited? Nervous? Intimidated?

Shreya: I’m super excited of course about this opportunity and I have to say I’m a bit nervous too since I’ve never attempted anything like this before. As I said earlier, I’m going to focus on finishing the rally first, which means there is no pressure to finish on the podium right now. So, no, I’m not feeling intimidated.

BI: Any message to other women who ride or want to ride?

Shreya: Just go out there and ride. Riding a bike is easy. It isn’t rocket science.