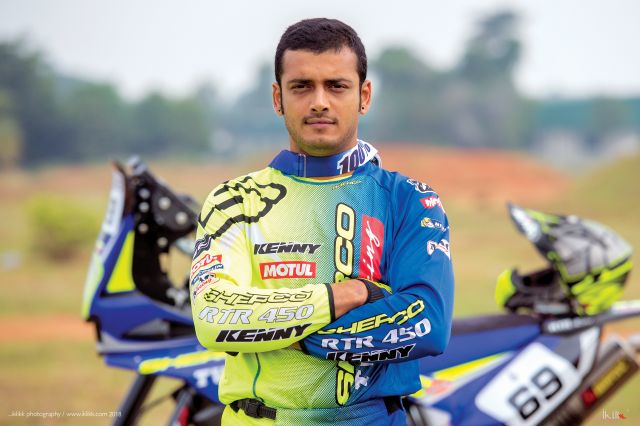 How does it feel to be the only Indian to complete Dakar this year?

Definitely feels great and I think I am getting all the limelight because of that (laughs). Well, at least in India. It is certainly joyous and I feel content.

In comparison to your previous attempts at the Dakar, what did you do differently this time?

I was riding at 95 or 100 per cent the previous times and this time I rode at about 65-70 per cent. Previously, I was trying to better myself each day and was racing at the limit. This year I focused only on finishing. I concentrated on consistency and on getting through all the stages; I wanted to evaluate myself and see where I could improve. I could see myself getting better with each stage. 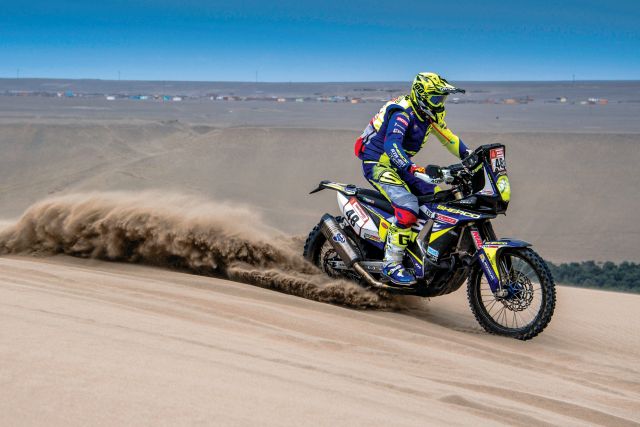 What do you have to say about the RTR 450? Is there anything that you would like to improve?

No, the bike has improved a lot from the previous years and it is as good as motorcycles from other manufacturers. I think we need a little more work on the styling part because it looks a little old. Other than that, I think our bike is on point and we are only getting better every year.

Does the motorcycle have drastically different set-ups for each rider or is it more or less similar?

Engine-wise, it is almost the same for all of us. Each of us sets up suspension differently and adjusts things such as foot-pegs, handlebars, and levers to suit our respective riding styles.

Can you tell us something about the diet and training regimen you follow to get fit for Dakar?

I cycle five days a week and do different kinds of exercises. Two base intensity, two high-intensity, and one moderate exercise. I visit the gym thrice a week for concentrated muscle groups that are used for riding. I also do PPG (Preparation Physical General) thrice a week to improve core muscles and balance. Other than that, a lot of bike time is crucial. Regardless of how much you train off the bike, it is not going to help unless you spend enough time on the motorcycle. Saddle time is an absolute essential which I lost out on the previous year [due to the injury sustained during Dakar 2018]. Thankfully, this time, I have the whole year to train. 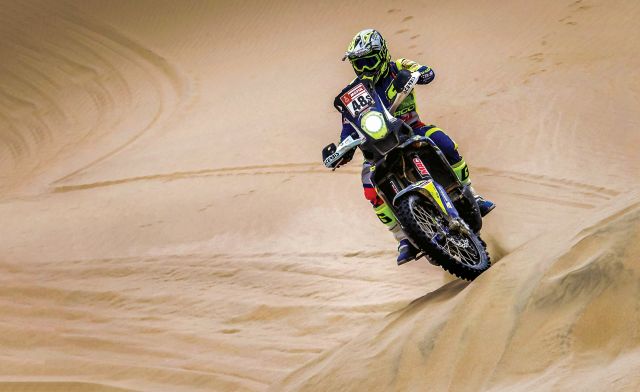 Given the chance, would you compete in the malle moto class?

Yes, I would. That being said, I would always love to be a factory rider because life is much easier there and you can compete at a much higher level. Malle moto is a different ballgame altogether because you are not competing with the top guys or anybody for that matter. You just have to keep your motorcycle and yourself safe every day and get into a good rhythm to finish the race. One cannot take a lot of chances or risks but it can be done. Let us see, maybe, in the future…

Can you give us a roadmap of how aspiring Indian riders can get into the Dakar?

Now in India we have more facilities than before in terms of training, races, and there are factory racing teams like Sherco TVS and Hero MotoSports. There are many private teams as well who support and nurture young talent. Participating in all the rally raids is a good place to start. Skill-wise, they can start training at the national level and then progress into the international racing scenario. Participating in rally raid world championships is the opener for Dakar. So, maybe, a year or two of that and then go to Dakar. You need a lot of road book time and training for rallies before you get to the Dakar.

What is the next big thing in the pipeline for you?

Consistently improving my ranking in the world rally stage and improving my rankings in Dakar as well, that would be my biggest goal. I am not sure about what is next because we (the team) are yet to decide the racing calendar. Now I am enjoying some off time and I am back into my fitness routine. 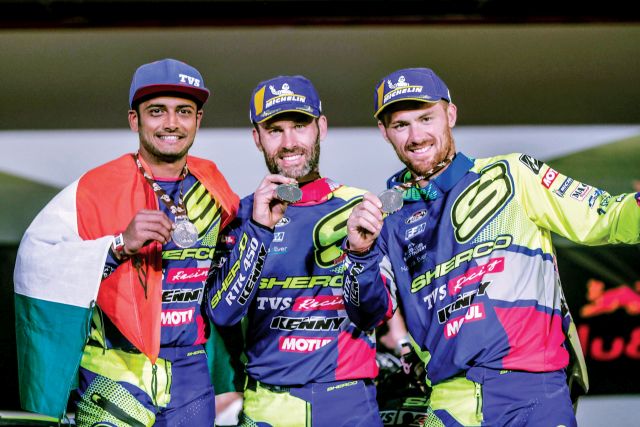 What was your most defining moment of Dakar 2019?

I had one moment in the penultimate stage. At the 176th kilometre, my bike stopped. The regulator stopped working and the battery was not charging. I was stuck on top of a dune. I tried changing everything but it would not work. That is when I thought my race was over. Then I came down the dune and switched the regulator with a spare I was carrying. Luckily, I was able to stop another rider and he helped me. We jumped the battery and the bike started. That is when all my hopes returned. It was like God came there to help me out in the form of that rider.

Do you have anything to say to your fans who are reading this article?

I wish I inspire more kids to take up motor sport. We should have more entries from India both worldwide and in the Dakar as well.