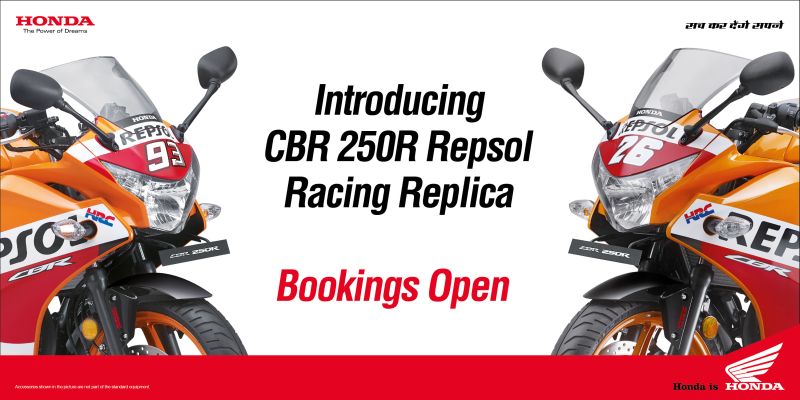 Honda Motorcycle and Scooter India (HMSI) announced the launch of the new limited edition CBR 250R in India. Celebrating the success of the factory Honda team in Moto GP in the 2016 season, this motorcycle is designed to attract the Moto GP enthusiasts in India. The new livery takes inspiration from the RC213V itself and has graphics depicting the legacy of Marc Márquez and his teammate Dani Pedrosa.

The single-cylinder, 250 cc liquid-cooled DOHC engine produces 26.5 PS at 8500 rpm and 22.9 Nm at 7000 rpm. The fans are up for a treat because the bike will be available in two versions –  Marc Márquez 93 and Dani Pedrosa 26. Anyone who is looking to buy one can book it at Honda exclusive authorised dealerships now. So if you want to look like your tarmac shredding idols as you roll up the street, you know exactly where to go.