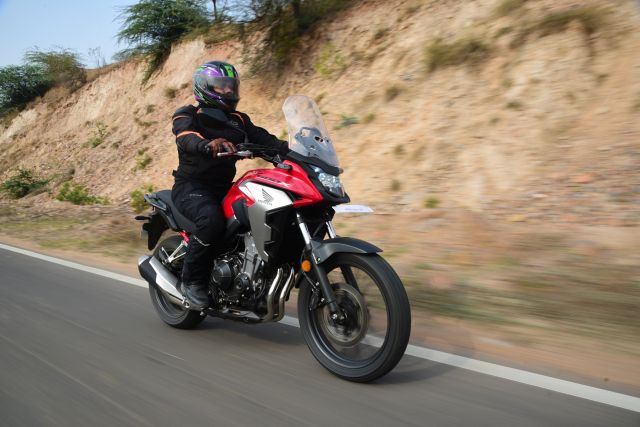 The Honda CB500X has just been launched in India for Rs 6.87 lakh (ex-showroom), and is now the smallest-capacity ‘big’ Honda that you can buy in the country. We recently spent a day with this machine, and think that it deserves a good long look from anybody shopping for their first large-capacity motorcycle. Here’s why.

A few years ago getting your first big bike automatically meant buying a sporty machine built using expensive componentry to get the best out of performance-inclined, high-revving engines. Even most naked roadsters are built around a sporty ethos, with a focus on snappy acceleration and sharp handling and, while they are definitely easier to use in the real world than all-out supersport machines, they are still nowhere near upright adventure bikes in terms of rider and pillion comfort, luggage-carrying capacity and all-round practicality. Of course, today’s large-capacity ADVs seem to be more for senior, veteran bikers, and the fact that they all cost well into 7 figures doesn’t really bode well for younger riders. That’s where bikes like the Honda CB500X come in. 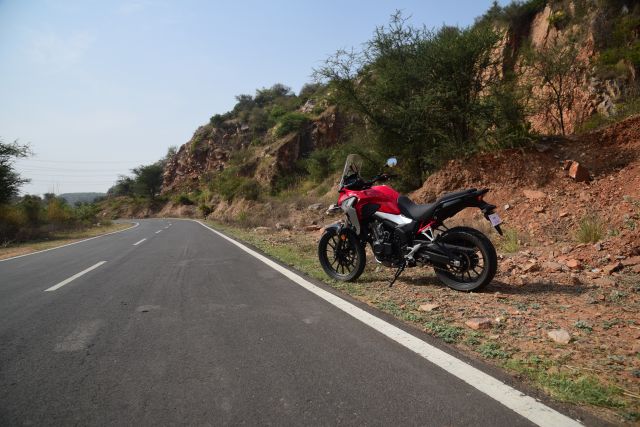 We know that getting anywhere on Indian roads can be quite the adventure. Upright ergonomics, spacious seats for comfortable two-up riding, generous ground clearance and suspension travel; these qualities make for a bike that can successfully take on all the surprises of motorcycle travel in India, and Honda have packaged all of these into the CB500X. It sports a design clearly inspired by larger adventure motorcycles, with a tall front end, 19-inch front wheel, ample wind protection from the wide bodywork and adjustable screen, spacious, upright ergos and an upswept exhaust. Contrary to this image, the Honda CB500X is not specifically for those interested in adventure or off-road riding — it is more a do-it-all road bike than anything else. In fact the previous generation sold abroad ran on 17-inch wheels front and rear, and Honda have given this version that larger front wheel to make it an even more versatile machine; this helps greatly in tackling those massive speedbreakers without needing to slow down. 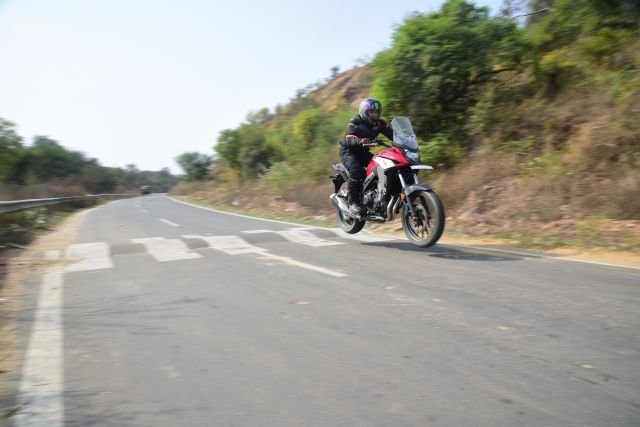 The CB500X’s 830-mm saddle height felt like a lot less due to the bike’s narrow profile, and I am immediately comfortable from the moment we set off through Gurgaon’s busy streets. The first impression is of an approachable and friendly machine that won’t intimidate new riders, while experienced riders will appreciate the bike’s well-balanced nature, neutral handling and extremely tractable twin-cylinder motor. All the controls fall easily to hand and foot, except at the left-side switchgear where Honda insist on interchanging the traditional placement of the horn and turn signal controls; that will take some getting used to. 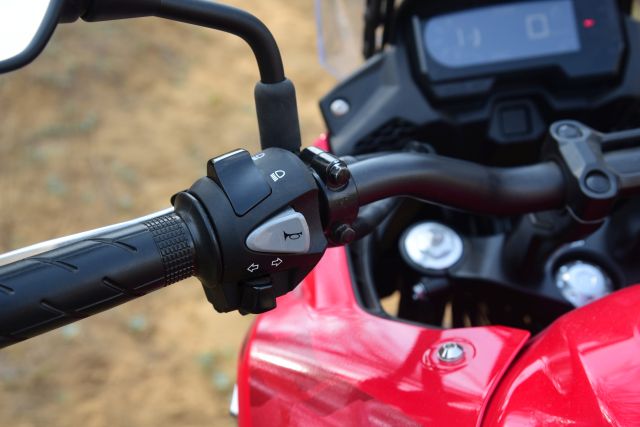 At the heart of the Honda CB500X is a 471-cc liquid-cooled, DOHC parallel twin with nearly square 67.0 x 66.8 bore and stroke dimensions and a 180-degree crankshaft, suspended from a tubular steel frame. This motor makes 47.6 hp at 8,500 rpm and 43.3 Nm of twist at 6,500 rpm and, while this doesn’t seem like much, these peak figures don’t tell the whole story. What stood out to me was the motor’s flexibility, comfortably puttering along at 40 km/h in sixth gear with the revs hovering around the 2,000 rpm mark and not a hint of knocking. This is followed by a linear midrange as revs increase, and a nice, somewhat gruff note from the upswept exhaust. 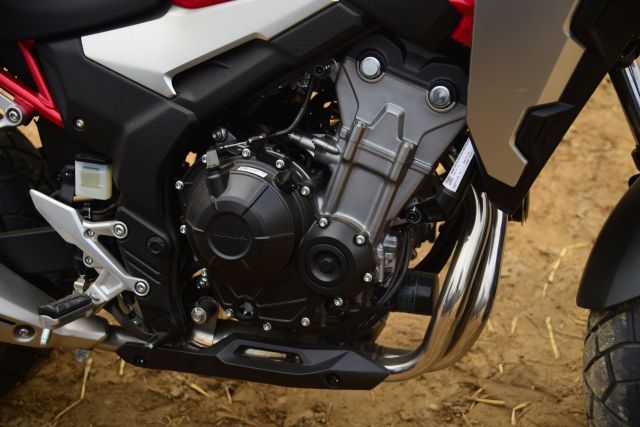 The strong midrange means that revving the engine out feels quite pointless and vibrations through the footpegs get intrusive above 6,000 rpm. Ridden hard, the Honda CB500X will hit triple-digit speeds in third gear and go on to hit a top speed of just over 160 km/h, but that’s not what this bike is designed for. I found the bike happiest between 3,500 rpm and 6,000 rpm, which equates to between 70 km/h and 120 km/h in top gear with the motor spinning along smoothly and with enough torque in reserve to make quick overtakes without the need to downshift. Transmission duties are carried out by an extremely slick six-speed gearbox with well-thought-out ratios that perfectly match the engine’s tractable character. 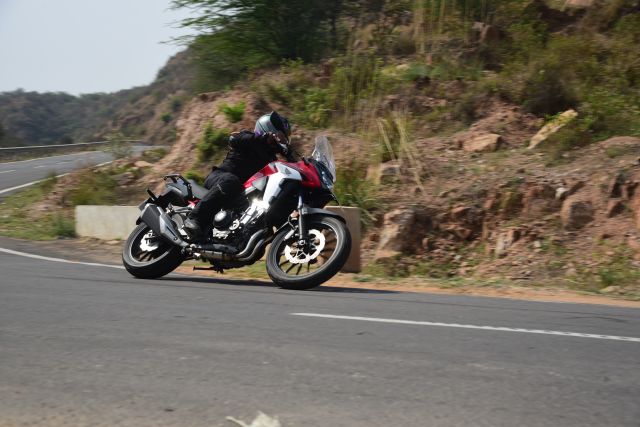 Our route took us away from the city and towards the Aravalli foothills, where I was able to show the Honda CB500X a set of corners. Even here the bike’s easygoing nature shone through, and that 19-inch front wheel did not hinder the Honda’s ability to tip in and hold its line through a series of sweeping curves. The telescopic fork and link-mounted monoshock feature no adjustability except for preload, but seem set up well enough to support swift progress. I only found rebound at the rear severely underdamped, resulting in a bouncy ride in certain conditions. Braking duties are managed by Japanese-made Nissin components and include petal discs at both ends, a twin-piston caliper up front and a single-pot unit at the rear. 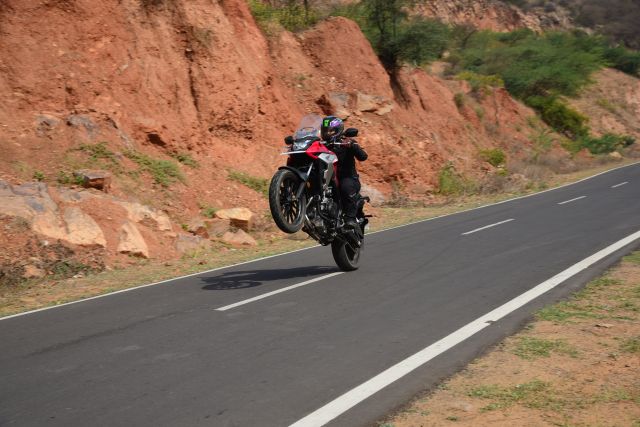 The Honda CB500X is primarily a road bike, but isn’t shy of hitting the dirt. I briefly headed off the tarmac and was once again impressed by the bike’s inherent stability and ease of use as we made short work of a dusty trail, helped along by the dual-purpose Dunlop rubber. This bike isn’t meant for hardcore off-road use, but can easily leave the tarmac should the need arise. 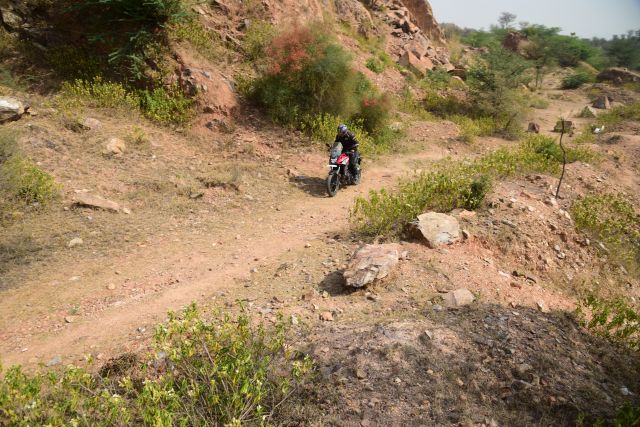 The Honda CB500X’s friendly nature, unintimidating performance and all-round versatility make it an ideal starting place for just about anybody shopping for their first big bike. As a package, it feels greater than the sum of its parts, and can stand up to the challenges and surprises of Indian road conditions. The only fly in the ointment is the rather steep 6.87-lakh ex-showroom price tag, which puts it in the territory of the popular Kawasaki Versys 650. While the Versys is a bigger bike with a more powerful engine, the Honda CB500X still feels like the more manageable and beginner-friendly of the two machines. It is quick enough for our highways, uncomplicated, extremely easy to ride, and will do just about anything you ask of it; I’d urge you to head to the nearest Honda BigWing dealership for a test ride of this excellent motorcycle. 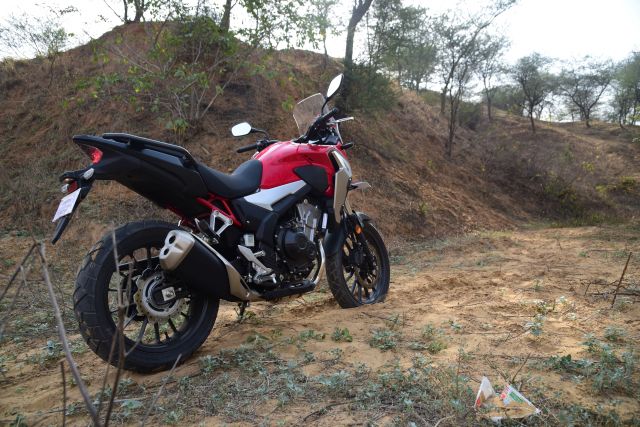