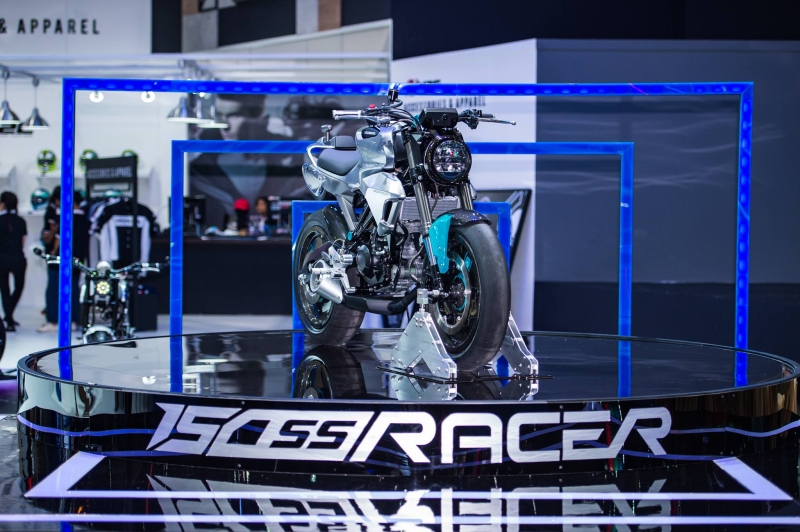 A.P. Honda is the official distributor for two-wheeled Hondas in Thailand and they brought quite the exciting concept to the recently held Bangkok International Motor Show 2017.

In a booth titled “Honda Hub of Lifester,” A.P. Honda unveiled what they have called the 150SS Racer. Described as a “modern cafe racer bike,” the Honda 150SS Racer, required an investment of over six million baht (Rs 1.13 Crore approx) in terms of R&D to create. They seem to have put that money to good use too, based on the looks of this concept. The Racer includes classic touches like those beefy disc wheels, muscular tank and shrouds, old-school round headlamp, futuristic exhaust design, and even a front-facing gyrocam on the tail piece among other things.

As the name suggests, the SS 150 Racer is powered by a 150-cc engine, likely to be the same 149.4-cc single found in the CBR 150R which produces 18.28 PS at 10,500 rpm and 12.66 Nm of torque at 8,500 rpm mated to a six speed transmission, although there is no official word on the specs. Will Honda actually make a production version of this concept? Only time will tell, but we sure do hope that the production spec SS 150 Racer comes to Indian shores sometime in the near future – are you listening HMSI? 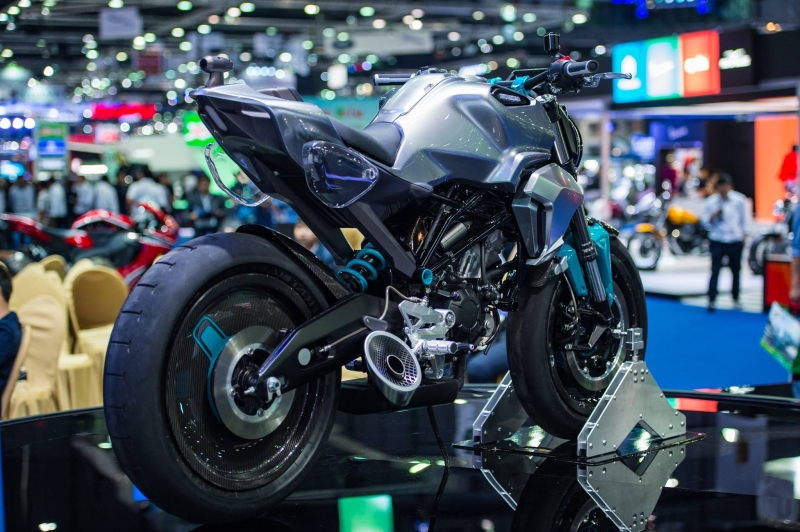