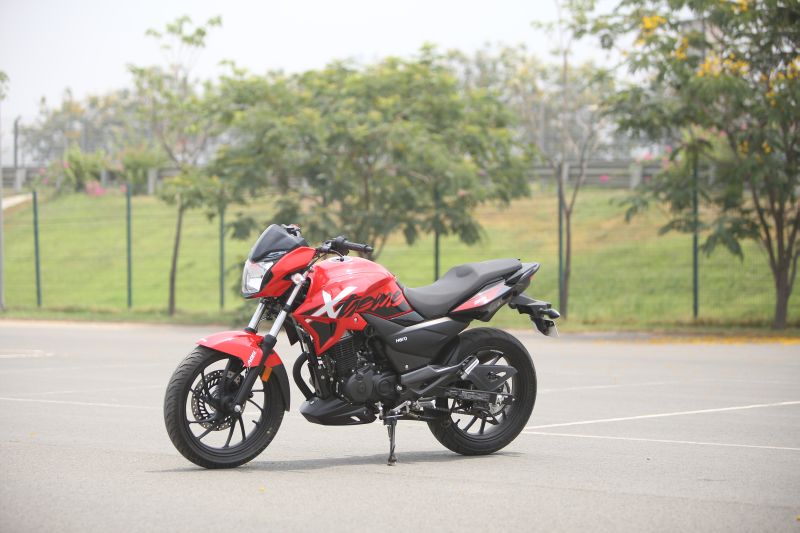 It has been over two years since we first saw Hero MotoCorp’s 200-cc Xtreme concept at the Auto Expo and, weeks before the official launch, I finally got to spend a day with the company’s most powerful naked motorcycle to date. The styling of the Xtreme 200R stays quite faithful to the original concept, minus the bright red front wheel, belly and tyre hugger, and it shares a familial resemblance with the existing 150-cc Xtreme Sports. Notable new bits are the eyebrow-esque LED position lights, steel-braided brake lines up front, a monoshock rear suspension and single-channel ABS — a first for the company. 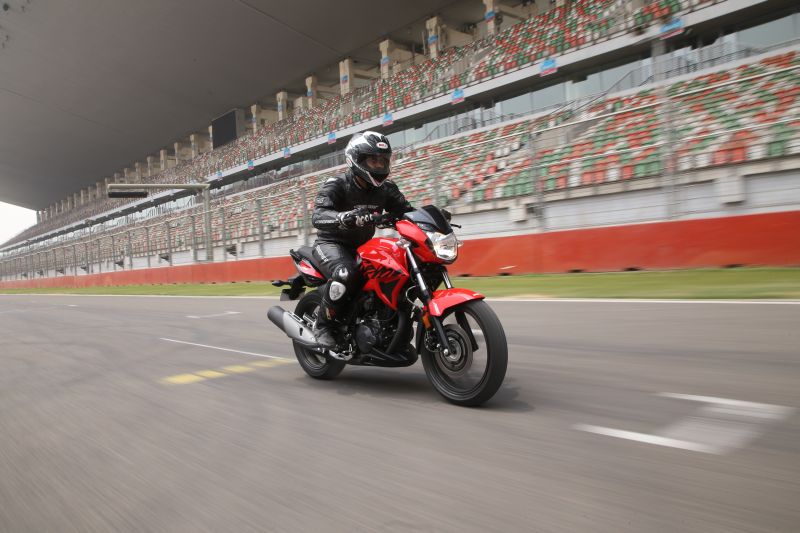 Now this is a bike that you would expect to ride in the city or out on the highway, but Hero MotoCorp though we should experience the Xtreme in an extreme environment, and invited us to Noida’s Buddh International Circuit for a first ride. We were confined to the twisty south loop of the track, and the Xtreme 200R, with its all-new frame and suspension, soon proved to be more than capable of some serious lean angles. Even when tipped all the way over, with the foot-pegs grazing the tarmac, the bike felt planted and stable, allowing me to negotiate the technical parabola at over 100 km/h with the throttle wide open in fifth. The 199.6-cc air-cooled single makes 18.4 PS at 8,000 rpm and 17.1 Nm of twist at 6,500 rpm, with a considerably generous torque spread; you can putter about comfortably at just over 20 km/h in top gear, and rolling on the throttle lets you quickly access the strong midrange, which kicks in at just over 3,000 rpm. With the throttle pinned, the engine seems to run out of breath towards the upper reaches of the rev range, but the usable spread of torque from the tractable motor definitely makes up for this, and makes complete sense in real-world riding conditions. 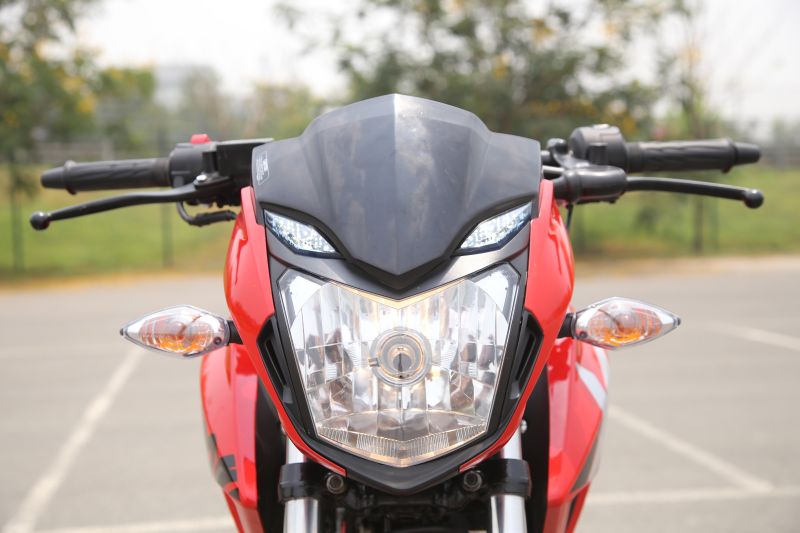 The upright riding position is ideal for a premium commuter, with a comfortable reach to the bars and the foot-pegs directly below the rider. Quality of paint and plastics seem spot on, and the bike feels solidly built, and ready to take on the 160- to 200-cc segment. We have yet to hear from Hero on the price, but are expecting it to be in the range of Rs 85- to 95 grand. The Xtreme 200R is available in five colours, and should be at your local Hero dealership before the end of June. Pick up the July issue of Bike India for a detailed first ride report. 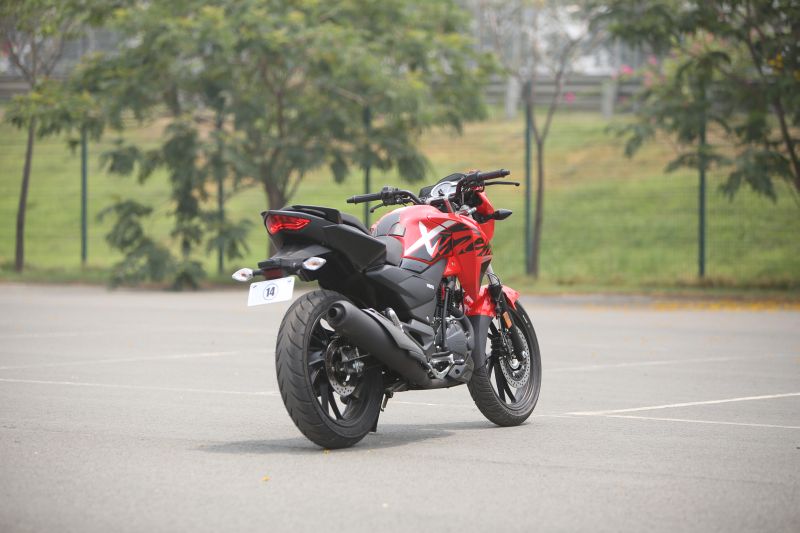