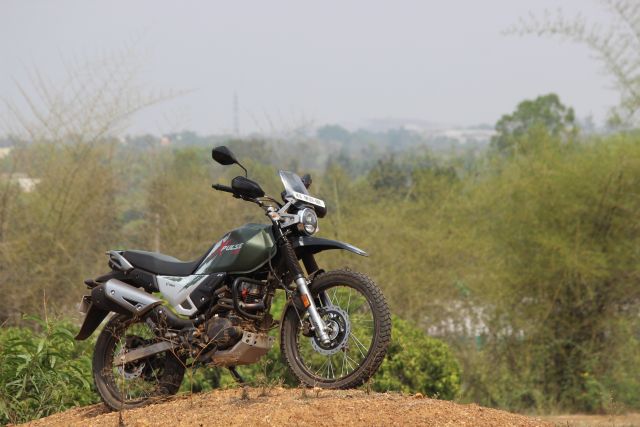 The Hero Xpulse 200 is finally here, and in two avatars. We ride them both to bring you this report

Ever since the Hero Impulse was discontinued, enthusiasts have been clamouring for a capable off-road machine from the Hero MotoCorp stable to follow in its tracks. After several years of teasers and unveils at bike shows around the world, the wait is finally over. The company has now launched the Hero Xpulse 200 in not one, but two variants; here’s what you need to know. 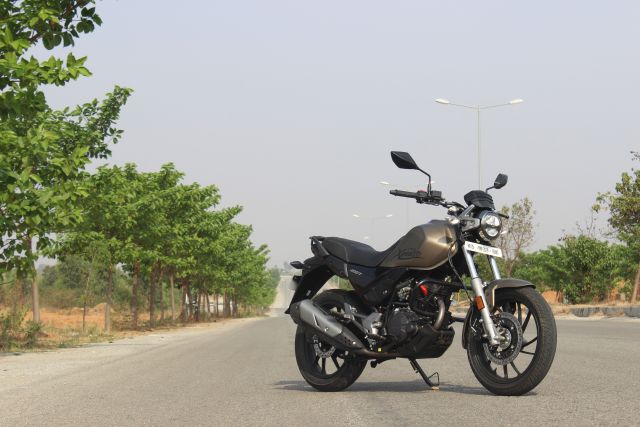 What are the Hero Xpulse twins all about?

The standard Xpulse 200 picks up where the Impulse left off, as a capable off-roader that both novices and experienced off-road riders can enjoy and hone their skills on. The Xpulse 200T is the road-going variant of this platform, and runs on 17-inch alloy wheels, a shorter swingarm and lower suspensions at both ends. Both bikes feature a fresh design, with clear ADV intentions

With that tall 21-inch wheel up front, long-travel suspensions at both ends, dual-purpose rubber, a motocross-inspired front mudguard, high-mounted exhaust and a sturdy aluminium bash plate, the Hero Xpulse 200 certainly looks ready to take on any terrain. Both bikes get a retro-looking round headlight with chrome bezel, and contained within is a modern LED headlight with segmentations for high and low beams. The Xpulse 200T is aimed at the touring crowd who would rather stick to the tarmac than hit the trails, and consequently runs on 17-inch alloys shod with road-biased rubber. It also gets a conventional front mudguard, plastic bash plate that’s more a cosmetic bit than actual protection, and sits about 40-mm lower than the Xpulse. 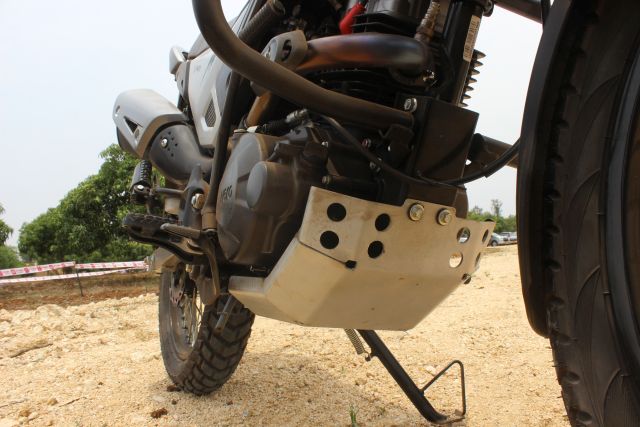 Both Xpulse variants share an identical diamond frame which houses the 199.6-cc, two-valve, single-cylinder mill from the naked Xtreme 200R. Peak output for both bikes is 18.4 PS at 8,000 rpm and 17.1 Nm of twist at 6,500 rpm. As you might have guessed, this powerplant isn’t really a top-end performer, and it is much more rewarding to utilise the low and mid-range torque than push to redline. Both bikes can cruise comfortable at 90 km/h, beyond which some vibes do set in, and top speed is between 110 and 120 km/h. 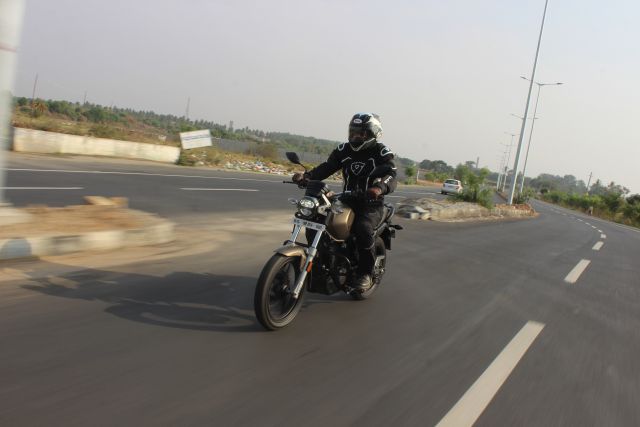 How are the Hero Xpulse twins to ride?

The riding experience is quite different on both bikes. While the Xpulse 200 takes advantage of that massive 21-inch wheel ans 220-mm ground clearance to make short work of most obstacles, the Xpulse 200T sits closer to the ground and is a nimble handler. The bikes feel solidly put together, seems built to take a beating, and long hours in the saddle are not a problem. 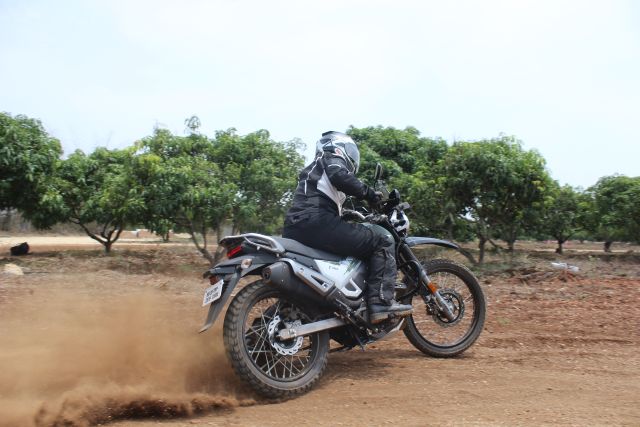 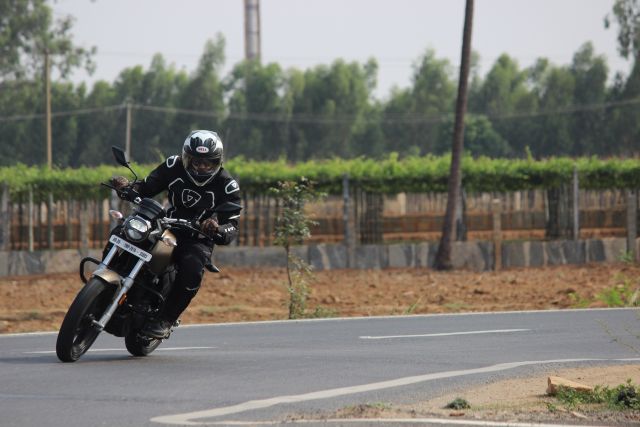 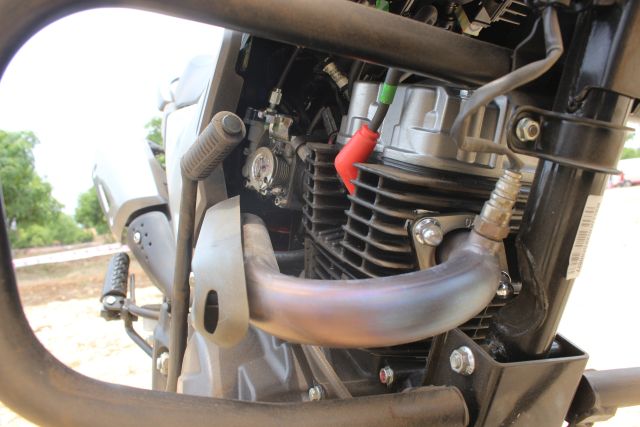 The most premium of the lot is undoubtedly the Xpulse 200, which retails at Rs 1.05 lakh for the fuel-injected variant and Rs 97,000 for the carburetted variant, while the Xpulse 200T retails at Rs 94,000 (all prices are ex-showroom). These competitive price tags put the Hero Xpulse at the affordable end of the 200-cc spectrum, and without much competition in the off-road segment at this price point, we expect adventurous riders to definitely take a closer look. 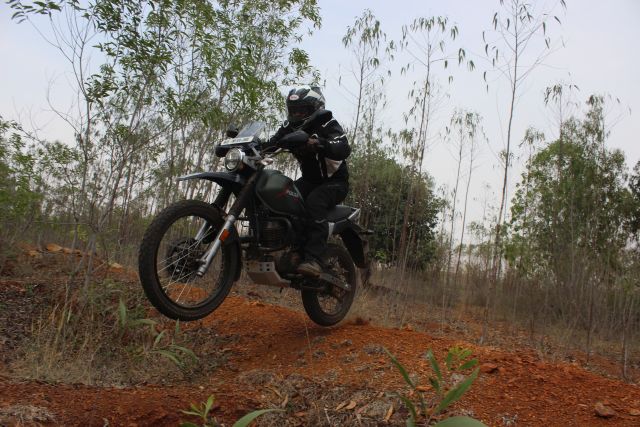 Look for a detailed ride review of both these machines in the next issue of Bike India.