The Hero Maestro Electric scooter was recently on display hinting at the possibility of a launch in the near future. 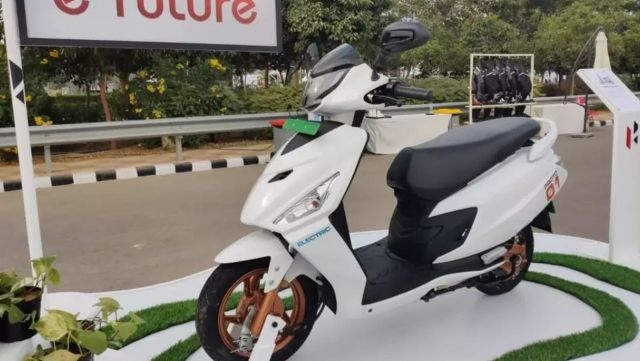 After Bajaj and TVS joined the ranks of mainstream EVs with their Chetak and iQube respectively, Hero MotoCorp seem to be all set to challenge them. A launch may not be too far away because a prototype model was seen on display recently. The white-and-copper-liveried prototype carries the same aesthetics as its petrol-powered counterpart and, considering that the prototype looks close to road-ready, we can expect it to look pretty much the same once the final product is ready and launched.

While the chassis and suspension components are expected to be identical to the regular Meastro, we can look forward to improvements in the instrument cluster because there is a good chance that Hero might update it with features to challenge its rival EV models, including cloud and smartphone connectivity. The Hero Maestro Electric may also receive forward, neutral and reverse modes like some of it rivals. The scooter will draw motive force from a hub-mounted motor that draws juice from a lithium-ion battery. However, Hero MotoCorp have not disclosed any technical specifications at the moment.

From the pictures it is evident that the Hero Maestro Electric will receive drum brakes at either end supplemented with the safety of CBS (Combined Braking System). This is, perhaps, a move to optimize the cost because the Chetak and iQube are priced at a little more than a lakh of rupees (ex-showroom). We expect to see the Maestro Electric in the market by the end of this year.