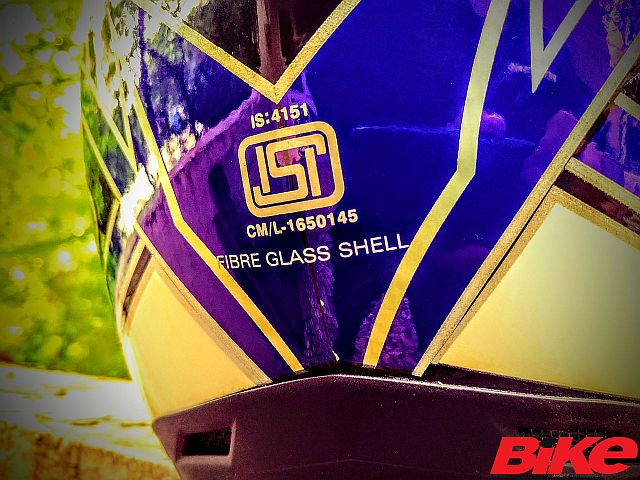 The Ministry of Transport has passed a new ruling stating that selling any helmet not complying to the certified standards of the Bureau of Indian Standards (BIS) will be considered an offence. Furthermore, helmets are now set to become up to 300 grams lighter, dropping from a 1.5 kg maximum weight to about 1.2 kg. These standards are set by the BIS with the aim of making helmets safer. There has also been talk of a price drop for these BIS certified helmets to curb riders from buying cheaper, low-quality helmets. As per the new ruling, all manufacturers must abide by these new standards and get the mandatory BIS certification.

Riders now cannot use caps, or cricket and industrial safety helmets as alternate options from a proper motorcycle helmet. Instead, provisions have been made to ensure that helmet manufacturers produce helmets with proper ventilation, as this is a commonly cited grouse that deters the Indian populace from wearing proper motorcycle helmets.

The 2 Wheeler Helmet Manufacturers Association has welcomed the new standards that have been set in place by the government, making helmets lighter, sturdier and cheaper. Speaking on the announcement, Rajeev Kapur, President of the 2 Wheeler Helmet Manufacturing Association, said, “The new standards are designed in accordance to Indian speed limits and riding conditions hence these will be more appropriate to design and manufacture two-wheeler helmet for gen next.”

He added that this new step will bring down fatalities in road accidents and stop the sale of fake and low-grade ‘road-side’ helmets, which have been selling well even with their sub-standard safety levels.

A revised update has been released by the government giving helmet manufacturers a new timeline and an announcement of penalties that can be concurred if there is a breach of the ruling by manufacturers. The new timeline has been shifted to 60 days from now for manufacturers to comply with the new norms. Previously the government had laid out a six-month period for the same. Penalties for manufacturing, storing and selling non-ISI certified helmets would be heavy fines and even jail time. A two-year prison sentence for manufacturing sub-standard helmets is aimed at safety for commuters, which we at Bike India have no quarrel with, but there is a looming question.

The new ruling doesn’t share much light on DOT, ECE or Snell rated helmets. DOT (Department of Transport) and ECE (Economic Commission of Europe) are similar if not better than ISI safety ratings for America and Europe respectively. Snell Memorial Foundation, on the other hand, is a non-profit organization founded in 1957 for the safety of motorcycling. A Snell rating is not required by governments per say, but it is quite often an absolute requirement in many track and race sanctioning bodies. Snell has some of the most stringent testing, which brings us back to the question. Will the government recognize foreign safety ratings? Will ISI standard rating affiliate themselves with the likes of DOT, ECE, and Snell? It just might be that you may have a helmet that has a highly regarded Snell rating but no ISI rating (maybe due to a purchase abroad, and probably at an exorbitant price), but you cannot wear a perfectly safe helmet. This is something the government should have already addressed and we hope they will soon.