Ever seen a convoy of Harley-Davidson motorcycles cruising down the road? Ever wondered what it would be like to ride with them? Well, we found out when we got a three-day VIP pass to become an honorary HOG member and ride with the Harley boys for the Western HOG Rally to Aurangabad. 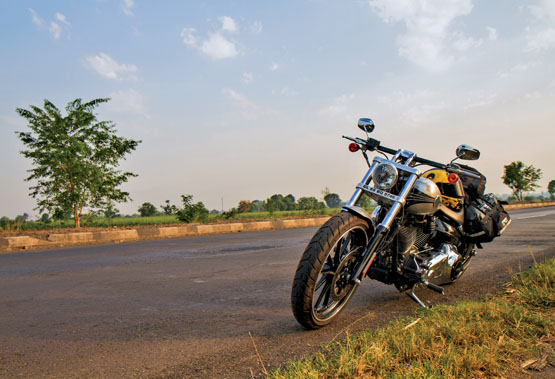 I’ve been on group motorcycle rides before with other two-wheeler manufacturers but I’ve never been on a ride with the HOG (Harley Owners’ Group) riders. I used to wonder how I would feel riding a Harley-Davidson for a long distance. I knew I wouldn’t look like Captain America on the Street 750 in ‘The Avengers’ nor like John Travolta on a Fat Boy in ‘Wild Hogs’, but there was always hope.

Then one day a call came from Harley-Davidson India, inviting us to attend the Western HOG Rally. Since it was in Aurangabad, they were going to arrange for a motorcycle for us so that we could ride along and be a part of the HOG community. We didn’t end up picking straws to decide who will go for this Western HOG Rally, since our editor had already decided who would go. Luckily it was me.

As myself and my colleague started riding towards the Two Rivers Harley-Davidson showroom in Pune, I kept wondering which of the steeds from their stable I’d get to ride for this Aurangabad rally. Upon reaching the showroom, I was handed the key to a Breakout, H-D’s latest entrant in the Softail category of motorcycles. This motorcycle weighs 322 kg, has a 1,690-cc engine and costs about Rs 19 lakh on the road in Pune whereas tiny me weighs in at 64 kg with a height of 5′ 6”. I thought riding this motorcycle would be a Herculean task, but I was wrong. This two-wheeled beauty looks big and might seem intimidating, but it’s actually very easy to ride and is quite manageable. 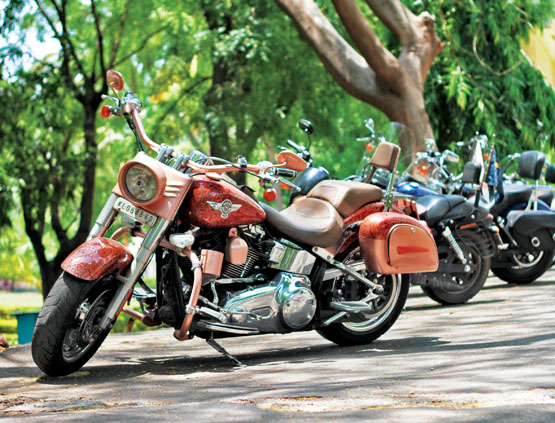