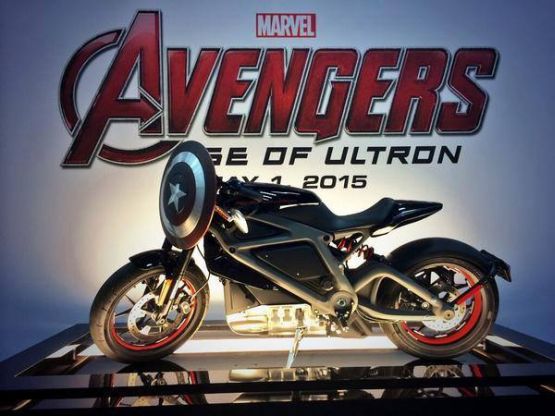 The 2014 San Diego Comic-Con, played a perfect platform for a new JV (joint-venture) between Harley-Davidson and Marvel Studios for project LiveWire. The American motorcycle brands first-electric motorcycle is set to feature in the upcoming, Avengers: Age of Ultron movie. The Hollywood action-flick will see Natasha Romanoff (a.k.a. Black Widow) played by Scarlett Johansson, kick-up some insane action on the HD LiveWire.

Marvel and HD fans alike will remember that this is not the first time the two brands have teamed-up on the silver screen. The Harley-Davidson Street 750 was featured in Captain America: The Winter Soldier earlier this year, ring a bell?

Speaking to the media at the event, Dino Bernacchi, Director Marketing, HD commented, “Our partnership with Marvel continues to provide thrilling platforms to showcase our latest innovations to existing and new fans of the brand and we are happy that not one, but two bikes will be featured in Avengers: Age of Ultron – Project LiveWire and the Street 750.”