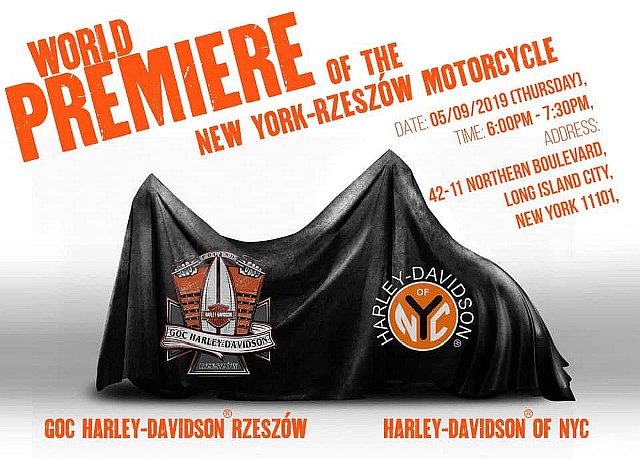 The latest creation from the Polish powerhouse sees the Game Over Cycles Custom Harley Street Bob set for reveal in New York.

Harley-Davidson are a brand synonymous with customization, where flamboyance is often the name of the game. Custom shops for these big cruisers have popped up all over the globe adding in their own cultural flair and inspirations. The latest news to catch our ears comes from some old friends at Game Over Cycles (GOC). GOC are about to showcase their newest creation, a Harley-Davidson Street Bob designed and inspired by the cities of New York and Rzeszów. 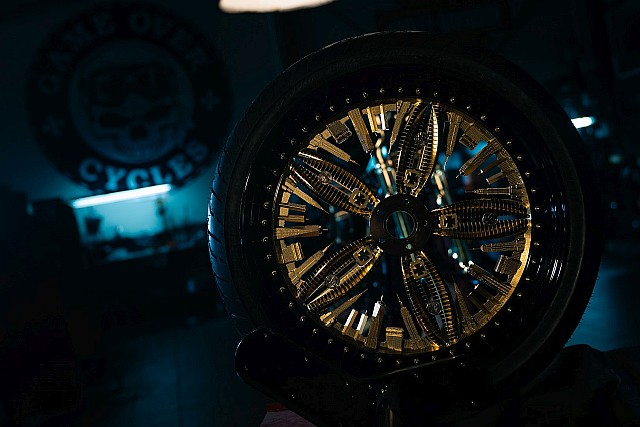 The bike has been built at GOC’s workshop in Rzeszów, Poland and has been transported to New York for the official unveiling. The motorcycle has been built with patriotic inspired expressions of both cities and their respective cultures. The reason for this is the customer for this bike, is from Poland and lives in New York.

New York is represented here by a number of details such as the wheels engraved with famous buildings of the Manhattan skyline, one dollar coin-shaped fuel cap, the New York Yankees logo timing cover, an exhaust pipe shaped after the Chrysler Building and covered with 24-carat gold, and more. The city of Rzeszów is depicted by the Revolutionary Act Monument placed in the middle of the wheel among the Manhattan buildings, a rear seat in the form of the Tadeusz bridge, the Rzeszów coat of arms shaping the rear brake-light and a gold one covering the air filter, tank paint-job of the Rzeszów skyline, and more. 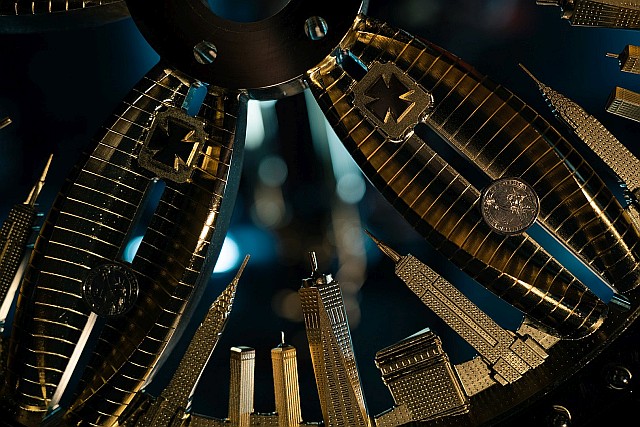 The Game Over Cycles custom Harley-Davidson Street Bob is made primarily of aluminium, brass, steel and a fair bit of gold-plating added. The motorcycle will be showcased at the premises of Harley-Davidson of New York City on 9 May at an event.

You can also read about a past model by GOC here: (Heavy Metal Mayhem)