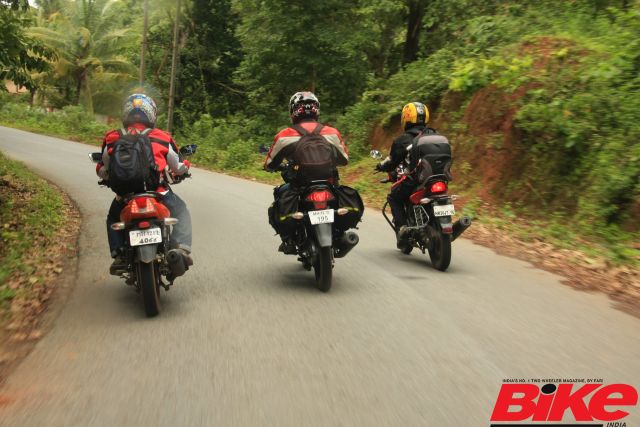 Over the past few months, fuel prices have shot through the roof. We take a closer look to analyse the elements behind this price hike

Of late, most of us have been following news about fuel prices with the same trepidation that we have reserved for horror movies. Despite knowing that it is going to be unpleasant, we eagerly await the climax. Then we gape incredulously at the series of events that unfold; in this case, the most recent hike in the price of the golden liquid. When a barrel of crude oil is cheaper than it used to be a few years ago, why has the price of fuel not gone down proportionately? We did a little digging to find out. While we did get answers, unfortunately, we did not strike oil..sigh. 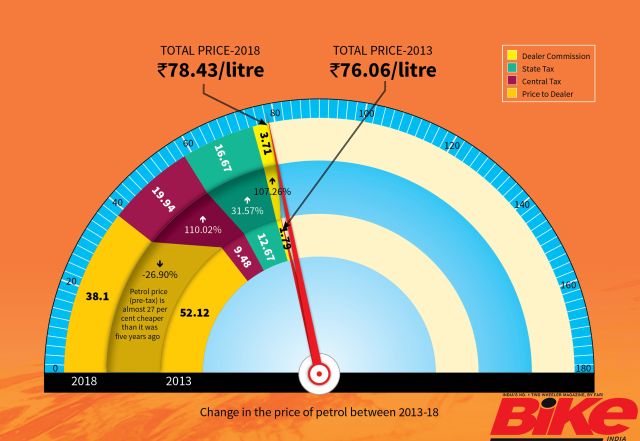 As a matter of fact, before tax, petrol is now cheaper than it was five years ago. The exorbitant price of fuel is a direct result of the large percentage of tax levied on it. Dealer commission, state government tax, and central government tax are the factors that affect the price of petrol. Central tax has increased twofold as compared to the situation five years ago. State tax has shot up by 28 per cent. The only reasonable progression in this mix seems to be the dealer commission which now constitutes Rs 3.62 of the price of a litre of petrol. Since Central and state taxes are a percentage of petrol price, the government’s revenue increases with each price hike. While Central Excise Tax is specific, the State VAT (Value-added Tax) is ad valorem. Which is why the rate of petrol varies from state to state. One way to bring down the price of crude oil products would be to revise the taxes; a move that is long overdue.
The government is reluctant to reduce the price of petrol because of the considerable revenue generated by the tax on petroleum. In the 2016-17 fiscal, the Central government generated a revenue of Rs 2.7 lakh crore from the tax imposed on the petroleum sector. This figure is more than double of what they received in the 2014-15 fiscal, according to some news agencies. They report that the State government’s revenue for 2016-17 increased by 18 per cent from the Rs 1.6 lakh crore income they drew in 2014-15. Between November 2014 and January 2016, the excise duty was raised nine times. However, it was cut only once, in October 2017. 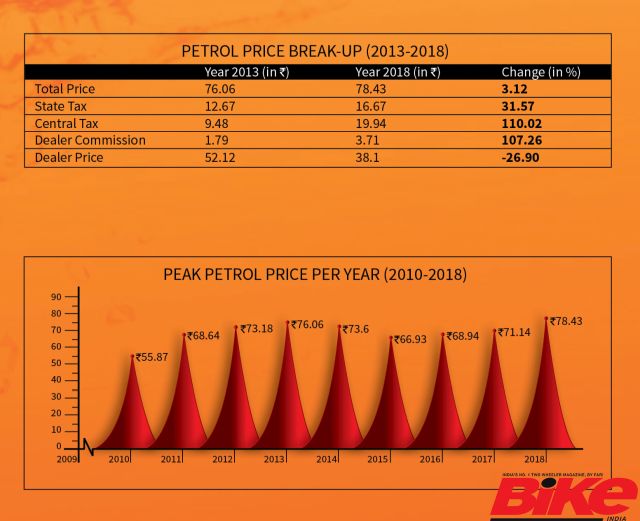 The price of petroleum and its products could be decreased if they were included within the GST (Goods and Services Tax). However, considering the amount of money the government is currently earning in revenue, it is reluctant to include petrol in GST. Of the 28 per cent of GST, the State government’s share will be 14 per cent as opposed to the 21.3 per cent they are currently receiving per litre of fuel. This is probably why we are yet to arrive at an acceptable rate of GST for petroleum products that protects the state’s revenue while keeping petrol accessible. However, if a stable tax structure is achieved, any excess revenue generated can be fed into a “stabilization fund”. The fund will enable the government to keep petrol accessible to the ordinary citizen while covering the losses (if any) of oil companies.

To summarize, the price of petrol can be optimized, but it can only be done if the government decides to take a pay cut in their tax revenue. The oil ministry maintain that the government is “sensitive“ towards rising fuel prices and is exploring alternatives. Hopefully, this sensitivity will result in some action being taken to alleviate the plight of motorists across the country in the near future.