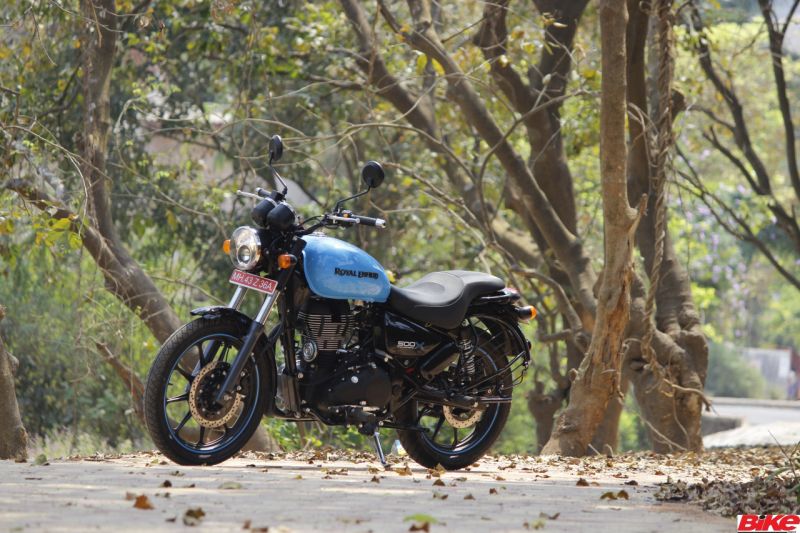 Royal Enfield’s recently-launched retro-cruiser definitely catches the eye, but what else have they changed? I took a short trip to Lonavala to find out.

A pragmatic mind will argue that, for the money, the Indian motorcycle market does have a wide choice of machines, then why would anyone go for a Royal Enfield Thunderbird? Riding along with that familiar ‘thump’ splitting the air around me, I realised that I knew the answer but I could not explain it. It has to be experienced. I was riding the recently-launched Thunderbird 500X causing a lot of heads to turn with the almost heretic blue hue. 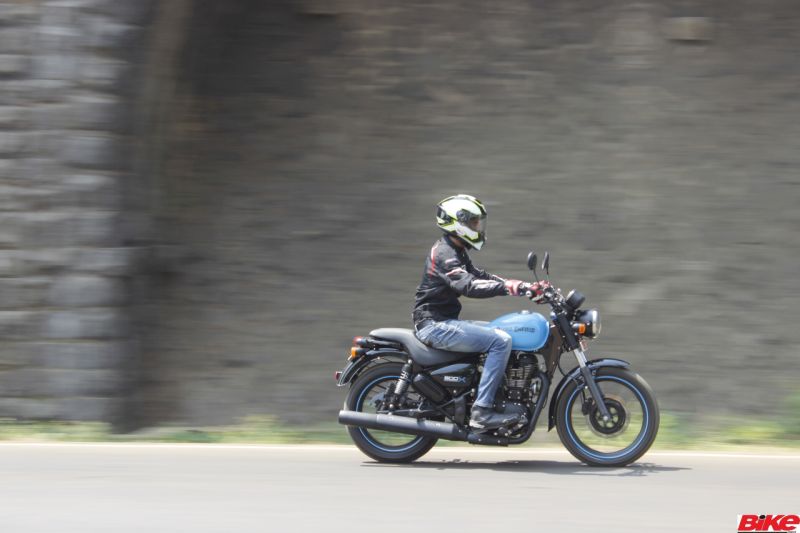 The most obvious thing about the Thunderbird X is its colour. The fuel tank is a solid, candy colour which is also seen on the rim stickers and on the ‘X’ in the side panel. The rest of the motorcycle has been painted black, giving it ample visual appeal. I swung a leg over the motorcycle and settled into the well-contoured seat, which was comfortable and roomy, ideal for long-distance cruising. The newly-positioned handlebar was within reach and conveniently so. Additionally, it also helped turn the motorcycle easily; a boon when navigating through slow-moving traffic.

Mechanically, there are no changes to the motorcycle, and suspension and braking equipment remain the same as on the standard model. I am disappointed that Royal Enfield are not offering the option of ABS at this price range.

Powering the motorcycle is the same air-cooled single-cylinder 499-cc engine that makes 27.5 PS at 5,250 rpm and a peak torque of 41.3 Nm at 4,000 rpm. We will bring you a detailed first ride review in some time. Meanwhile, check out what’s new in the Thunderbird X range. 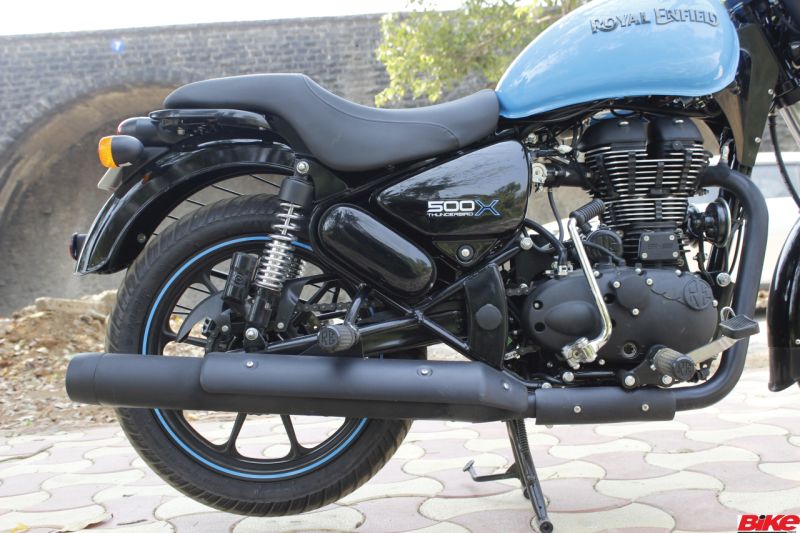 Looking at the motorcycle, the first thing you notice is the tank colour. The bright candy colours for the fuel tank are unlike anything seen on production Royal Enfield motorcycles, barring a few special editions. The colours are also reflected in the rim stickers and the ‘X’ graphic on the side panels. The Thunderbird 350X is available only in Roving Red and Whimsical White, while the 500X is limited to Getaway Orange and Drifter Blue. 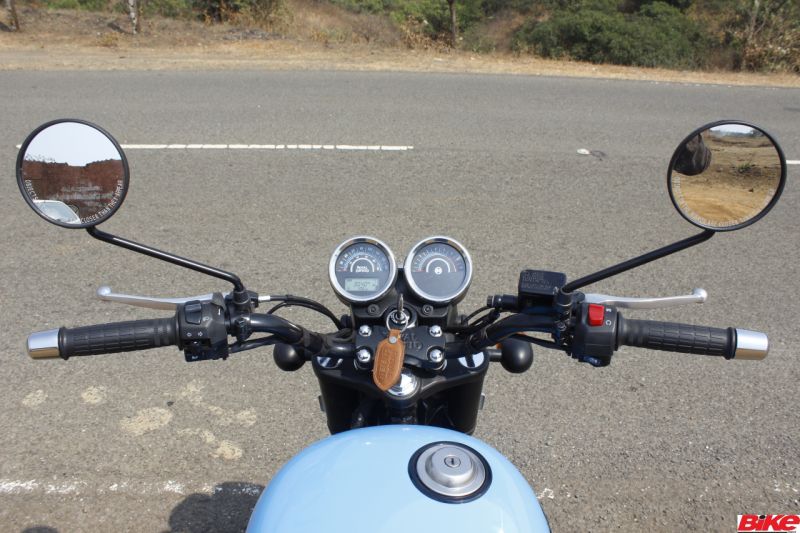 Unlike the split saddle we have seen thus far on the Thunderbird range, the X range sports a well-contoured, wide, single-piece seat. The grab-rail with back-rest has been replaced with an under-seat grab-rail that complements the motorcycle’s urban styling. The wider rider’s seat is well-padded and offers great comfort. The pillion does not enjoy similar comfort thanks to the awkward position of the grab-rail and the miniscule seat.

Once perched in the saddle, a Thunderbird fan is likely to miss the cruiser handlebars. The new long-reach handlebar on the Thunderbird X does require the rider to reach further compared to the standard model but does not compromise on the motorcycle’s cruiser credentials. The flatter and lower bar aid manoeuvrability at low speeds and inspire enough confidence to attack corners.

Along with the handlebar, Royal Enfield have also changed the mirrors. The new ones are circular and resemble the ones on the Himalayan. 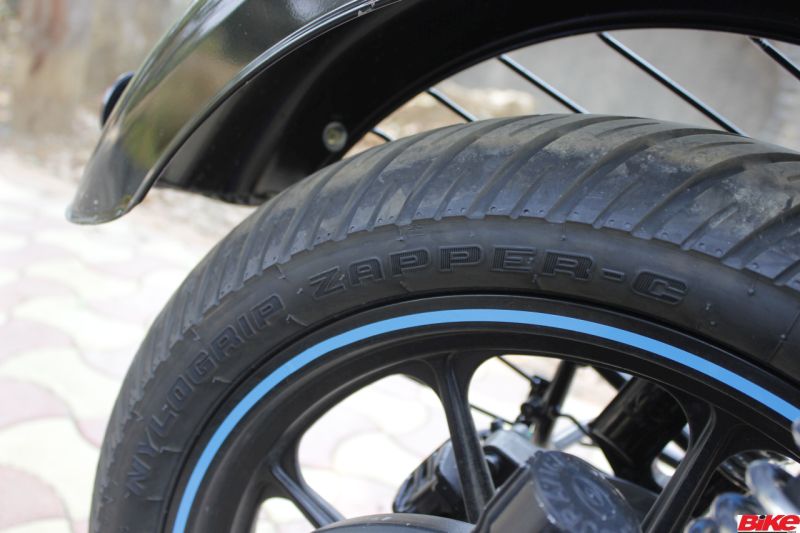 Royal Enfield have taken a diversion from tradition and opted for alloy wheels with tubeless tyres. The black wheels sport colour highlights along the periphery of the rim to match the shade of the motorcycle. The new wheels are wrapped with MRF Nylogrip Zapper tubeless tyres; 90/90-19 at the front and 120/80-18 at the rear. 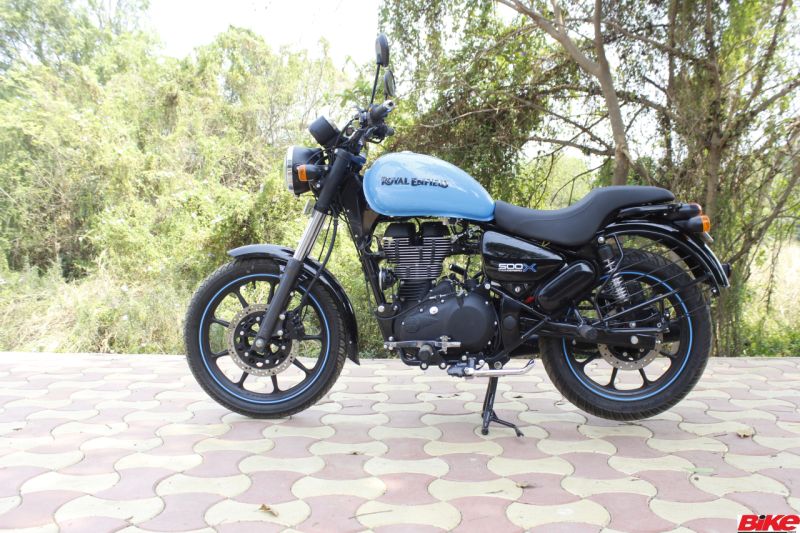 The weight, fuel tank capacity, wheelbase, and ground clearance of both variants remain the same. The Thunderbird X is shorter in both length (by 20 mm) and height (by 65 mm) as compared to the standard model. However, it is wider (by 40 mm) than the standard model, courtesy of the new handlebar. Length, width and height were measured without the mirrors.

The Thunderbird 350X is priced at Rs 1.56 lakh and the more powerful Thunderbird 500X costs Rs 1.98 lakh (ex-showroom, New Delhi). Both motorcycles are priced Rs 10,000 more than the standard variants.

Watch out for the first ride review in the Bike India magazine.