HRC, the racing arm of Honda, has released a photo of the RC213V-derived MotoGP production racer bike testing at the Twin Ring Motegi circuit in Japan. Taken with little zoom, the grainly photo doesn’t divulge too many precious details about the racebike built for the road, except that it will not feature HRC’s ‘seamless’ gearbox and pneumatic valves, and will come with Nissin and Showa components.

An alternative to the CRT machines available now, Honda’s ‘for sale’ production racer and Yamaha’s M1 leasing program give satellite and private teams another option when looking to compete in the MotoGP championship. While these privateers will have more competitive machinery than they have had in recent years, the factory team advantage remains alive and well in Grand Prix motorcycle racing, which in the current climate means only two or three teams have a shot at the Championship title at the end of the season.

Talking about the project’s current state of progress, Shuhei Nakamoto, Executive Vice President, HRC, stated, “Development of the model is currently a little behind schedule but the test results showed more than what we had expected, in particular, with its running performance.” “We can’t announce its name or the specification at this stage but we will have an opportunity of announcing the details in the not too distant future,” he continued. “We will keep on developing the machine to meet the 2014 MotoGP technical and sporting regulations, and will introduce the model by the end of this year.”

The Honda RC213V-derived MotoGP production racer will cost roughly €1 million when it goes on sale, sometime next year. Start saving up! 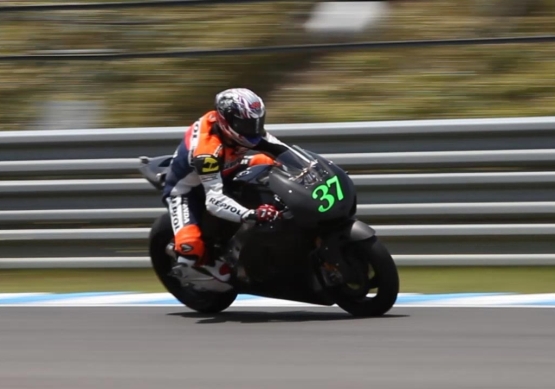