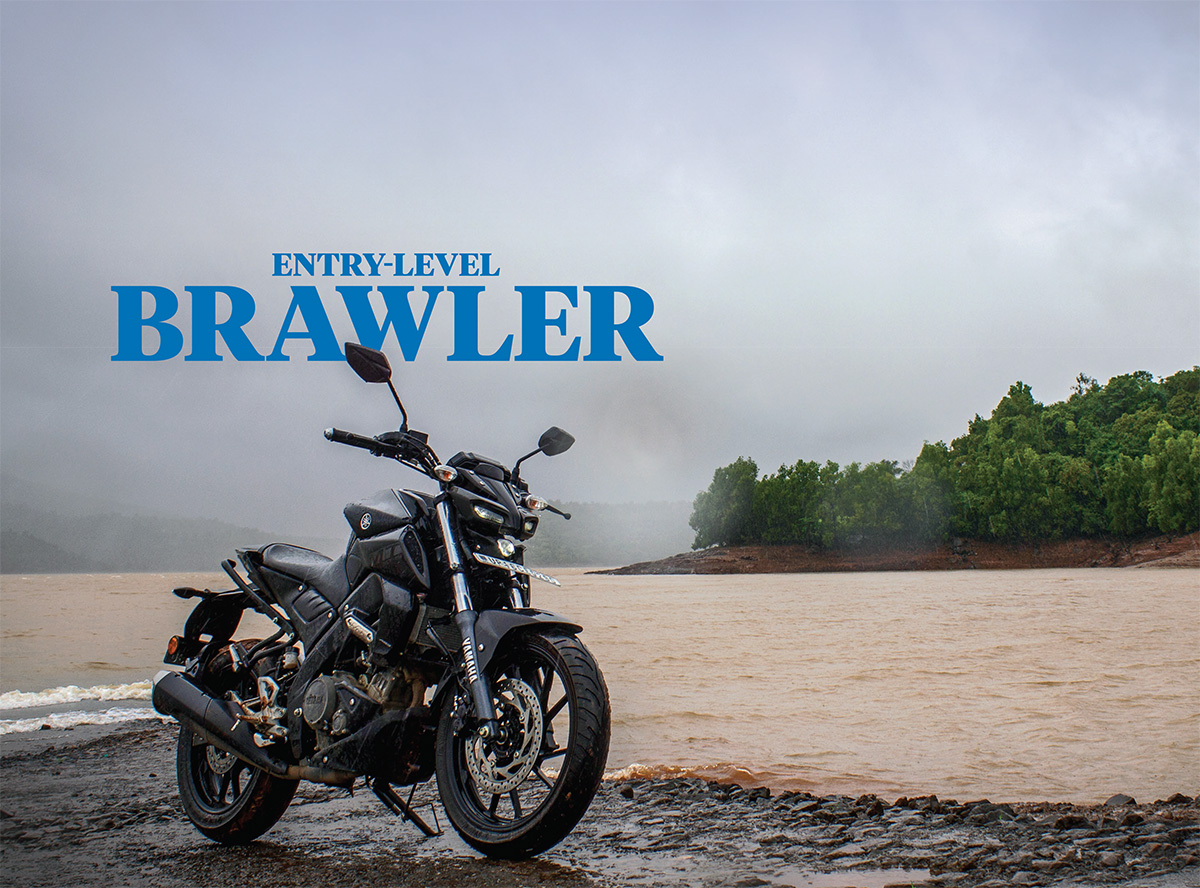 The Yamaha MT-15 is definitely at the stylish end of the 150- to 200-cc naked bike segment and, being a new design in our market, it’s sure to attract attention. But street cred isn’t everything; we want to know if Yamaha India’s entry-level street naked will provide sufficient thrills to throttle-happy young riders who want a bike that not only looks good, but also performs at a level that lives up to the streetfighter tag. I did have a great time riding the MT-15 at the Buddh International Circuit during its launch a few months ago (story in the April 2019 issue of Bike India); however, today is about discovering how the motorcycle performs in the real world: does it have the moxie to match those bold looks? 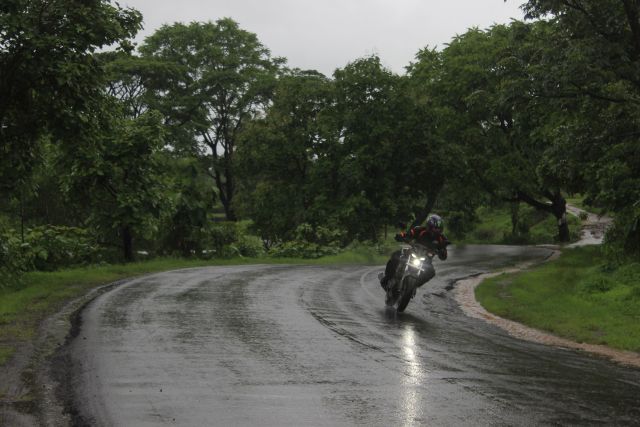 Setting off on a rainy morning through Pune’s streets, the MT-15 immediately feels light and friendly, the riding position hinting at its mischievous nature. The slightly rear-set foot-pegs feel sporty and the handlebars put the rider in a commanding position over the front end. The bike is compact, nimble, and changes direction easily, making filtering through traffic particularly effortless as we head out of the city and towards the highway. The 155-cc liquid-cooled motor suspended from Yamaha’s proprietary deltabox beam frame makes more power than any other 150-cc bike on the market, with a class-leading 19.3 hp coming in at 10,000 rpm. The engine breathes through a four-valve SOHC head, while Yamaha’s Variable Valve Actuation (VVA) system alters cam profiles based on the rpm, contributing to the linear acceleration and excellent top-end performance.

The MT-15 is happy to potter around town at 3,000 to 5,000 rpm but, as the revs rise, the smooth purr from the exhaust turns into an angry snarl and the bike starts to accelerate much harder than you expect it to. There is enough power on tap to send the front wheel skywards with a little help from the clutch; torque peaks at 14.7 Nm at 8,500 rpm and the bar-type tachometer continues to rush towards its lofty 11,500-rpm red-line. A bright white shift light flashes at 10,000 rpm, prompting you to upshift in time to keep the engine in its sweet spot for the next gear and the next quick overtake. 100 km/h comes up surprisingly quick and I was cruising at triple-digit speeds for extended periods without the motor feeling one bit stressed. 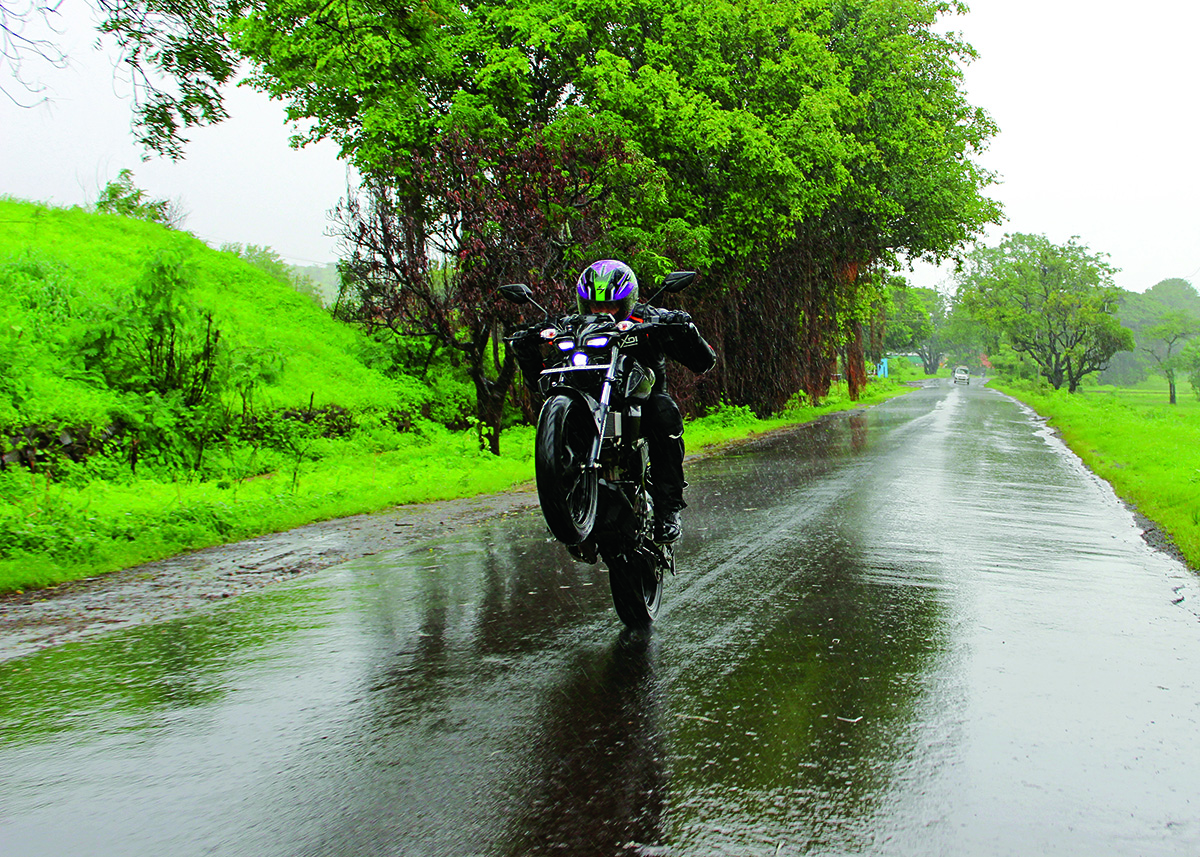 Although the rain was pouring down by now, the MT-15 felt extremely stable and planted, even holding its composure when an errant truck pulled out in front of me, forcing me to go hard on the brakes as I downshifted rapidly and took evasive action. The anchors did their job without fuss and the MRF tyres gripped well in the wet, while the slipper clutch and single-channel ABS kept the wheels from locking up and sending me sliding down the road. 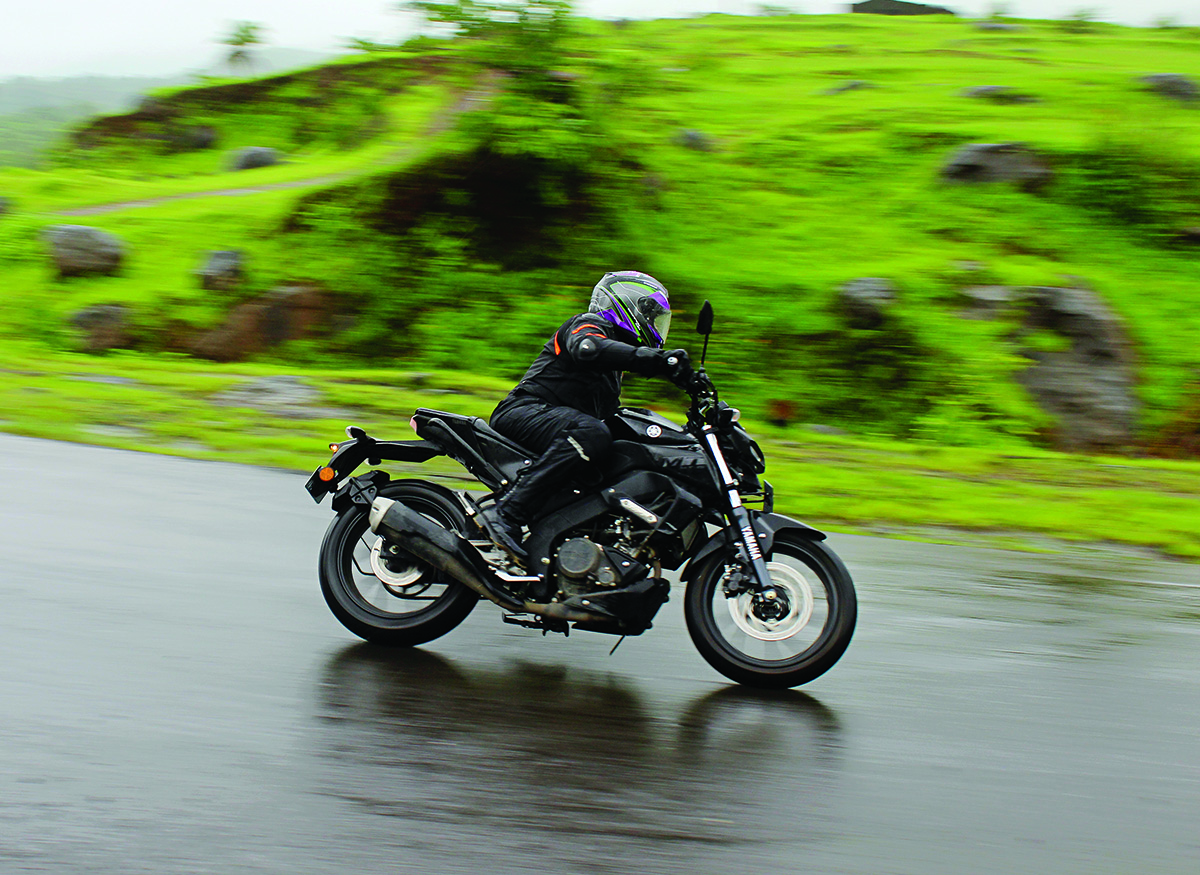 The MT-15 is great fun through a set of corners, as I discovered at the racetrack during my initial ride, and attacking this unknown, rain-soaked road was just as much fun. The bike inspired confidence as I leaned it this way and then that, providing me with the necessary feedback through the chassis to push it further and further, while the suspension ironed out bumps and mid-corner road imperfections to keep me pointed in the right direction. 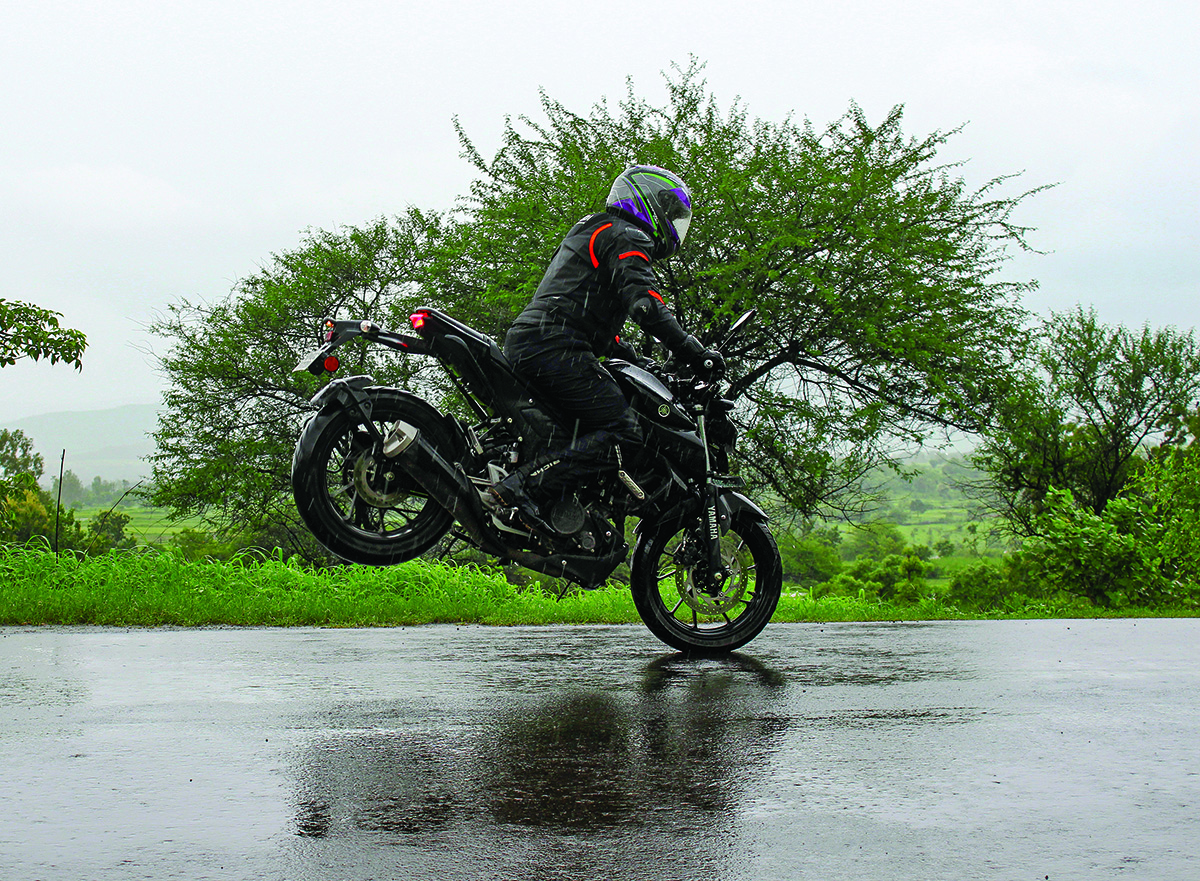 A day spent with the MT-15 has me convinced that Yamaha have built a competent and capable motorcycle. The free-revving engine will be a willing accomplice when you are in the mood for mischief, and the fact that the bike performed so well in these tricky conditions is a testament to its spot-on riding dynamics. It seems that the Yamaha MT-15 isn’t just another pretty face; it’s a proper entry-level streetfighter with the goods to match the looks.