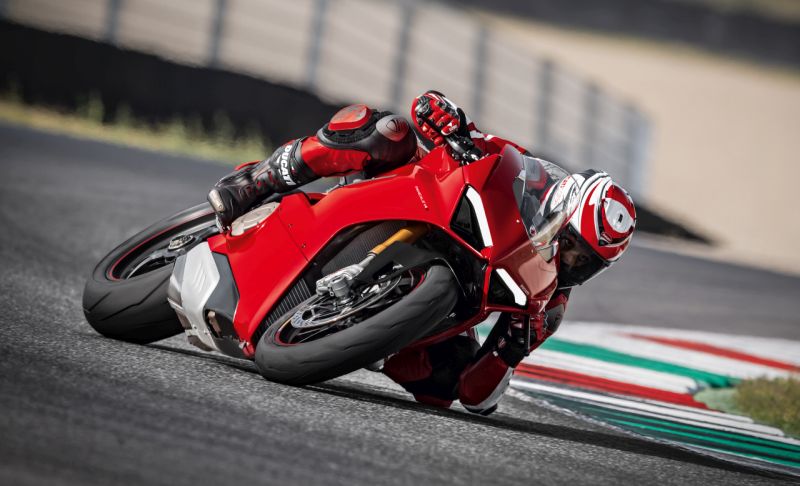 Visually, the Panigale V4 continues to echo the clean, aggressive-yet-flowing design that has come to be associated with the Ducati brand. The fairing bears no blemish. It begins with a sharply-cut nose and gets more sculpted as you progress towards the muscular tank. Look beyond the rider’s seat, and your attention will be focused on the single-sided swingarm, showcasing the rear wheel wrapped in Pirelli Diablo Supercorsa SP rubber. Even at a standstill, the Panigale V4 is as beautiful as it is formidable.

However, standing still was the last thing it was built to do. Beneath all the glamour is the Desmosedici Stradale; the 90-degree V4 with Desmodromic valve timing – think Desmosedici GP. The Desmosedici Stradale also uses an 81-mm bore (maximum allowed by MotoGP regulations) albeit with a longer stroke than the racing machines. Ducati claim that this move will boost low-to-mid rev torque, and reduce maximum revs so that the power is more manageable. The 1,103-cc unit dishes out a whopping 214 PS at 13,000 rpm. 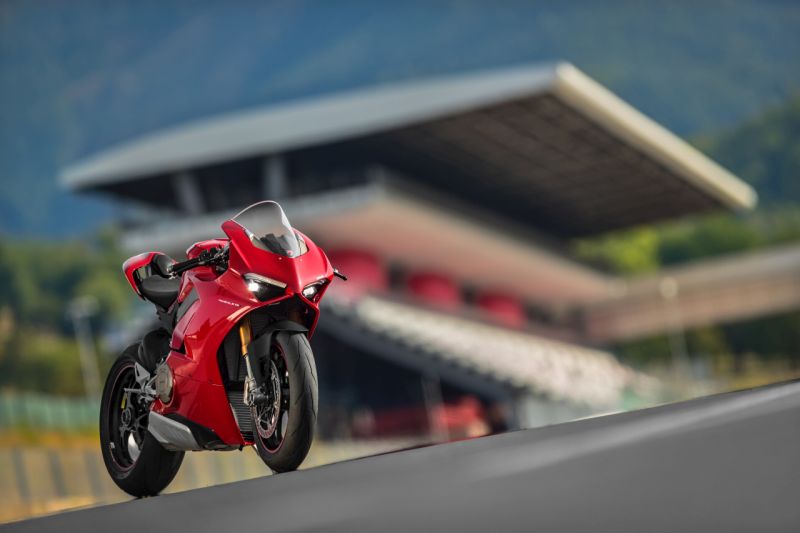 As if the Panigale V4 wasn’t mad enough already, Ducati have revealed that the Desmosedici Stradale configuration can be boosted to 226 PS after being equipped with an all-titanium Akrapovič racing exhaust, as per Ducati Corse specifications.

The new engine forced the engineers at Ducati to design an all-new frame. Ducati claim that the ‘Front Frame’ (as it is now known) is more compact and lighter than a perimeter frame, and uses the engine as a stressed member. The new frame and the use of lightweight materials have managed to keep the weight of the S and Special versions down to 195 kg. Ducati have revealed that this has resulted in a power-to-weight ratio of 1.1 PS/kg; opening doors for a wide spectrum of possibilities in the performance department. 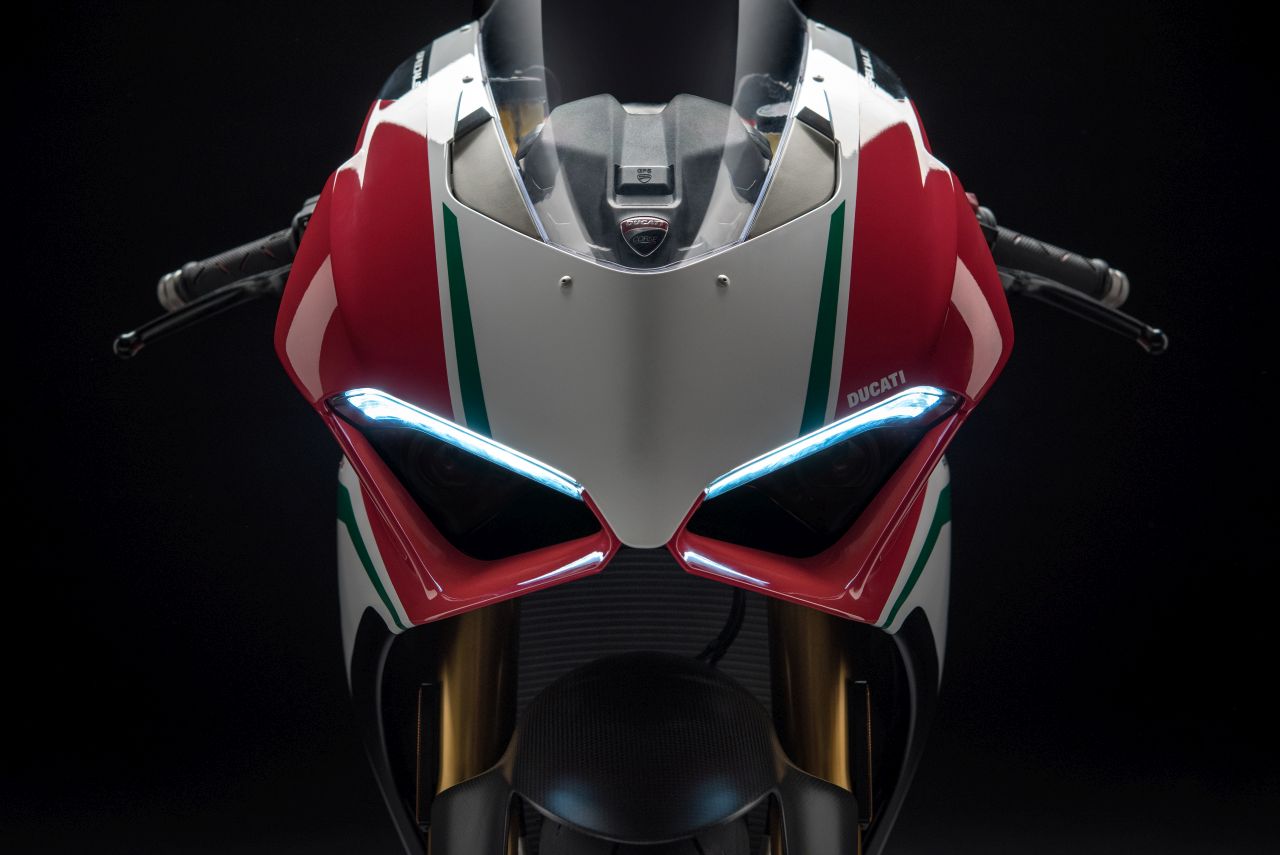 We can’t wait to get our hands on this marvel!