Limited to only 500 units worldwide, the Ducati Panigale V4 25° Anniversario 916 was revealed at the American round of the World Superbike championship, at Laguna Seca. 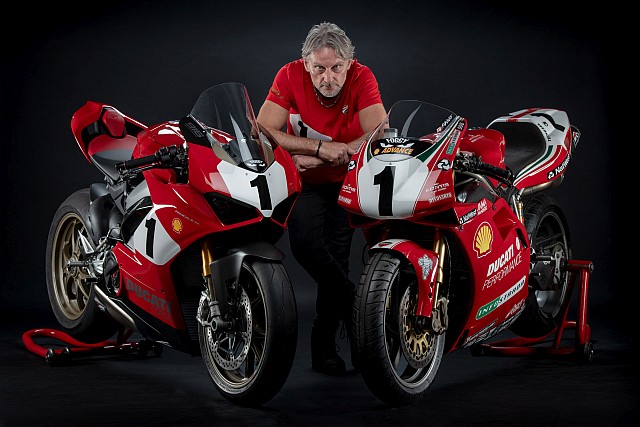 The new Ducati pays homage to the Ducati 916 for it’s 25th anniversary. The 916 was produced in 1994 followed by the Ducati 996 and the Ducati 998 until 2004. The Ducati 916 was a unique bike of its time. The new motorcycle is based on the Panigale V4 S and borrows special features from the Panigale V4 R such as the Front Frame that has been designed to Ducati Corse specifications, the dry clutch and even more track-specific electronics such as Ducati Quick Shift EVO 2, optimised for aggressive gear shifts, and ‘predictive’ Ducati Traction Control EVO 2.

The engine of the Ducati Panigale V4 25° Anniversario 916 is the 1,103-cc Desmosedici Stradale 90 degree, V4, counter-rotating crankshaft, four Desmodromic timing, four valves per cylinder, liquid-cooled engine. The bike produces 214 PS at 13,000 rpm and 124 Nm of peak torque at 10,000 rpm. The bike features an open dry clutch and type-approved titanium Akrapovič silencer that transforms the bike into a pure racing machine and reduces the weight to an extent. The open dry clutch gets a carbon fibre clutch cover, mounted as standard which results in the bike giving out a classic metallic sound. The new Akrapovič silencer is 0.5 kg lighter than the one on the Panigale V4 S and its carbon fibre end caps and honeycomb pipe grids give the bike a MotoGP-like racing touch and of course make it sound like a beast. 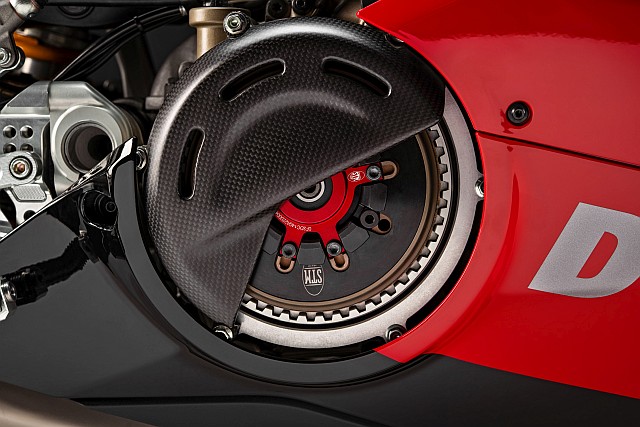 The Panigale Anniversario 916 gets an aluminium alloy front frame with optimized stiffness paired with an Öhlins NIX-30 front fork, an Öhlins TTX36 rear shock and an Öhlins steering damper that are all managed by the Öhlins Smart EC 2.0 control system. What makes this bike fast and easily flickable in corners are the super sticky Pirelli Diablo Supercorsa tyres and the ultralight forged magnesium Marchesini Racing wheels (reduce upsprung weight by 1 kg compared to the Panigale V4 S). The braking system consists of two 330 mm Brembo discs with Brembo Stylema monobloc calipers up front and a single 245 mm disc with a two-piston caliper at the rear that gives the bike the stopping power it needs. 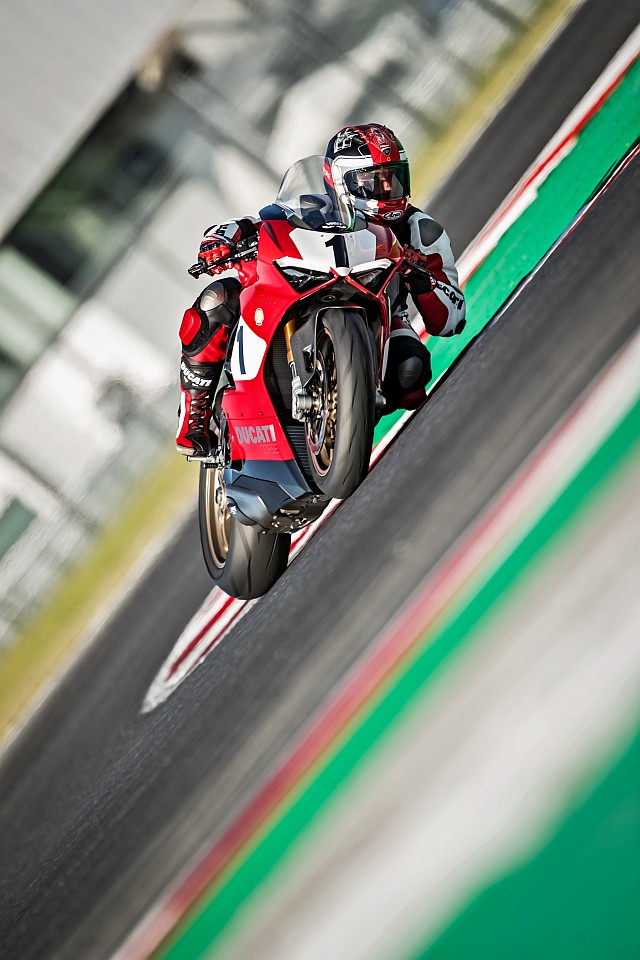 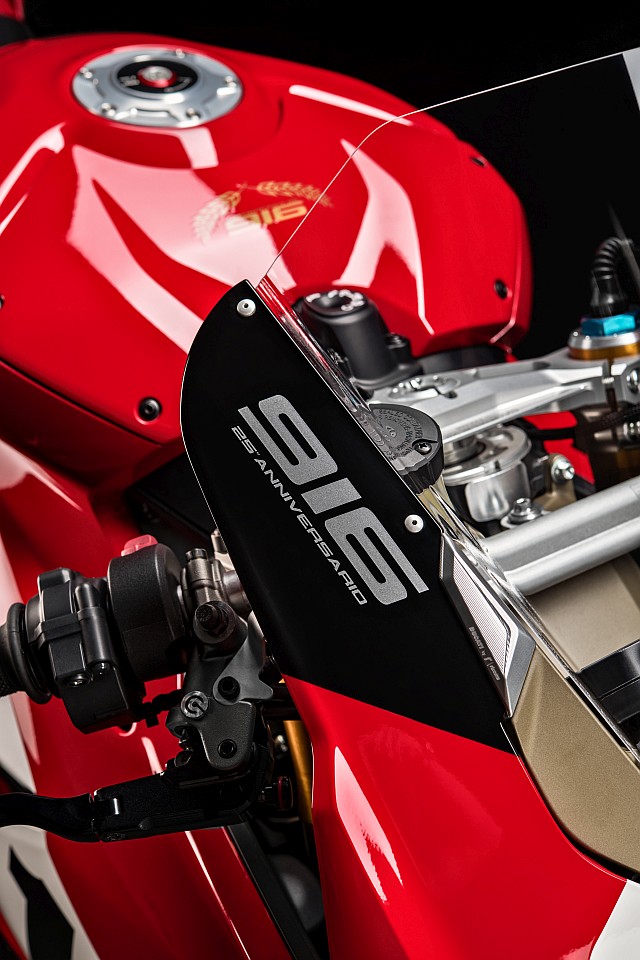 The Panigale Anniversario 916 comes with the Ducati Data Analyser+ (DDA+) kit with GPS module. DDA+ is a system that is used for the analysis of software (for Windows or Mac PCs) that takes its inspiration from professional programmes. It records ride parameters such as cornering lines, RPM, gear, throttle aperture angle, front brake pressure, DTC intervention etc. and geo-locates them on the track. Once it is disconnected from the bike and connected to the PC via the USB port, the software lets the user upload the acquired data feeds and analyse on-track performance.