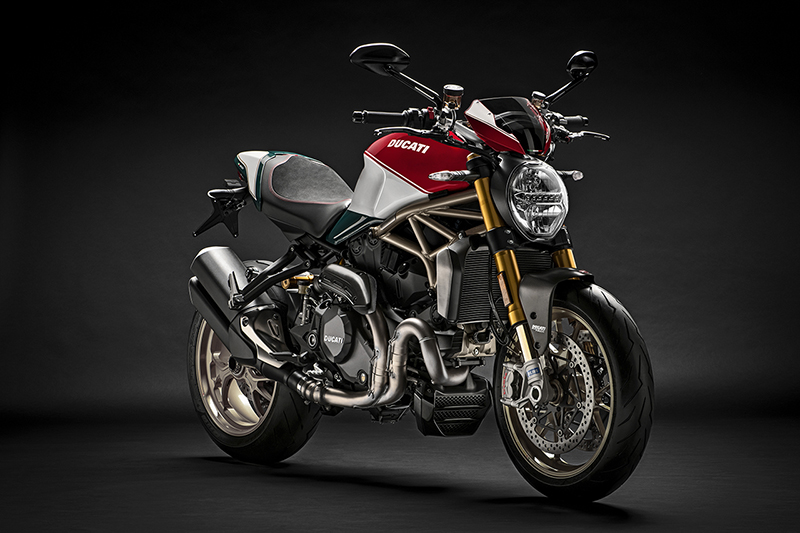 Ducati’s iconic naked bike the Monster completes 25 years and to celebrate this milestone, they have launched a special limited edition Monster 1200.

It was in 1992, at the Cologne Motor Show, Ducati unveiled the first Monster and in just a few years it became a sensation. Today, the Monster has achieved a major milestone by completing 25 years of continuous production. Ducati sold over 325,000 units of the Monster in total, which is testament to the Italian firm’s engineering prowess and the millions of fans it has garnered over the past two and a half decades.

To mark this feat, Ducati have launched a special, limited edition Monster 1200 called the 25° Anniversario Edition. Ducati will be producing just 500 units of this tastefully-done Monster. Talking of taste, the Monster 1200 25° Anniversario Edition is one beautiful looking motorcycle as it features a paint-job representing the colours of the Italian flag. The paint-job is inspired from the 2008 Monster S4RS Testastretta Tricolore and it looks absolutely stunning on the Monster 1200. 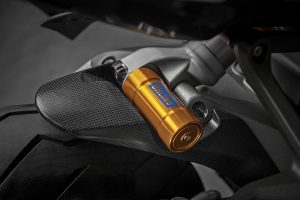 Along with the special paint-job, the bike also comes with a so called ‘prestige seat’ that has a ‘25 year anniversary’ logo embroidered on it. Other special features include gold-coloured trellis frame and forged Marchesini wheels with W spokes. The bike also comes with special machined bits like mirrors, frame plugs, handlebar-end weights, and the fuel-filler cap. Bits like the clutch and brake levers are all finished in aluminium, while elements such as the fenders, keyhole cover, and exhaust guard are made from carbon-fibre. Ducati are also giving away a special bike cover that has the 25 year anniversary logo on it.

The special-edition Monster also features top-notch mechanical components such as a fully-adjustable front fork with 48-mm diameter stanchions, a rear monoshock suspension, a steering damper from Öhlins, and large 330-mm Brembo rotors with M50 monobloc calipers at the front and a 245-mm rotor with Brembo caliper at the rear. 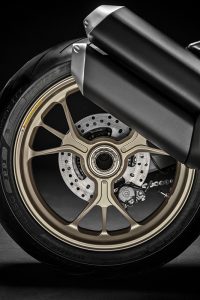 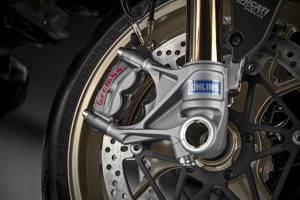 The special edition Monster is powered by the same 1,198 cc, Testastretta 11° DS twin-cylinder engine that produces a peak output of 147 PS and 124 Nm. In terms of electronics, the bike comes with three riding modes – Sport, Touring, and Urban, it also features an Inertial Measurement Unit (IMU) that works in conjunction with Bosch’s Cornering ABS and Ducati Wheelie Control (DWC) system. Ducati have also equipped the bike with Ducati Traction Control (DTC), and Ducati Quick Shift (DQS).

The Monster 25° Anniversario edition will be available from September in Europe. Ducati will launch it in more markets including Japan, the United States and Australia in the following months. The special-edition Monster 1200 will be available on order in India as a CBU. 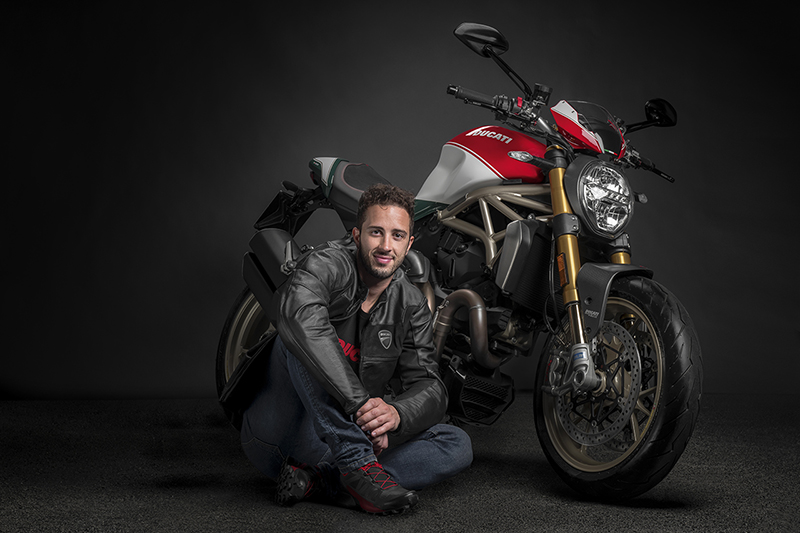