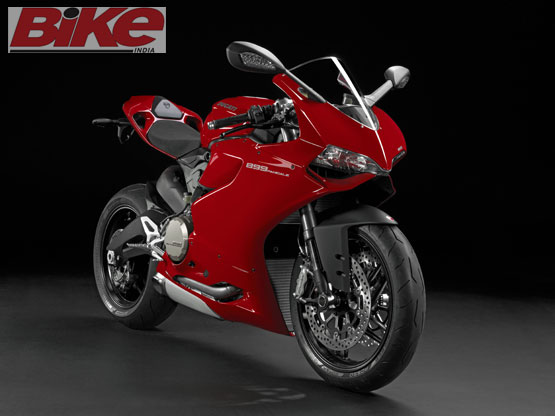 The Frankfurt Motor Show has served up a veritable feast for the motor enthusiast, and one the richer pickings is undoubtedly the new Ducati 899 Panigale. This younger sibling of the celebrated 1199 Panigale, the 899 is expected to widen Ducati’s reach in the superbike market.

The 899 boasts of a 898cc Superquadro L-twin engine which produces 148 PS of power and 99Nm of torque, and a monocoque chassis, remaining true to the traditional Ducati lineage. The bike is also big on safety, hosting a whole array of safety features and technological advancements similar to those found on the 1199, such as a triple stage Anti-lock Braking System (ABS), Ride-by-wire, electronic throttle control, Engine Brake Control (EBC), along with Ducati’s own innovations such as Ducati Traction Control (DTC) and Ducati Quick Shift (DQS).

The aggressive twin LED headlamps, and sleek, fairing draped body of the 899 with exhaust pipes that peek out from under the engine give it the same attention-grabbing road presence as its older sibling. The fully adjustable front and rear shocks, 10-spoke wheels wrapped in Pirelli Diablo Rosso Corsa ‘hypersport’ tires, and Brembo braking system provide the bike with a smooth, comfortable riding and quick stopping performance on both the track and the road.