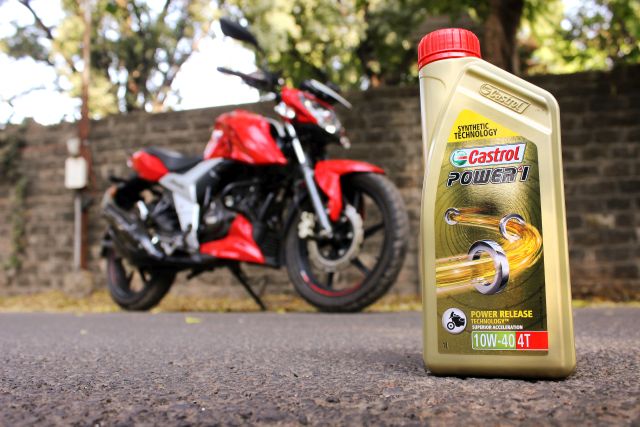 At the heart of every motorcycle is an engine whose life depends on a specific grade of engine oil. Every minute the engine could be turning over at anywhere between 1,500 and 5,000 revolutions, sometimes even higher. This kind of work generates a lot of heat as well as wear and tear. If not lubricated properly, the metal parts and components can fail over a period of time, adversely affecting performance, efficiency, and, worst of all, the life of the engine. Thus, engine oil is a crucial element when it comes to the life of the engine and its performance.

Our TVS Apache RTR160 4V was due for service and we wanted to improve the gear shift, refinement, and general performance of the motorcycle. So, we decided to try the new Castrol POWER1 10W-40 with Synthetic Technology. Since the Apache has a new air-cooled, high-performance engine and also because it faces a number of traffic jams regularly, it would allow us to see first-hand what sort of changes the new engine oil could really bring about. 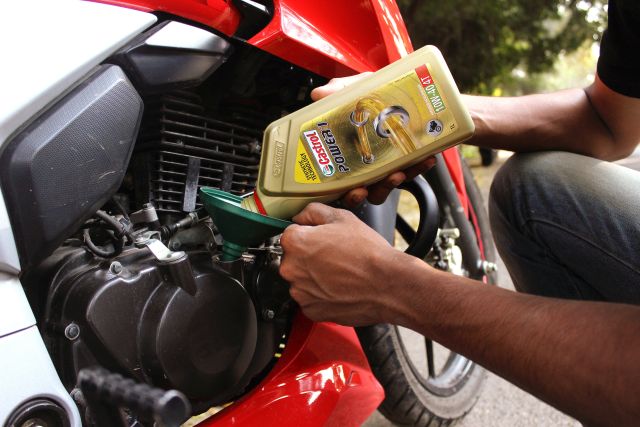 It is amazing how a film of oil can protect an engine from complete seizure. As the engine begins its cycle, the oil has to be present between all moving surfaces. Just any oil will not get the job done. The lubricant has to be able to maintain proper viscosity at both ends of the temperature range ― think cold starts and prolonged high-speed running. During a cold start, the oil has to be thin enough to travel faster, whereas at high temperatures it should be dense enough to allow optimal lubrication. If these parameters are not met, the parts that are supposed to mesh together could slip unexpectedly, leading to significant losses. Making an appropriately functioning and high-quality engine oil, then, is no easy task; it is liquid engineering.

Before getting into the details, let’s take a closer look at what Castrol POWER1 with Synthetic Technology is capable of delivering. Castrol POWER1 4T is an engine oil developed specifically for motorcycles. Castrol claim that up to 30 per cent of the power produced by an engine may be lost due to friction. With Castrol POWER1, they aim to minimize this loss, especially in power transmission. This translates into a noticeable change in power delivery which will take the motorcycle’s performance up a notch. They also claim that the Castrol POWER1 4T has beaten key competitors on acceleration, surging ahead of competition by as much as five metres in just 30 seconds*.

We are glad to say that our experience began on a positive note. With the new Castrol POWER1 filled in, there was a noticeable drop in mechanical noise and the engine sounded more refined. Also, we noticed that the idling speed had gone up from 1,400 rpm to between 1,450 and 1,500 rpm thanks to the reduction in frictional losses. The shift into first gear was also much smoother than before; it clicked into place effortlessly. Satisfied with the standstill tests, it was time to see how it would fare in real-life traffic. 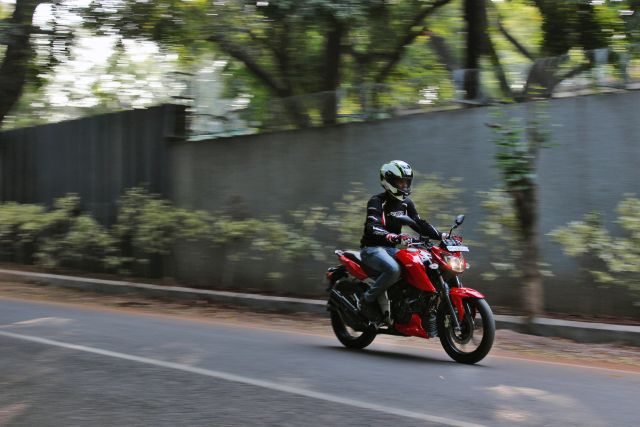 In stop-and-go traffic, it was evident that the clutch had become more progressive. Throughout the ride, the refinement and performance of the engine were consistent. The engine seemed smooth even after hard riding and a noticeable improvement in power delivery enabled the Apache to accelerate better than before. The highlight was that even after being run for more than an hour, the engine remained smooth and refined. Launches were smoother off the line at traffic signals and were complemented by effortless acceleration at the twist of the throttle. There was also a marginal improvement in fuel efficiency after changing to the Castrol POWER1 4T.

Castrol POWER1 has proved itself as a capable lubricant for all our riding conditions. Furthermore, it is also compatible with a large number of motorcycles from different manufacturers, including KTM, Yamaha, and Bajaj. Another attribute that will make it popular among motorcyclists is the price. Priced at Rs 434 per litre, the Castrol Power1 4T 10W-40 with Synthetic Technology is a good deal when compared to competition. You may also order it online from the Amazon brand store. If your motorcycle is due for a service, why not try Castrol POWER1? After all, who doesn’t want better performance and acceleration?

*Disclaimer: Based on the results of an acceleration test. The test simulates a 30-second wide open throttle acceleration from a rolling start, in a single gear, conducted by Castrol using Honda CBR300 engine. At the end, the distance travelled is reported.

All the observations mentioned above were made by the rider/author.