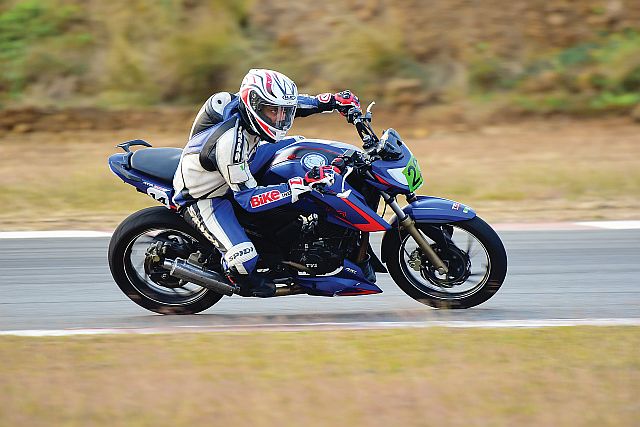 To better understand and get comfortable on our two-wheeled machines, we enrolled in the coveted California Superbike School.

For two weekends in January, motorcycle aficionados get a chance to learn the true art of riding a motorcycle, or so they say, by taking part in a number of levels offered by the California Superbike School (CSS). The School, a brainchild of the legendary motorcycle coach, Keith Code, helps riders of all abilities to better themselves on their two-wheeled machines for a nominal fee. Well, maybe a fair bit more than nominal.

California Superbike School was brought to India by TT Varadarajan and his son, Siddharth Trivellore, and the latter has just officially become a coach at the school as well. Is this experience worth the time, money, and effort? Even though the answer is a resounding “yes”, one must understand what CSS actually is. CSS is held annually, at the Madras Motor Race Track (MMRT) in Chennai. Newcomers to the school are allowed to register for the first three levels — Level One, Level Two, and Level Three — that take place over a period of three days. I would like the reader to know that CSS is by no means a school that would turn a regular commuter into a full-blown track-burning Grand Prix star. Nope, that is not the intent and it would be wrong to have such a pre-conceived notion. What the school does offer, however, is a sound grounding in basic techniques that will immensely help each rider in overcoming their own flaws. I will delve deeper into the previous statement later. First, let me talk to you about how the three days unfolded.

Reporting time each day was 6.30 am at the MMRT and considering the importance of the event, a number of participants, including myself, were at the venue a good 30 minutes earlier than that. How’s that for the famous “Indian Standard Time”? A quick verification for personal details, a thorough gear-check, and allocation to one of three groups (white, yellow, and green) was followed by a healthy breakfast organized by the school. Once all the participants had been checked and fed, we all sat down in the paddocks for an introductory briefing by CSS’ Head Coach, Gary Adshead. An introduction to the entire coaching team, track etiquette, and allocation of coaches for each rider followed. This year CSS had four coaches who were in their final stage of training and one of them, Sagar Sheldekar, would be my coach for the next three days. Sagar, too, was being supervised by the veteran coach, James Toohey, which meant that I was lucky enough to have two professionals watching over my progress.

The group system worked quite well. When one group was on the track, another was in a classroom learning the current topic, and the third on a 15-minute break. This continued throughout the day with a break for a nice lunch, again
provided by CSS. Day one, Level One, mainly focused on the immensely important topics of throttle control, correct steering inputs, and turn points. An eye-opener to many of us.

Day two, Level Two, focused predominantly on working towards better vision. This was achieved by a number of drills and requisites set up during the on-track sessions which resulted in all of us being a lot smoother throughout the track, including when faced with slower-moving traffic. If done well, day two would see you almost completely weed out those mid-corner manoeuvres that tend to throw the motorcycle’s stability out of whack. By day three, Level Three, we were all quite accustomed to the track and there was a noticeable change in everyone’s pace. However, day three is all about body positioning, which was something yours truly was really looking forward to. Drills like “Pick-Up”, “Hook-Turns”, and “Knee-to-Knee” were a tremendous help to me and, by the last session, I was consciously trying to put all that was taught into the few remaining laps. Did I succeed? To an extent, yes, but that is the thing about motorcycling: more track-time and practice is
a necessity. So has CSS made me a motorcycle racer? Not at all. Am I scraping my knees and elbows like the mad number 93? Once again, no. As I have mentioned earlier, CSS is not about that and neither does it claim to be. What the school does is pin-point any flaws that a rider may have and offers solutions to those problems. It will help you understand each input you make while riding and what effect it will have on a motorcycle’s behaviour, followed by solutions to problem techniques and rider inputs, which is up to each person to practice. California Superbike School imparted many lessons which, I can say with honesty and confidence, have made me a much better and safer motorcyclist. This year was special for a few coaches, too; four of them ended their training period and are now full-fledged coaches for the school, three of them Indians: Siddharth Trivellore, Vikrant Singh, and Sagar Sheldekar. This is a massive step for the country as it might bring the cost of the fairly expensive course down a bit. A big thanks is due to TT Varadarajan for bringing CSS to India and continuing its immaculate organization. The CSS team that handled all our paperwork were very polite, friendly, and helpful. The caterers were good, too: no tummy problems is always a delight. Other participants were great company, with light-hearted banter always a constant. Joe and his team of mechanics were superb, keeping all our motorcycles in top condition. I opted for the motorcycle that the school offered, a race-spec TVS Apache RTR 200 4V, which was a really good motorcycle to learn on. The green number 22 kept me happy even when in the company of some much higher-displacement motorcycles. A huge thank you to Gary Adshead, who handled all our briefings and classroom lessons, Sagar Sheldekar and James Toohey, who followed me around the track and tutored me into progression.

I do implore motorcycle riders of all abilities to give CSS a go, for, apart from the above-mentioned reasons, there is another that might sway the mind if needed: the three days were just great fun. You sure will leave with a smile that will last for days, all happy emojis included. Just be sure to warn family and friends that you might not shut up about it for a while!