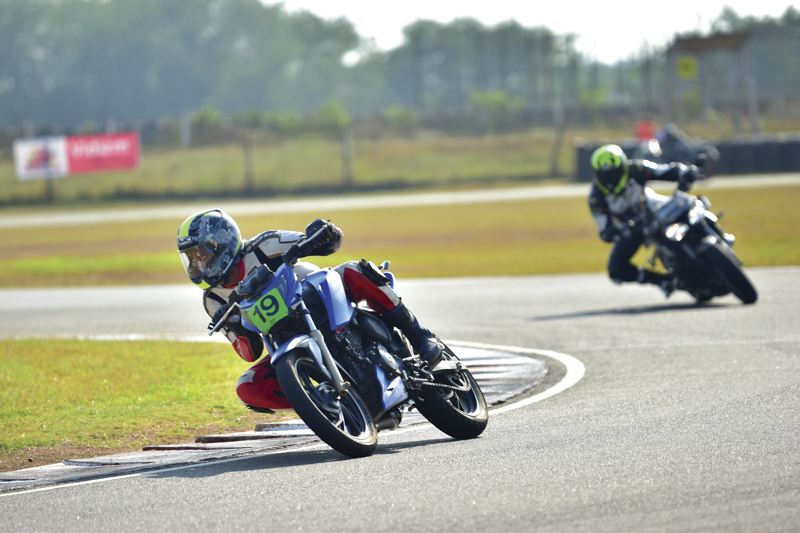 My eyes were glued to my phone’s screen, watching “A Twist of the Wrist II” again as the aeroplane I was on flew towards Chennai. In a day I was going to go to school and, perhaps for the first time in my life, I was actually looking forward to it!

The California Superbike School (CSS) was set up in 1979 by Richard Lovell and the legendary motorcycle riding coach, Keith Code. The following year witnessed the first-ever CSS training programme. Code was a motorcycle racer back in the day. Later in life, he realized that his true calling lay in coaching other riders. After breaking down the art of cornering into bite-sized chunks, Code began his journey to become a world renowned riding guru. Now, 39 years old, CSS has returned for the eighth edition in India and this time as well Bike India was a part of it. 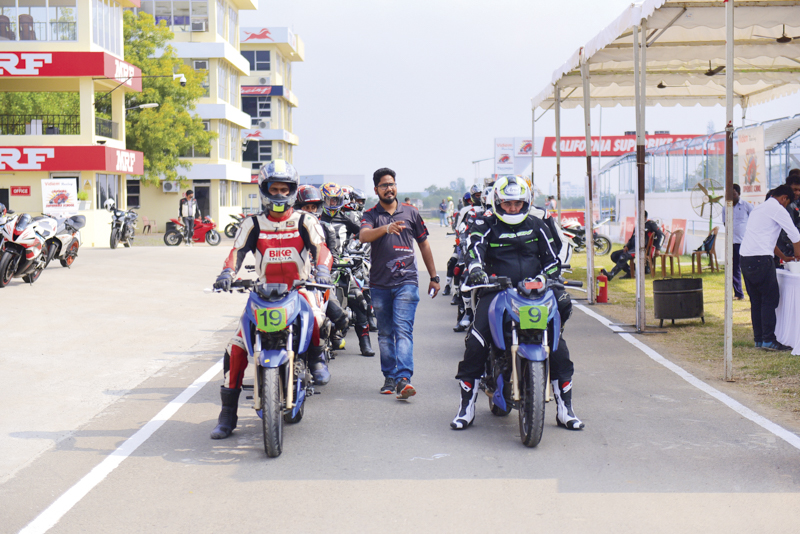 An alarm pealed through the house in the wee hours of a Friday, consistent with any other school day. Except, this time, there was no swearing or snoozing it because I was already outside waving goodbye to my surprised parents as I headed off to the racetrack. If you think of it, at its core, CSS is just like any other school. You have to be on time, wear a proper uniform (motorcycle gear that has passed scrutiny), mark your attendance, and bring all your learning instruments (a track-ready motorcycle and tons of energy). However, unlike the schools of my years past, this one did not have a grumpy teacher, nor did it have a boring subject and, most importantly, there were no threats to call my parents. Post registration, the students were split into three batches (white, yellow, and green) of almost 20 each, with yours truly gracing the green one. Gary Adshead, Chief Riding Coach/Seminarist and our equivalent of a headmaster, introduced us to the rest of his team and to the format of the school. 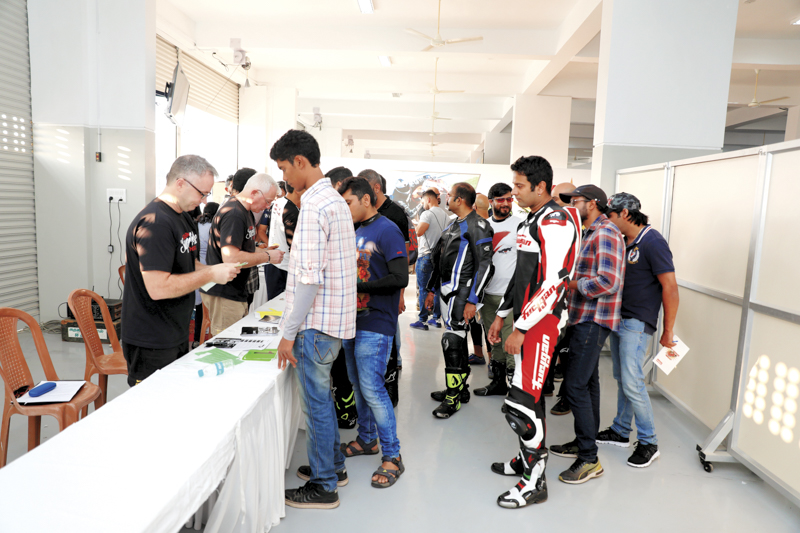 Three days (or levels) were CSS’ equivalent of an academic year and the syllabus had three main topics — throttle control, vision, and motorcycle handling — that you had to master to er… graduate. While one batch attended the classroom, another enjoyed some rest and the third was out on the track. All of our classroom sessions were handled by Keith’s son, Dylan Code, Rider Coach/Project Manager. After we were sorted into batches, each of us was assigned to an on-track coach who rode around the track with the students, showing pre-specified hand signals pertaining to the drill we were practising. Later, they tailed their pupils, checking their progress. I was placed under the watchful eye of Nickos Tsoumanis, a brilliant rider who was fluid on the motorcycle and impeccable in instruction. After every track session, I would roll into the pits to find him waiting for me. We would then have a debrief about my riding for the session. Sometimes in great detail; identifying my weaknesses and how to work on them. 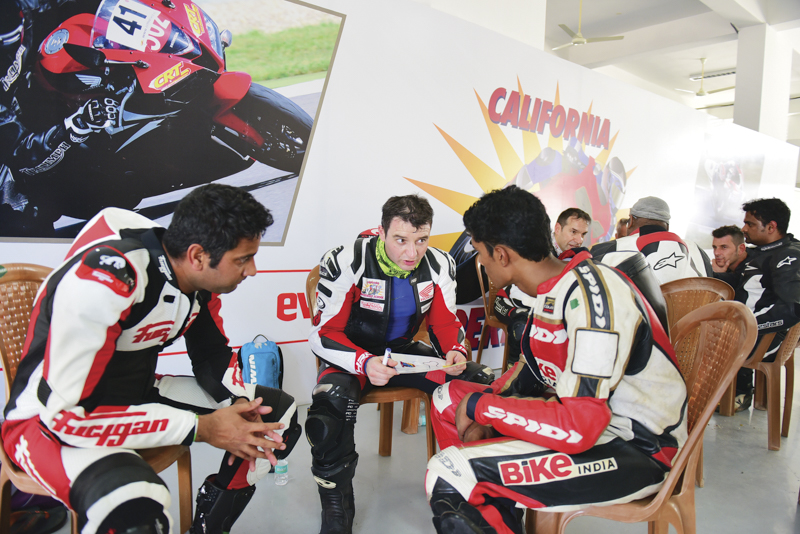 We began the day with a reminder that five of the six controls on a motorcycle were used to regulate its speed (throttle, two brakes, clutch, and the gears), while the handlebar changed its direction. A rider’s fear of speed, lean angle, lines, road surface, and traction stems from his lack of command over the throttle. We were briefed about how the motorcycle behaves under different levels of throttle input. For example, a motorcycle’s rear suspension extends under acceleration. Sounds incredible, does it not? Eager to put similar new-found knowledge to test, we headed out on to the track. The ‘fourth gear-no brakes’ format made sure that I had to rely on throttle control to get me through the corners. While leading me around the track, my coach would raise or lower his left fist to tell me how he was using the throttle with his right. Mimicking his timing, it was not long before I acquired a smooth roll-on. For fully mastering throttle control, always remember this basic rule: “Once the throttle is cracked open, it has to be opened evenly, smoothly, and constantly through the remainder of the turn.”

The remaining four sessions of the day prepared us for faster and finer handling of our motorcycles. For the second drill, we were shown how to choose turn points for a corner. The coaches had marked Xs on the track, marking the points where we should turn our motorcycles. This drill was followed by the “Quick Turning” exercise wherein it was established beyond doubt that the best way to accurately steer a motorcycle is counter-steering. For the fourth session, we were taught the nuances of rider input and how crucial it is for the rider not to upset the natural tendency of the motorcycle to balance itself. To emphasize the point, my coach rode ahead of me and flapped his arms while taking a corner. The final session of the day, “Two-step Turning”, enabled me to get over my fear of entering a corner at high speed by breaking down my vision into two easy steps. By the end of the session, my phobia was well on its way out. 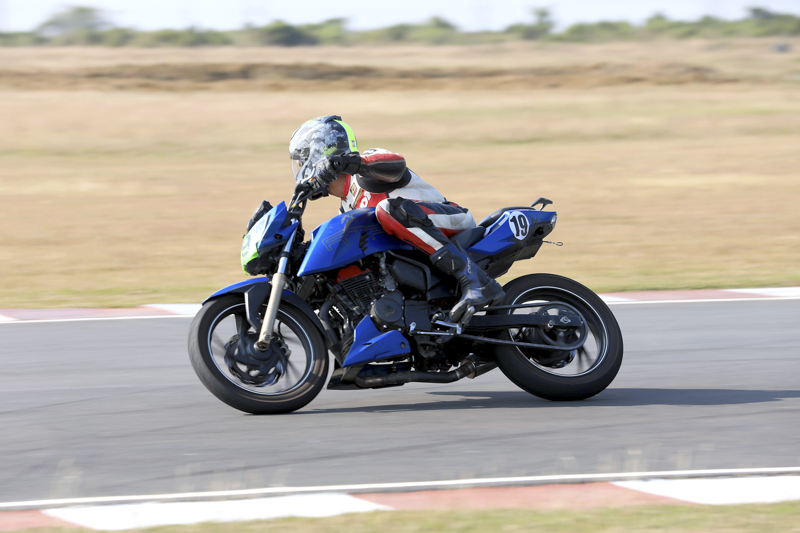