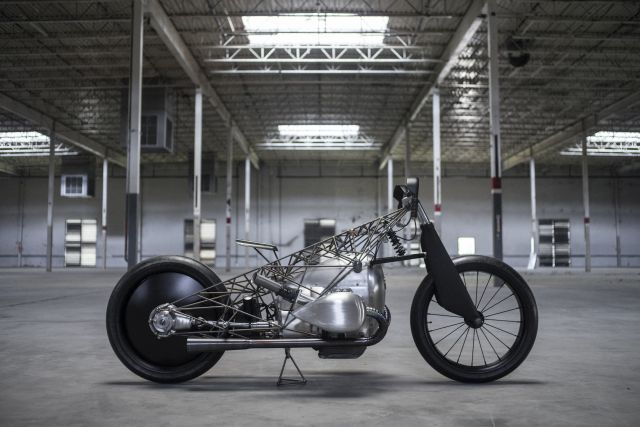 This minimalistic custom motorcycle, the Birdcage, created by Revival Cycles, showcases BMW Motorrad’s massive new 1,800-cc boxer twin that will do duty in a cruiser aimed squarely at Harley-Davidson’s market.

You have probably already seen pictures of this BMW-powered custom build by Revival Cycles, unveiled at the Handbuilt Show in Austin, Texas, with a web of titanium rods welded together to create the frame and basic body structure of the motorcycle. The idea behind this minimalistic design is to showcase BMW Motorrad’s massive pushrod-operated, air-and-oil-cooled, 1.8-litre boxer twin. It has now been confirmed that this engine will power a new heritage-style cruiser to take on the likes of Harley-Davidson and Indian motorcycles. 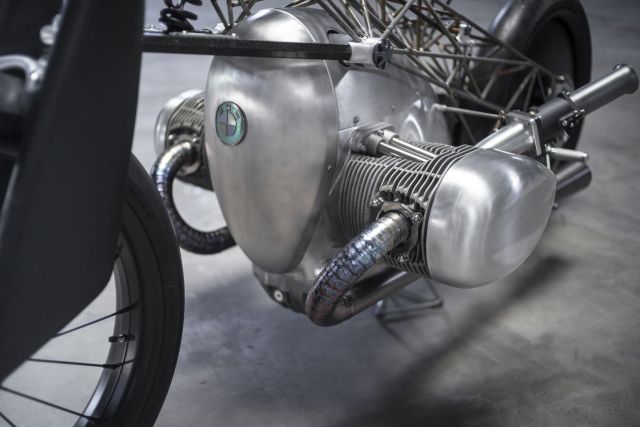 Historically, the horizontally-opposed twin is the engine layout most associated with BMW Motorrad, and we expect this air-cooled and pushrod-operated lump to bring with it enough character and old-world charm to interest buyers looking for a big, heritage-styled cruiser.

Timo Resch, Vice President Sales and Marketing at BMW Motorrad, was extremely happy with how the bike turned out, and said, “The Revival Birdcage turned out great and really showcases our Big Boxer perfectly”.

He went on to add that we could expect to see this engine featured in a concept bike from BMW Motorrad later this year, and a production machine sometime next year. We can’t wait!