With the temperature rising in Pune, riding a motorcycle in traffic and for long distances was becoming quite uncomfortable. So when we received the Bluarmor Blu3 A10 (compact helmet cooler) test unit, we thought that was the solution. 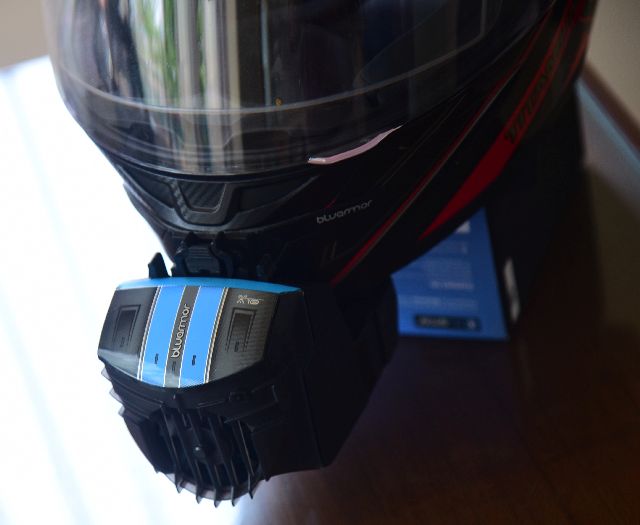 Simply put, the Bluarmor Blu3 A10 is a compact cooling system that comprises a fan and a water-soaked cartridge. The fan sucks in ambient air, channels it through the moist cartridge where it is cooled down slightly before being delivered via an air vent into the helmet. Additionally, the Blu3 A10 does a remarkable job of filtering dust and on a hot day, it certainly makes the ride a bit more pleasant but there is room for improvement.

The cooler fits onto the helmet snugly and takes up a lot of space inside it but ends up cooling only the front part of your face. Many times during the test, we missed the lack of cooling around the forehead. So if Bluarmor could provide a channel that increases the area of cooling, it could significantly improve the overall experience. As for weight, the whole assembly adds 350-400 grams to your lid and that may be cumbersome if your helmet is already on the heavier side. 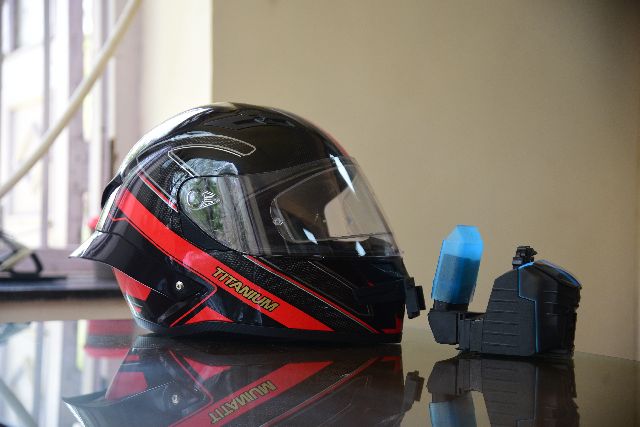 There are three modes to choose from – Regular, Turbo and Beast. With the setting on Beast mode (most useful), the fan is pretty noisy and the cooler vibrates a fair bit which can get annoying after a while. Besides, having cool air shot into the eyes kind of defeats the purpose of a visor in the first place. However, we were most surprised when we discovered that the Blu3 A10 may not be the answer for long-distance riding because at the end of a city commute of less than 20 km, the cartridge had dried out and the circulated air was noticeably warmer but not uncomfortably so. The device can be charged via USB and the battery life is consistent with what the manufacturer claims. So, no worries there.

At a price of Rs 2,300, the Blu3 A10 is not terrific value but it is the only feasible product of its kind in the market and the manufacturer deserves a tip of the hat for that. Also, it is much better than the previous product; progress done right.