The Benelli Race 500 sportbike has been revealed by Qianjiang Motor (QJMotor), the Chinese automotive giant which is a sister company to Benelli under the Geely group. 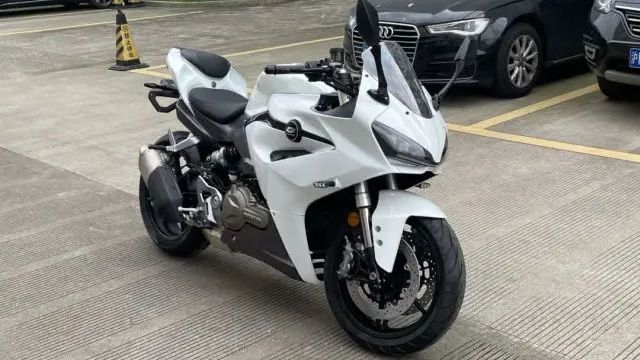 The 500-cc sportbike, called “Race 500”, will be powered by the twin-cylinder engine that is seen on the Leoncino 500. Sources also claim that the Benelli Race 500 could be a sport-tourer that will debut in India soon.

QJMotor will most likely unveil their upcoming Race 500 at the 2021 Beijing Motor Show. Since the Benelli Race 500 could be powered by the Leoncino’s 500-cc parallel-twin engine, the motorcycle is likely to churn out roughly 47 hp and 46 Nm of torque. The suspension and braking equipment too could be similar to that found on the Leoncino 500. QJMotor is evidently diversifying their portfolio as the Race 500 would be well-placed between the single-cylinder Race 250 and the in-line-four QJ600GS.

With rumours of the company working on a more powerful variant of the Leoncino 500, we will just have to wait and see which engine the Race 500 will bear. If launched in India the Benelli Race 500 could rival the Kawasaki Ninja 400, Honda CBR500R and the much-awaited KTM RC 490. With the rising demand for middleweight segment motorcycles, Benelli could find a number of takers for this sportbike provided they price it sensibly enough to rival strong competitors.

The styling is very pleasing to the eyes and there aren’t many cuts and creases thus making the motorcycle appear tame. The soothing white paint job is devoid of any graphics and stickers that complicate the appearance. The sporty-looking, full-LED headlamp gets a split design and a fairly tall visor is observed up-front. The subtle styling cues make the fully-faired Benelli Race 500 appear quite mature whereas the bold design, chunky USD forks, and dual-discs give the motorcycle a firm stance