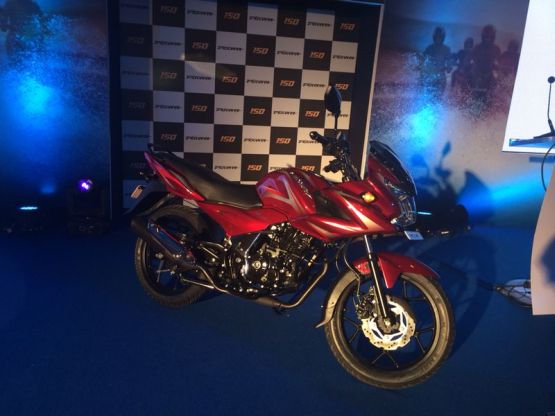 Bajaj has launched its new Discover 150cc motorcycle in two variants – the 150F and the 150S for the Indian market. These new 150F (faired) and 150S (standard) variants sport an all new 144.8-cc, four-stroke, single-cylinder engine which is capable of producing 14.4 PS and 12.7Nm of torque respectively. The 150F features an analogue speedometer and a digital odometer combo along with the standard trip, fuel and service indicators. While, the console on the 150S is more analogue rather than digital. Both the variants also sport a new LED tail-lamp setup.

Both the flagship Discover models get an electric-start, telescopic front forks, a rear monoshock as part of the standard package. They also get 240mm front disc brakes along with 130mm rear drum brakes, edgy ten-spoke alloys and MRF tubeless tires. These Discover variants are built around a semi-double cradle frame, with rectangular section steel swingarms, thereby tipping the scales with a kerb weight of 132kg (150F) and 130kg (150S) respectively.