Inspired by the Marvel’s Avengers, the 2020 TVS Ntorq 125 SuperSquad Edition is a treat for fans of the popular superhero franchise. 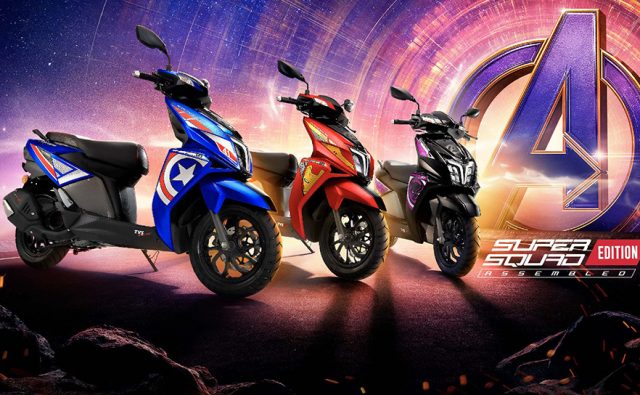 The 2020 TVS Ntorq 125 SuperSquad Edition is about Rs 5,000 more expensive than the standard version, priced at Rs 77,865 (ex-showroom). Offered in three superhero-inspired body graphics including Invincible Red, Stealth Black, and Combat Blue inspired by Iron Man, Black Panther, and Captain America respectively. The SuperSquad badging and the unmistakeable Avenger’s ‘A’ logo are prominently placed on the front panel, leg shield, and below the speedometer. 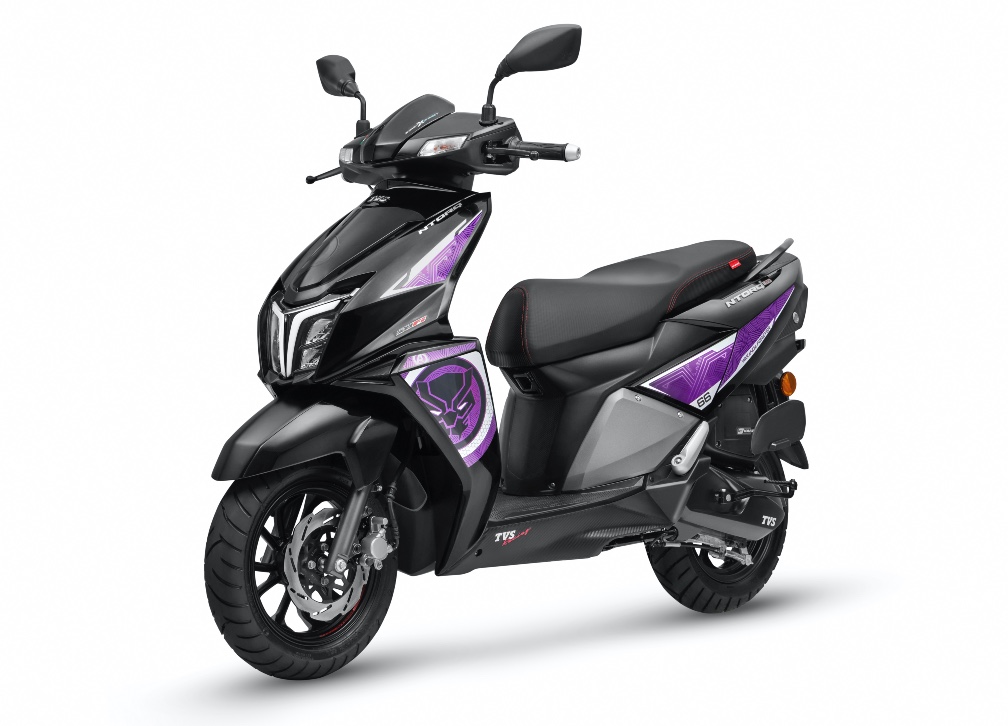 Stealth Black: Inspired by Black Panther, this edition packs in a jet-black colour along with hues of purple. The scooter sports elements from the Black Panther suit as a large part of the graphics. For enthusiasts, it packs more surprises with the signature salute “Wakanda Forever” and the inclusion of the number 66 (1966), denoting the year when the character was introduced in the Marvel Universe. 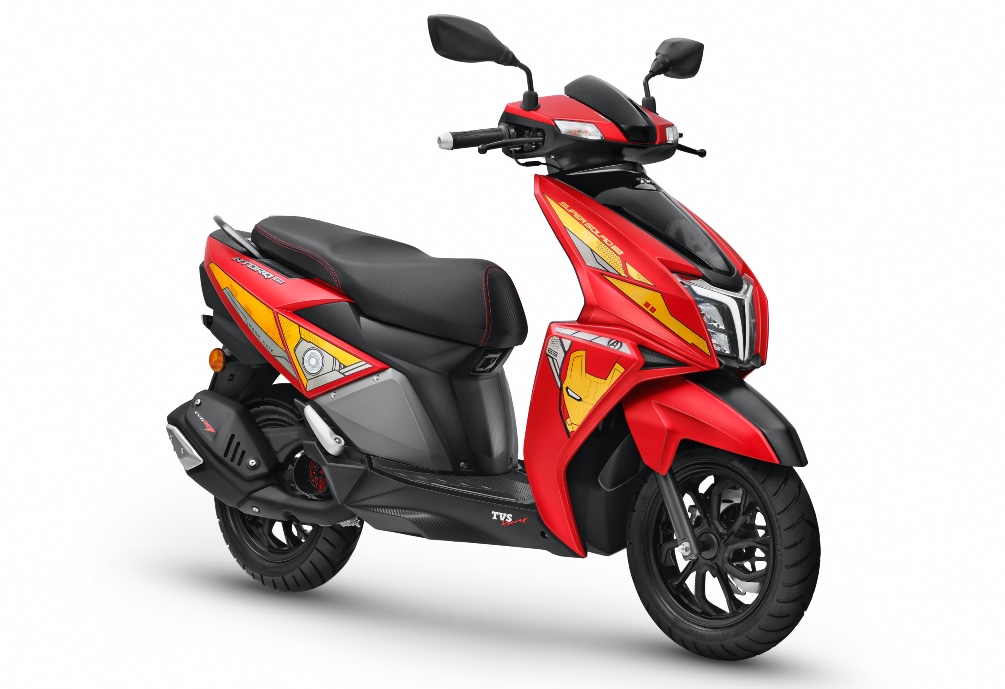 Invincible Red: Inspired by Iron Man, the graphics replicate his red and gold suit giving it a stellar look. The Iron Man helmet is embossed on the leg shield, while the arc reactor finds its way on to both panels.  Enthusiasts will be delighted with the Mark XXIX encryption on both panels which signifies “Fiddler“, Iron Man’s 29th suit, along with the number 63 (1963) indicating the year when the character was introduced in the Marvel Universe. 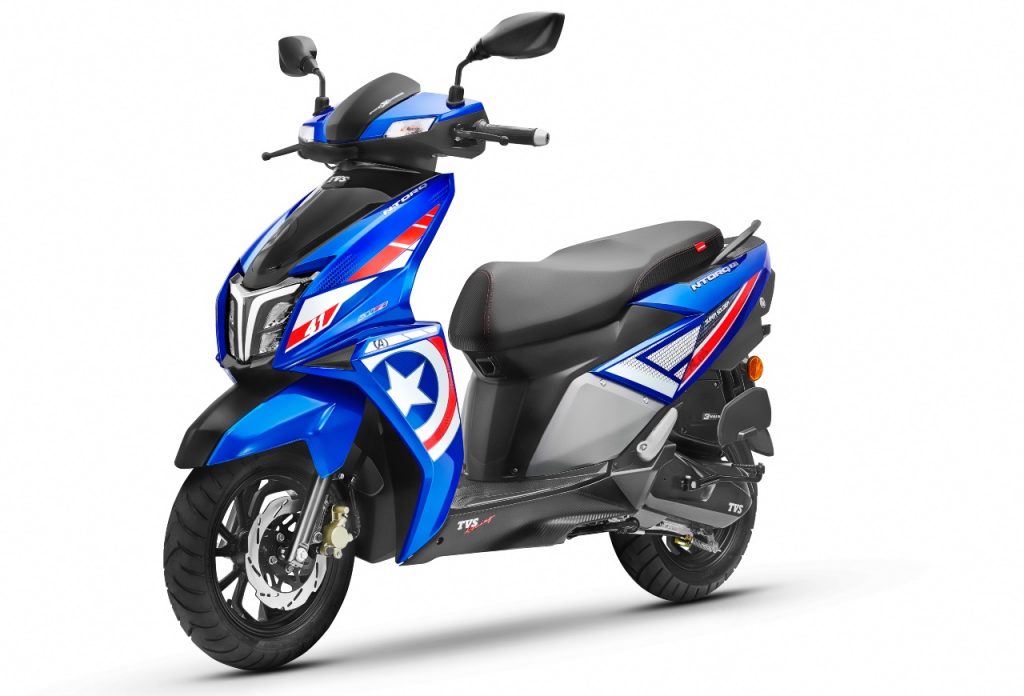 Combat Blue: Inspired by Captain America, the scooter gets the blue, white, red colour tone associated with the First Avenger. True to the character, it sports the number 41 (1941), the year when Captain America was introduced in the Marvel Universe.  The shield is at the front of the scooter and the edition flaunts “Super Soldier” on both panels with pride.

Apart from the visual treat, even the TVS Connect App comes with customised UI, inspired by the superhero characters. The app opens with the silhouette of the respective characters and then signature elements such as Captain America’s shield, Iron Man’s suit and Black Panther’s eyes along with the character’s crest are consistent across the app interface. Each app screen is crafted with a unique character trait of the selected superhero, making it a complete Marvel experience.