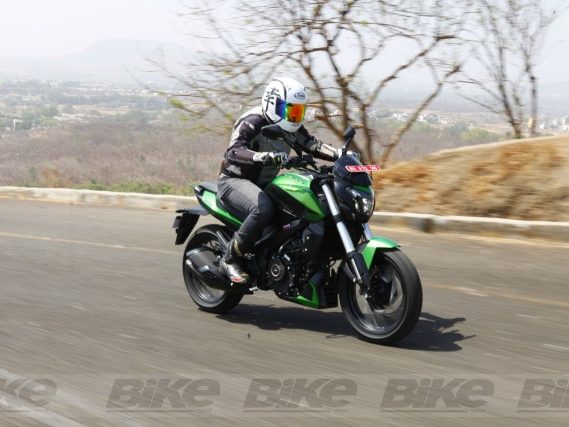 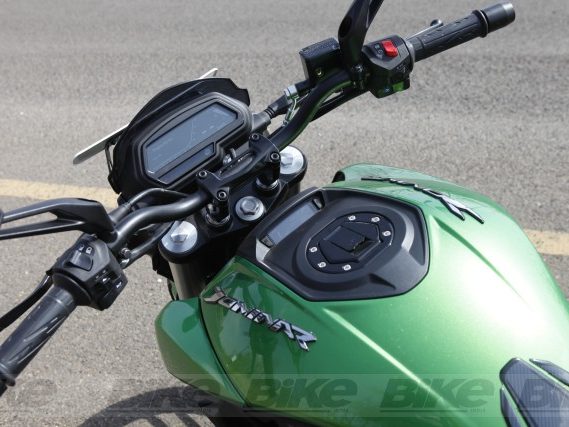 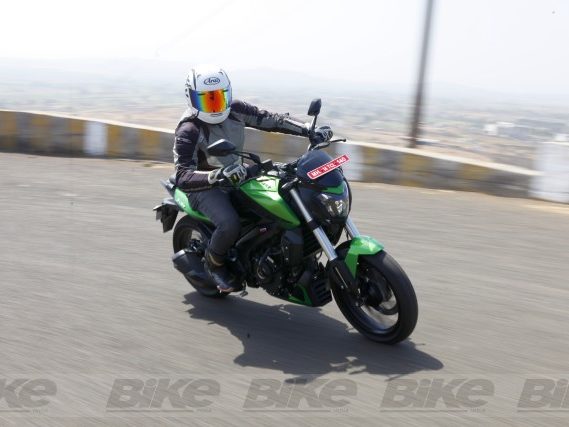 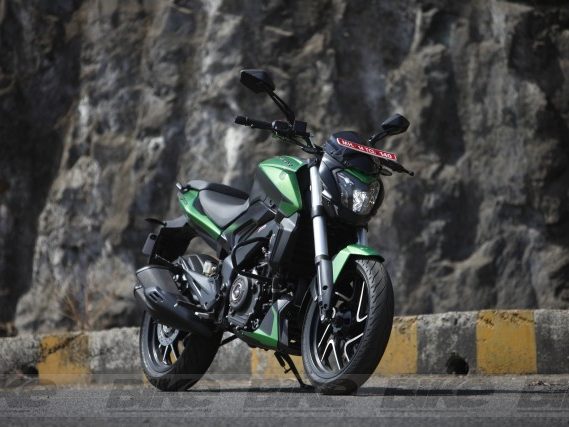 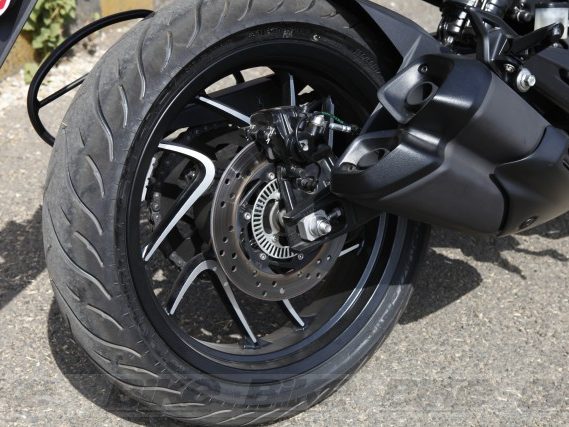 We ride the 2019 Bajaj Dominar 400 UG which looks like a more mature motorcycle design and is better equipped than before. Let’s take a closer look.
More Powerful Engine
With a clear focus to be a comfortable, easy to ride, highway cruiser. And a powerful one, at that. The KTM-sourced liquid-cooled 373.2-cc single gets Bajaj’s distinctive triple-spark treatment and, in this 2019 version, comes with a DOHC set-up. It makes five PS more now, taking the total to 40 PS, but still remains 3.5 PS short of what the KTM 390 Duke churns out. The torque figure remains unaltered, it still makes 35 Nm which now comes at 7,000 rpm (500 rpm higher than before).

New Suspension and ABS
There are other changes, too. Such as the conventional fork gives way to a 43-mm open-cartridge upside down front fork, which is also borrowed from the Duke, and the 320-mm front disc is now mounted on the left side of the bike and gets radial calipers. Going by the industry norms, ABS is now standard and, for obvious reasons, the non-ABS version has been discontinued. The alloy wheel design hasn’t changed but, thankfully, it isn’t golden any more. What’s New About the Design?
There isn’t a big change in the overall design, but there’s a good use of black parts which make the bodywork appear curvaceous and appealing, especially in this trendy new Auroral Green hue. There are a few other attractive bits, such as the new rear-view mirrors mounted on split-design stalks that look rather stylish. The headlamp has been re-profiled to make it appear more compact, while the tail-lamp LEDs also get a mild tweak.

Dual Barrel Exhaust System
You can’t miss the new matte black twin-barrel exhaust which offers a rich soundtrack and helps complete the power-cruiser stance. Our Editor was quick to point out that the steeply upswept exhaust with outlet pipes facing the sky will invite unwanted water to seep in. Like most exhaust system this one, too, has drainage in place but, usually, it’s purely an outlet for water condensation which is formed in the exhaust system and not for rainwater. Plus there’ll be trouble in the likely event of the drain getting clogged. Also, because fo the angle of the tailpipes the exhaust stream will be blown straight on to other road users who are behind the Dominar. Hopefully, Bajaj will work upon this feedback.

What Else Is News?
There are a few other interesting changes which will come handy during long rides, such as more comfortable seat cushioning and smart bungee straps under the rear seat to mount luggage on. The all-digital instrument console now offers some more information, including dynamic fuel economy, trip time, fuel range, and distance to service. As before, it retains the secondary display positioned on the fuel tank which now also includes gear position. But like before, you’ll have to take your eyes off the road and look down to get this information, which is distracting while riding. As before, it gets back-lit switches which is a good feature to have and the overall fit-and-finish has the desired level of quality and built.