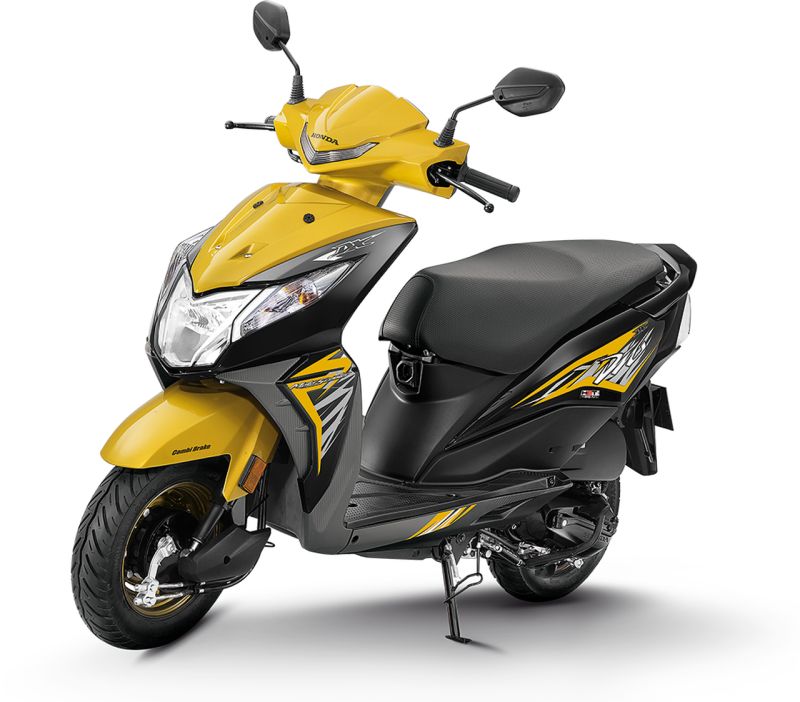 The Honda Dio was initially launched to attract youngsters. Now, more than 10 years later, the Dio still retains its charm and has also received a major update in terms of features. Like the recently-launched Grazia, the Dio is also available in a DLX variant, priced at Rs 53,292 (ex-showroom).

Visually, the familiar body of the Dio has now been given a sporty appearance courtesy new graphics and dual-tone colours. The DLX variant can be easily identified thanks to the gold-coloured rims. Another feature unique to the DLX variant is the full-digital instrument console that reminds the user when service is due.

For the first time since its launch, the Dio now comes equipped with a LED headlamp. A couple of hooks, an 18-litre under-seat storage, and a Grazia-inspired key slot with a switch to unlock the seat adds to the convenience. Safety is taken care of by Honda’s Combi-Brake System (CBS) with equalizer. In case you are wondering, yes, it does get a mobile charger, but, only as an optional accessory.