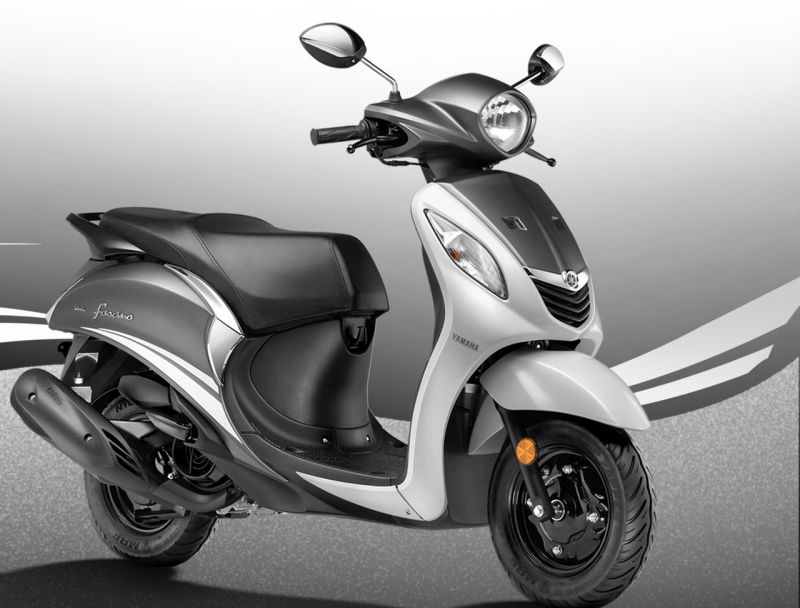 One of Yamaha’s popular scooters in the segment, the Fascino, has been launched with minor aesthetic upgrades. With BS-III out of the picture, the new Fascino has a BS IV-compliant engine and a few other changes.

This Yamaha weighs in at 103 kg because it uses plastic-resin parts which reduce the weight of the vehicle which could add to its rideability. The 380 x 220-mm footboard provides ample leg room for the rider and the 21-litre storage space adds to everyday practicality. The latest model is being offered with quite a few dual-tone colour options. Visibility on the road is taken care of by the AHO (Automatic Headlamp On) unit.

The new scooter retains the same air-cooled, single-cylinder, 113-cc Blue Core engine that produces the same power and torque as before. However, the 2017 Fascino gets the BS IV-compliant engine with a claimed fuel-efficiency of 66 km/litre. This, when coupled with the 5.2-litre tank, provides a good range.

The Fascino will be taking the fight to the 2017 Honda Activa 4G, Hero Maestro and the TVS Jupiter. Priced at Rs 56,500 (ex-showroom, Mumbai) it could give its rivals a run for their money.