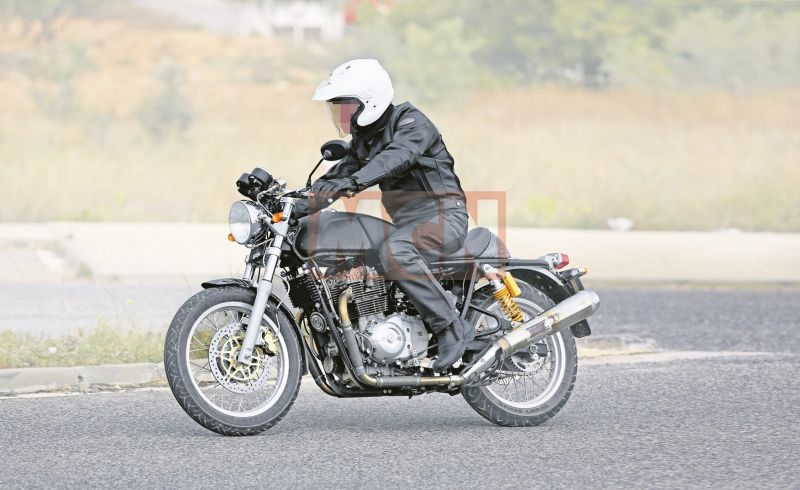 Guess what our friends at Motorcycle New (MCN) have spotted in the UK. Yes, a clear spy picture of a new twin-cylinder Royal Enfield model.
This does not come as a surprise, since last year Siddhartha Lal, CEO, Royal Enfield shifted the company head quarters to Leicestershire, London. The test mule was spotted in Spain last year, but the new picture from the UK looks closer to a production model. Closer to home, a dual-exhaust equipped Royal Enfield test bike has been spotted in Chennai recently, which is the city where the bike will be manufactured. 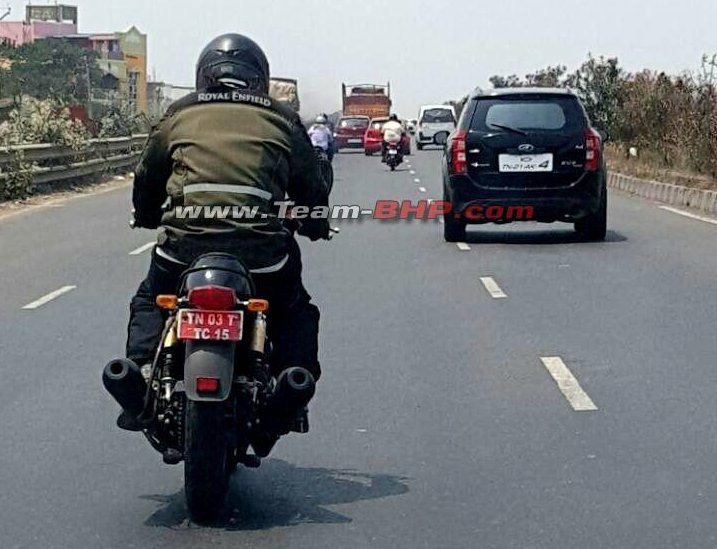 The twin-cylinder bike carries similar design cues as the Continental GT and we won’t be surprised if it is launched as the Royal Enfield Continental GT750. At its heart we suspect an air-cooled 750-cc parallel-twin which will churn out about 50 PS, giving direct competition to the popular Harley-Davidson Street 750 which comes powered by a 749cc, V-twin good for 55 PS. 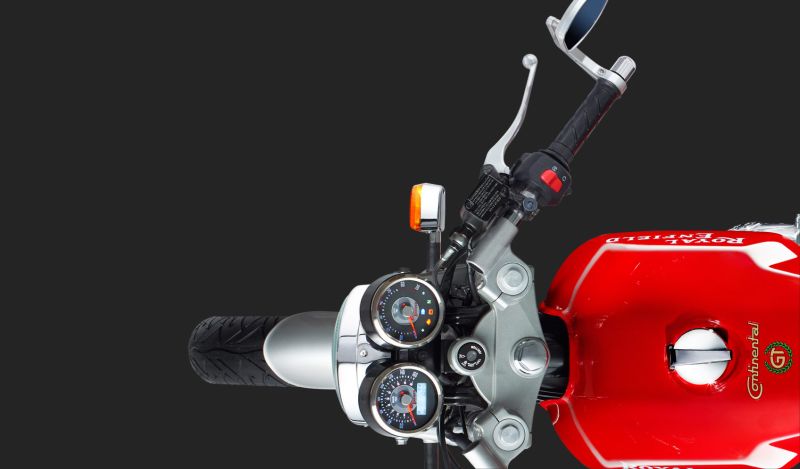 The highlight of the new Royal Enfield twin-cylinder bike is a pair of exhausts. And going by the sweet sounding machines from the current line-up, we are optimistic that the Continental GT750 with its rumoured 270-degree firing order will have a sensational exhaust note. There are some visible tweaks on the chassis of the bike, which seems to borrowed from Continental GT500 (design by Harris Performance team, UK). Like the GT500, the new Royal Enfield twin-cylinder bike will also be fuel-injected making it Euro IV complaint.

As expected, Royal Enfield are keeping their cards close to their chest and are neither accepting or denying the new 750-cc bike. But going by the pictures the bike seems to be going through the final stages of tests, and is expected to be unveiled later this year. The GT750 will be a global model, with a worldwide launch expected by the year-end. We can’t wait to get more dope on this twin!