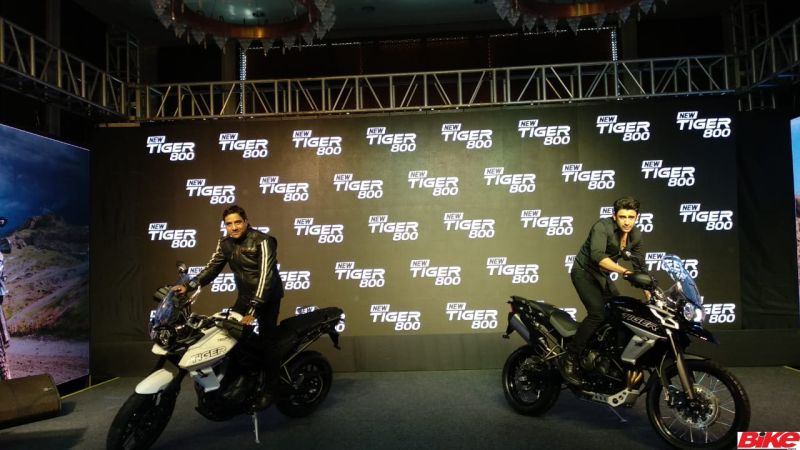 The new Triumph Tiger 800 is powered by the same 800-cc in-line three-cylinder motor like the previous generation and it still produces the same 95 PS and 79 Nm of torque. However, Triumph claim that the engine has been dynamically balanced for better overall feel. The frame of the new Tiger also remains the same as before.

The bigger changes include all-LED lighting, a five-inch TFT instrument console, and backlit switchgear that give the Tiger a modern touch. The bike also gets technical upgrades starting with the new five-way adjustable windscreen, aero-diffusers, new handlebar position, and a new seat compound, which the company claim helps improve the ergonomics of the bike.

Triumph have also updated the suspension on the XR variants as the Showa unit is now adjustable for rebound and compression damping. Along with the suspension, the new Tiger also gets five riding modes on the XCx, including a new ‘Off-Road Pro’ mode while the XRx gets four riding modes. It might be hard to believe but Triumph say that the new Tiger range features 200 changes.

To know more about how these changes have affected the new Tiger, don’t forget to pick up the April issue of Bike India to read our first ride review of this latest Triumph motorcycle.