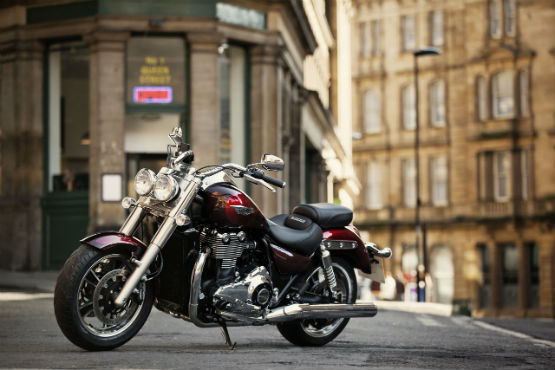 The Milan Motorcycle Show, EICMA has started off with a bang, and the Triumph stall has been one of its leading lights. With Triumph’s arrival on Indian shores imminent, we’ve been paying special attention to their actions of late. We have already covered the announcement of the Tiger 800 XC SE, and there’s more where that came from. Triumph have also used EICMA as a platform to springboard a couple of other models for their 2014 catalogue, namely the Thunderbird Commander and Thunderbird LT (Light Touring).

The Commander is built along the lines of a big, bad roadster. Boasting of a 1699cc parallel twin engine producing 94 PS at 5400 RPM and 151 Nm of torque at 2550 RPM, 17 inch tyres, striking twin headlamps, and lots of chrome, the Commander is as conspicuous as they come, and bound to catch the eye with its dominant presence.

The LT on the other hand is, as the name suggests, more of a tourer, and through its design, a throwback to the classic low-riders of the years gone by. Everything from the massive wind-shield to the big tank badges, the white-wall tyres, and the retro style rear indicators are all straight out of the old-school book of styling, but don’t let the classic looks fool you, this bike is chock full of modern technology. The LT too comes equipped with the same 1699 cc engine, which produces 92 PS @5400 RPM and 150 Nm of Torque at 3550 rpm, with an ABS system as standard fitting.

Triumph is targeting the summer of 2014 as the projected time frame for these bikes being made available for sale, as for whether or not we will see them in India, there’s no official word yet, and even though they will most likely make their way over here, we wouldn’t hold our breaths over this happening any time soon. 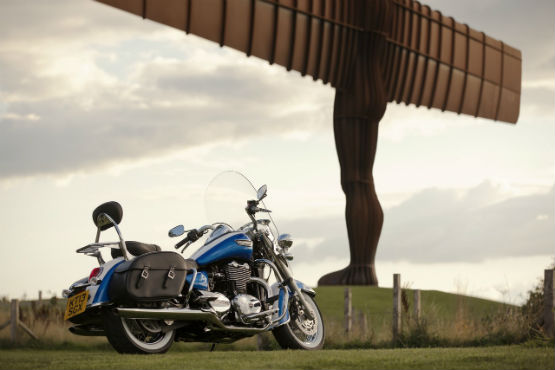 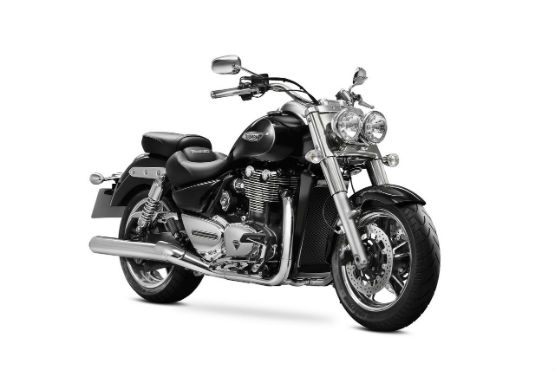 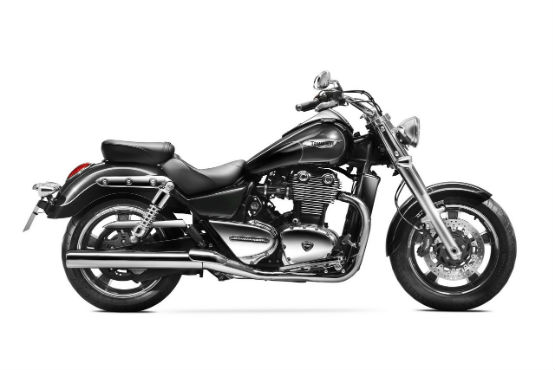