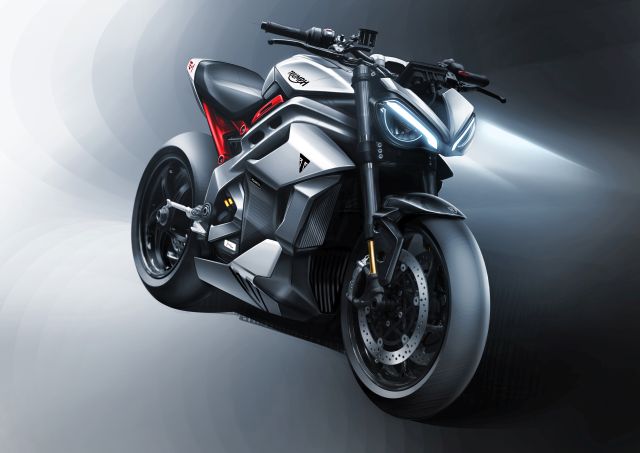 The Triumph TE-1 Project is an all-electric concept from the British marque. The manufacturers have been working on making this project a reality for some time now. The company has just revealed final design sketches, giving us an idea of what the production machine could look like, alongside details of its electric powertrain and high-density battery pack. The motor, weighing just 10 kg, will produce 130 kW (180 hp) putting it up there with the brand’s flagship naked roadster, the recently-launched Speed Triple 1200 RS. 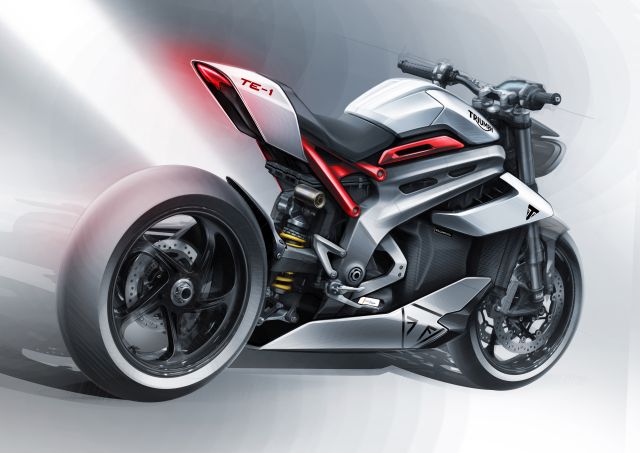 Alongside Triumph, Williams Advanced Engineering, Integral Powertrain Ltd, and Warwick Manufacturing Group (WMG) at the University of Warwick are all involved with the development of this electric motorcycle, and Triumph Motorcycles CEO, Nick Bloor, had this to say, “The completion of Phase Two, and the promising results achieved to date, provide an exciting glimpse of the potential electric future and showcase the talent and innovation of this unique British collaboration. Without a doubt, the outcome of this project will play a significant part in our future efforts to meet our customer’s ambition and desire to reduce their environmental impact and for more sustainable transportation.”