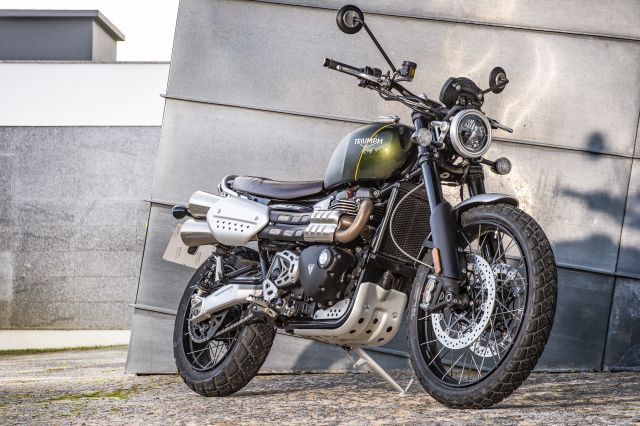 The new Triumph Scrambler 1200 has been launched today at Rs 10.73 lakh ex-showroom. The new big scrambler from the British motorcycle manufacturer claims to be one of the most capable Scramblers models available in our country.

The Scrambler 1200, then, is the elder sibling to the Street Scrambler which was launched a couple of years ago and, as the name suggests, it is powered by Triumph’s 1,200-cc HT or High Torque engine. That means 90 PS of peak power and 110 Nm of torque from a parallel-twin featuring the British marque’s signature 270° crank angle and mated to a six-speed gearbox. The bike is available in two variants internationally: XC and XE, the latter being the more off-road focused and is, as such, more expensive. Both bikes are more capable of handling the rough stuff than their smaller sibling though, which is why they lose the “Street” section from their moniker. However, the Indian market will only receive the XC variant for now.

The minimalist, retro design features all the essentials for an off-road ready bike including a wide, adjustable handlebar, an exhaust that’s mounted high up on the frame to prevent damage and to allow for a bit of wading, a bash-plate to protect the bike’s underbelly, and fully-adjustable long-travel suspension – 45-mm USDs on the XC and 47-mm ones on the XE, with twin-spring shocks from Öhlins at the rear for both variants. The XE gets better travel from its shocks, though, with the XC getting 200-mm of travel front and rear, and the XE offering 250-mm of travel from both sets of suspension. 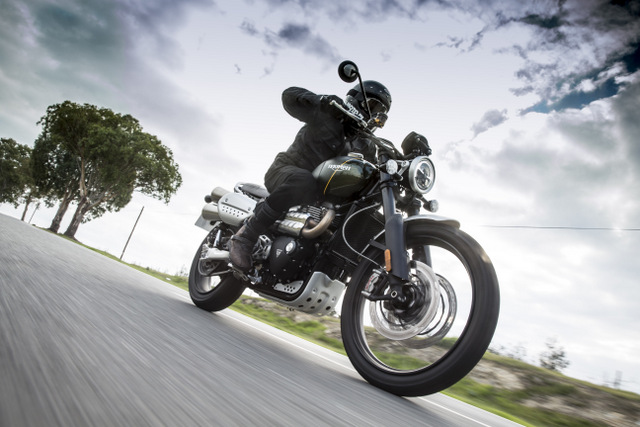 Braking comes from Brembo, with 320-mm discs with four-piston radial monobloc calipers up front and a single 250-mm disc with a two-piston floating caliper at the rear. The Triumph Scrambler 1200 also comes with ABS, ride-by-wire and five riding modes, the XE gets an additional riding mode and switchable cornering ABS as well. The bikes also feature all-LED light fixtures, keyless ignition, cruise control, and USB charging, and offer an accessory Bluetooth connectivity option that allows for turn-by-turn navigation, phone and music controls from your switchgear, and can even be linked to your GoPro action cam with switchgear-based controls integrated into the connectivity solution. 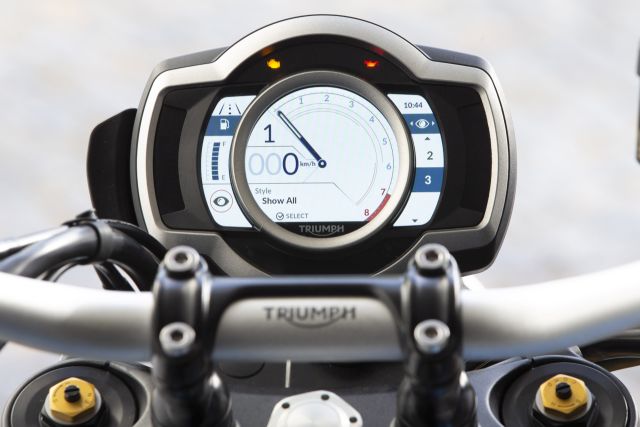 Price-wise, Triumph have continued their recent streak of competitiveness (see our launch story of the Street Twin for an example of what we mean) as they try to carve out an even bigger slice of the premium motorcycle pie in the coming financial year. We rode the XC variant at the lauch ride in Shimla and will have an in-dept first-ride review of the bike in our upcoming issue of Bike India magazine. (Hint: Fun, fun, have I mentioned that it was fun?) 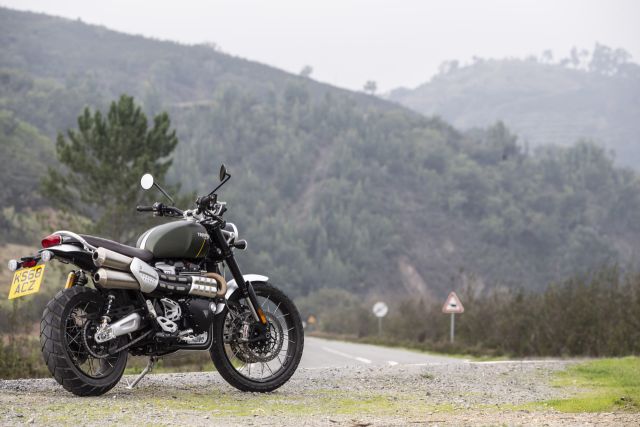