The world of motorcycles never ceases to amaze us.

With the passage of time, more radical and more wicked concepts keep on coming. At the recent EICMA show in Milan, the most jaw-dropping creation on two wheels was this amalgamation of a half ATV, half motorcycle. Bikers, we give you the brainchild of acclaimed Lambretta designer Alessandro Tatarini’s masterpiece: the ‘Brutus Motorcycle Concept’. This amazing creation on two wheels has gone to where no other motorcycle dare dream to. Housing a massive 750-cc, water-cooled, single-cylinder engine, it produces around 50 PS of power. This humongous engine has been paired with CTV transmission, which is mated with 14” Maxxis Bighorn wheels!

Certainly the ‘Big Foot’ of the biking world, the most surprising element on the ‘Brutus Concept’ has to be its one-wheel drive unit. And, yes, that’s not all, expect this mammoth ride to be a production model later this year, with public availability in spring 2013. The Brutus will come with a whole arsenal of crazy options, which include side-car, ski and fire-fighting configurations! This monster-truck on two wheels is certainly challenging the boundaries of motorcycle designs. 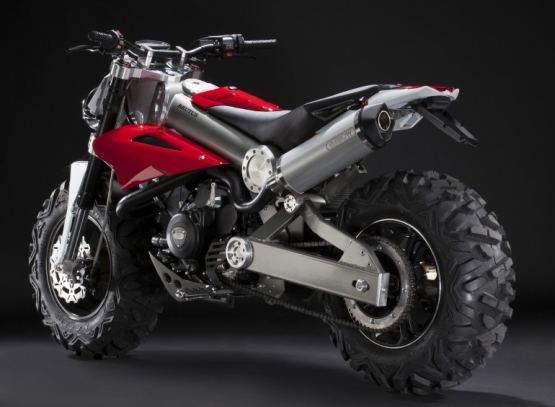 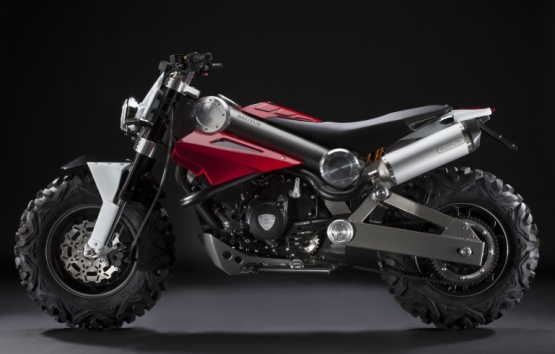 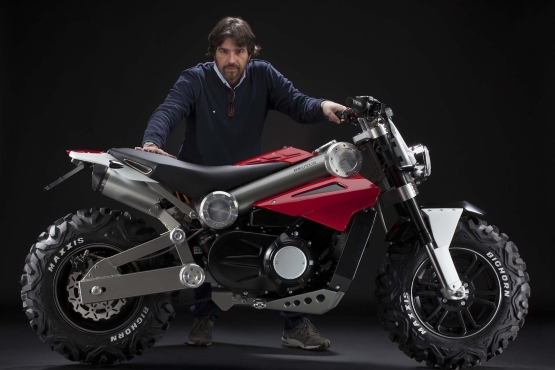