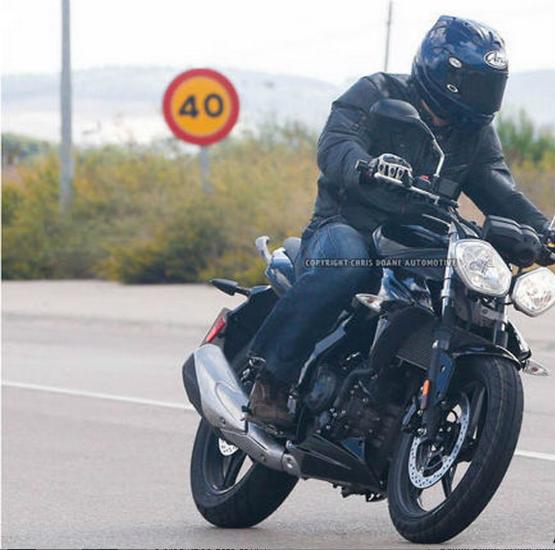 Triumph’s testing grounds in Spain have unearthed a new, single-cylinder bike being given a thorough examination. As we look through the images of the bike being given a proper run out, what can be picked up at once, apart from the relatively sparse engine size is that the single cylinder plant appears to be oil cooled, and judging by its relatively compact dimensions, we’d say it’ll most likely fall within the 250cc bracket.

It’s twin headlight arrangement gives the bike a combative, almost nasty appearance, and the sharply tapering indicator lights and naked style construction only further contributes to this assertion. It does draw a lot of inspiration form some of its burlier siblings, particularly the Street Triple. It has been suggested that this particular specimen has been designed with the subcontinent and the south east Asian markets in mind, so despite not being as yet confirmed, it is highly probable that it will makes it way to Indian shores in due time. 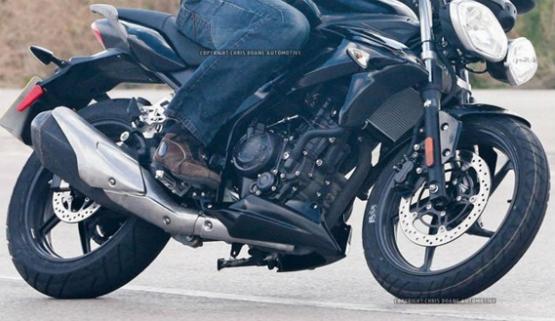