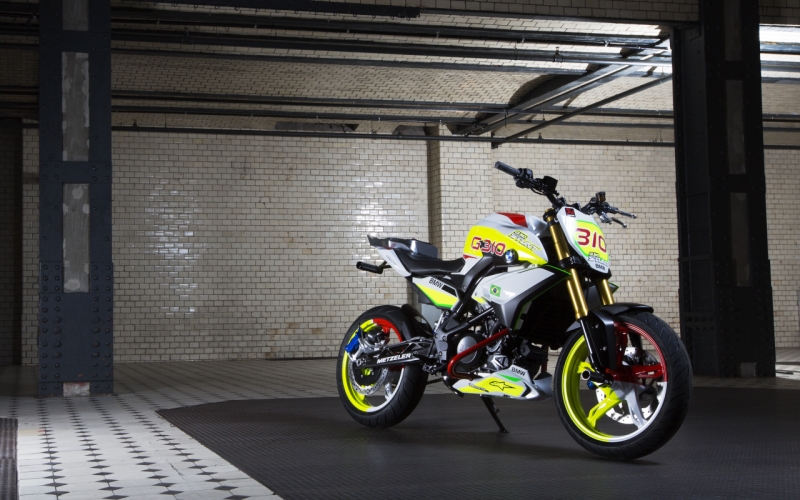 This is the BMW Concept Stunt G 310, showcased in Sao Paolo in Brazil at probably the largest motor show in South America, is the basis for BMW Motorrad’s new single-cylinder challenger.

The Concept Stunt G 310 is the result of BMW’s collaboration with Chris Pfeiffer for the design, with TVS-BMW engineering at the heart. And that is the key here. While the bike may be a stunt concept with a hand-brake lever for the rear brake, complete with two sets of callipers, the base on which it is constructed is what the fuss is all about. 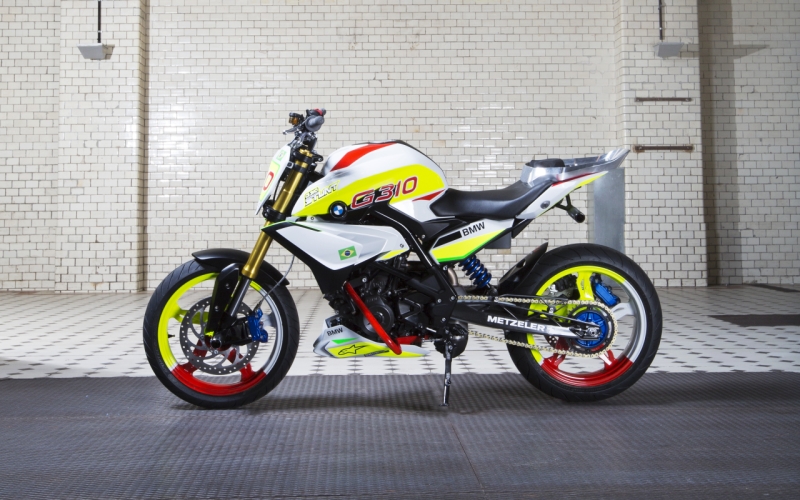 The aggressive interpretation of an agile machine, as BMW Motorrad put it, is only the exterior, with its intents purely set towards the stunt arena. The road-going machine will be the first small-capacity single in BMW’s modern-day line-up.

Like the ‘310’ in the name suggests, we expect a 300-odd cc single-cylinder engine, with, as the pictures show, a liquid-cooled, four valve, DOHC set-up making anywhere between 30-45 PS and proportional torque. The engine cylinder is rotated 180° and actually inclines to towards the rear. This allows for placement to better suit mass centralisation as well as allows for a shorter wheelbase, making the bike more nimble-handling.

Mechanically, it looks set to feature anodised USD forks up front and an adjustable damped monoshock at the rear. Rubber comes from the Metzeler Sportec series, so we can expect the grip levels to be on par or even better than that of the KTM 390 Duke, which will be its primary target. 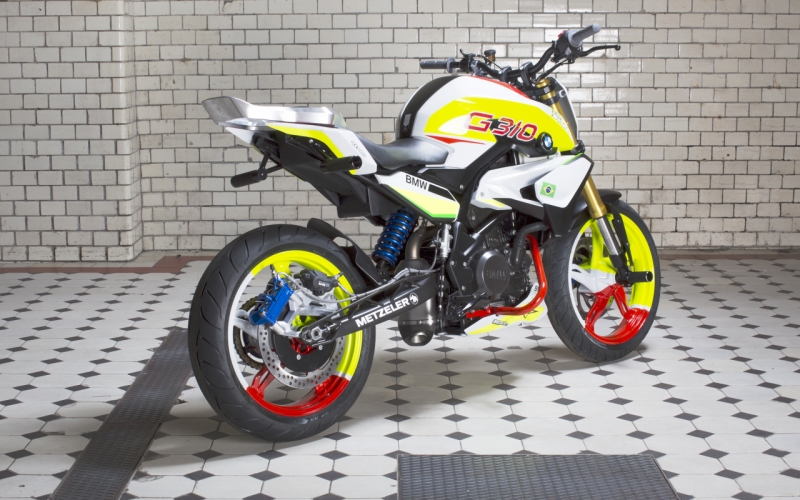 The Concept Stunt G 310 is specifically set-up for stunters, and adds the hand-brake lever near the clutch lever for the rear brake. The rear disc brake is a larger unit and has two sets of callipers biting on it. The design is mostly naked street-fighter with add-on bits to make it suitable to the rigours of stunting. Expect to see similar styling for the road bike, with the chiselled tank and muscular proportions all round making their way to the production version.

Edgar Heinrich, Head of BMW Motorrad Design said, “The BMW Concept Stunt G 310 is a real eye-catcher. Everything on this concept seems to be shouting out to ride it and defy the laws of gravity.” We agree!

Personally, I believe BMW would do well to introduce not just a naked bike, but also a fully-faired supersport version as well as an entry adventure-touring model on the lines of a 300 GS. Let’s wait and see what the future brings, but, either way, it’s an exciting time ahead for those looking for a single-cylinder, and, dare I say, rather affordable bruiser.