Royal Enfield UK sales have achieved a new record thanks to the metronomic sales of the Interceptor 650. 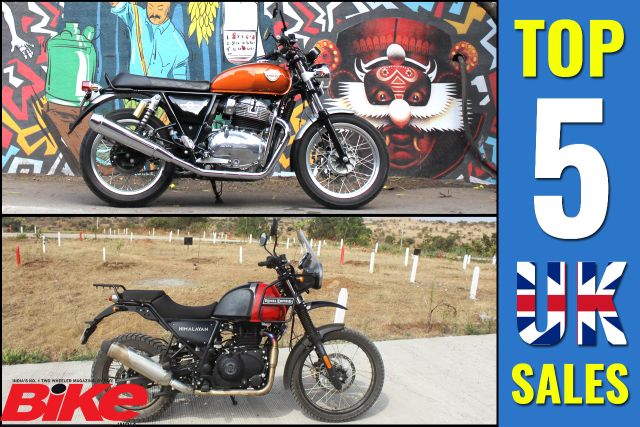 The middleweight category for motorcycles in the UK is from 250-750 cc and Royal Enfield have hit the jackpot because two of their motorcycles are quite popular in that segment. The Royal Enfield UK sales have been primarily dependent on the Himalayan and the Interceptor 650. The former has found itself a place in the top five highest-selling motorcycles in UK’s middleweight segment for the past one year. Meanwhile, the Interceptor 650 has outdone all the competition and placed itself in the top spot in the same category over the past one year. The icing on the cake is that the Interceptor 650 has earned an additional accolade in the form of ‘best-selling motorcycle in the UK for June 2020 in the 125 cc-plus category’.

Commenting on this achievement Vinod K Dasari, CEO, Royal Enfield said, ‘Our vision is to expand and lead the middleweight motorcycling segment across the world. Royal Enfield has been consistently focusing on widening its footprint in international markets and creating engaging experiences for enthusiasts. Since its launch, the Interceptor 650 has been gaining momentum among consumers, and has won several awards globally. Dominating the mid-segment in the UK for a year, is a truly remarkable achievement that we are very proud of. We are equally delighted with the success of our adventure-tourer Himalayan which has been among the top five bestselling middleweight motorcycles in the UK consistently over the last 12 months. This response from our customers in the UK has propelled Royal Enfield to become one of the fastest growing motorcycle brands in the UK.’

Although their motorcycles offer remarkable value for money and have carved themselves a niche in their respective segments, it is not the sole reason for their success. Royal Enfield have done a commendable job in setting up a remarkable network of touchpoints (67) in the UK, making it easier for the consumer to reach out for service and after-sales support.