Nine times motorcycle racing world champion Valentino Rossi’s accomplishments on the race track rarely go unnoticed but there is hardly ever any news about his personal life.

So it might come as a surprise that Rossi has a younger step brother named Luca Marini. What’s more, Luca isn’t just a celebrity sibling but also shares his brother’s passion for racing and has been following in his footsteps.

Luca is the 2011 Italian 80cc MiniGP champion and has been racing in the Moto3 class of the Italian national motorcycle racing championship (CIV) for team Twelve Racing since last year. His racing career is sponsored by Valentino and it is about to go big this year after he turns 16 in August, which makes him eligible to race at the world level. According to reports in Italian magazines, this young Italian teenager will make his world championship debut in the Moto3 class of San Marino GP on 15th September as a wild-card entry. If it goes well, Luca could land up with a deal for the entire season next year. Now wouldn’t we just love to see two Rossis in MotoGP? 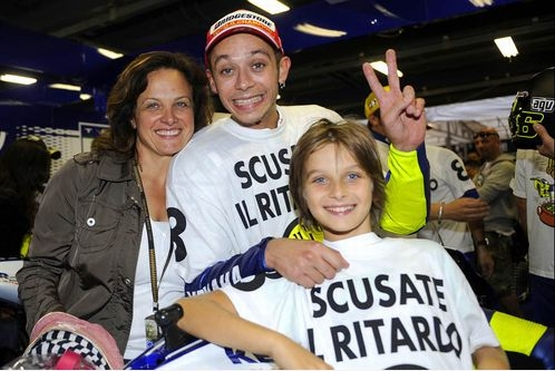