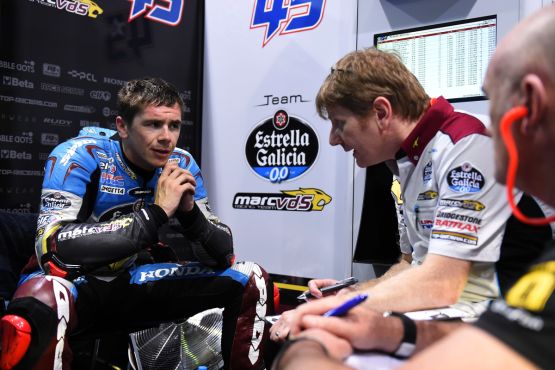 Better factory support was the motivation

British MotoGP rider Scott Redding his announced his move to Pramac Ducati next year. Redding made his premier class debut last year after finishing as a runner-up in the 2013 Moto2 world championship. He spent his debut year in MotoGP riding the underpowered open class RSV 1000R Honda machine for team Gresini before moving to Marc VDS, whom he had race

d for in Moto2. Marc VDS entered MotoGP as a satellite Honda team with Redding as their only rider but he hasn’t made any remarkable impression in his second year on the almost factory bike.

After his home Grand Prix at Silverstone, where he got his best MotoGP finish in sixth, Redding announced his move to Pramac Ducati for the 2016 season. He will replace Yonny Hernandez at Pramac Ducati and will ride a GP15 Ducati Desmosedici alongside Silverstone 2015 runner-up Danilo Petrucci.