This is an awesome motocross pic, no doubt. But, hey, most motocross action images are pretty much as awesome as this, if not more, so why are we featuring it here? Well, folks, the airborne dude on the right is Darius Glover, an American dirt bike racer. Like you and me, he lives to ride, and when he is on two-wheels he feels the freedom that only other motorcyclists can truly understand. The thing is though, Darius is paralyzed from the waist down.

Where others would give up their dreams and this sport, Darius at the age of 15 instead pushed onward. No pity parties, no excuses, just simply a daily example of where there is a will, there is a way, and a reminder that you can achieve anything that you put your mind to.

It’s hard not to get a bit choked up listening to Darius tell his story, but you walk away feeling uplifted after feeling his attitude come across the screen. He has his head on straight, that’s for sure, and we all could take a lesson from his example. “Everything is on point when you’re on a bike — you feel like Superman.” Isn’t that the truth, brother. Keep riding, keep racing. 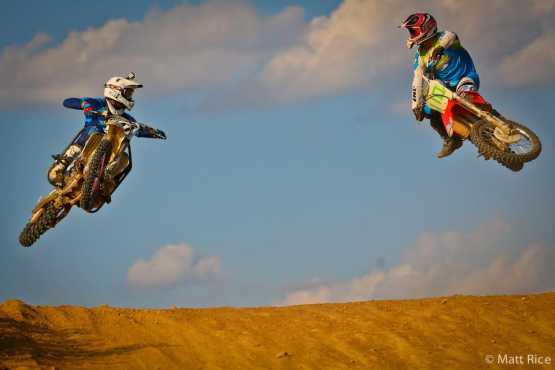