Motovan Corporation, a Canadian importer has helped a certain Mr. Jeremy Bieber get a very unique birthday present for his son, Justin. That’s right, the young pop star has just received a one-of-a-kind MV Agusta F3 675 which has been fully customized to be unlike any other sportsbike available today.

When Jeremy expressed his interest in the project, the president of Motovan Corporation, James Paladino, also got in touch with Giovanni Castiglioni, MV Agusta’s president, and together, they were honored to be a part of this request; deciding to make a truly unique example for the popular young singing sensation.

The design was put in the hands of Canadian designer Lucent AC. The theme was to be Justin’s favourite superhero – Batman. The details speak for themselves. From the matte black paint finish to the illuminated Batman and JB signatures, there is no shortage of intricate workmanship and specially machined and meticulously crafted components to add to the art motorcycle’s list of details.

Jeremy Bieber was very happy with the outcome, saying he was very thankful to MV Agusta and Motovan for their interest and quick response which led to timely delivery of the very exclusive motorcycle.

The one-off F3 675 will be on display at “The Museum” in Kitchener, Ontario in Canada for the first two weeks of March. 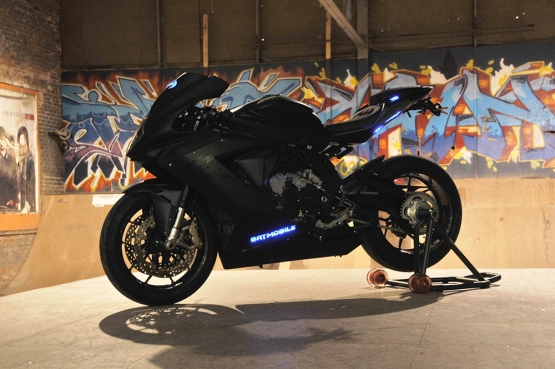