Off Piste Racing (OPR) is a platform that was introduced last year where riders get to learn various off-road riding techniques. With years of experience in the world of motorcycles, Ashish Raorane leads all of the sessions and shares some crucial tips to become a better rider off-road. We recently attended the RallyScape session which covers two levels aimed at adventure and enduro riding methods. The sessions take place at a plot of land close to Bhugaon, Pune which is a great location to hone your skills as it has a well-laid-out dirt track.

The agenda for the Level 2 training on Sunday was to refresh all the techniques learned on the first day followed by some advanced methods that will help a rider get out of a tricky situation while exploring unknown trails. Up until now, most of my off-road riding has been self-taught with a little input from some experienced riders I have had the honour of meeting over the years. Although, the learning never stops, and what better way to end a weekend than getting trained by a rider that has taken part in the gruelling Dakar Rally?

New riders would not venture off-road as there is some level of risk involved, but the truth is that with the proper knowledge and techniques, anything in the way can be conquered with ease and such a session is exactly what a rider needs to overcome their fears. The day began with me receiving the keys to a Hero Xpulse 200 sporting a rally kit and an aftermarket exhaust unit as well. Riders are encouraged to get their own motorcycles but Off Piste Racing also offers the option of renting a dirt-ready Xpulse 200. Another treat was obviously getting to check out all of the awesome ADV bikes all ready for the dirt; some of them were ridden down all the way from Mumbai for this session.

This was followed by a briefing session over breakfast and finally heading to the venue and starting with the basics. Over the first half of the day, we were sent out to make our way around the dirt track while Raorane watched every one of us to see where mistakes were being made and which corrections were needed. Every session ended with a short break where we were then advised on where improvements could be made. Body position is one of the most important factors when it comes to maneuvering a motorcycle off-road and after very minor corrections, I was surely feeling more in control of the motorcycle. It is just getting the basics right that can make so much of a difference. What I did appreciate is how Raorane allowed us to try new things and experiment so we were comfortable with the motorcycle before getting into advanced techniques. 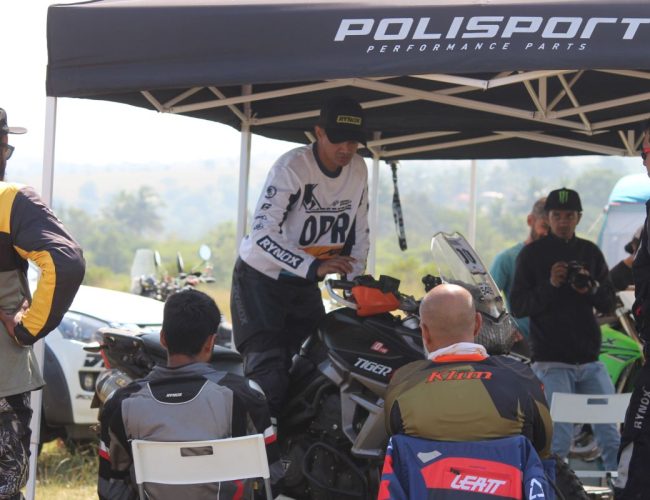 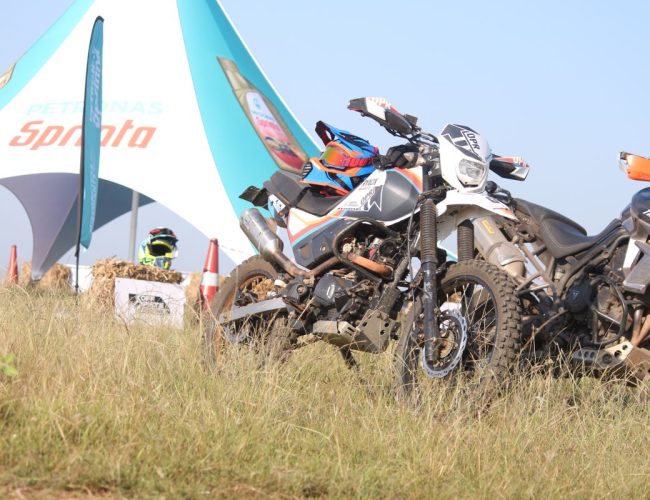 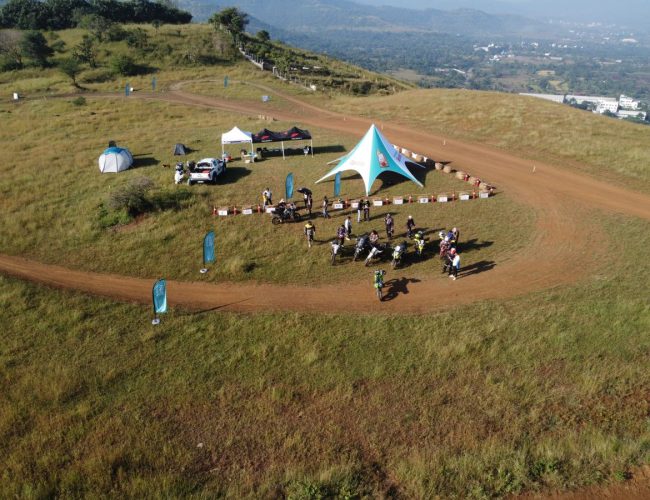 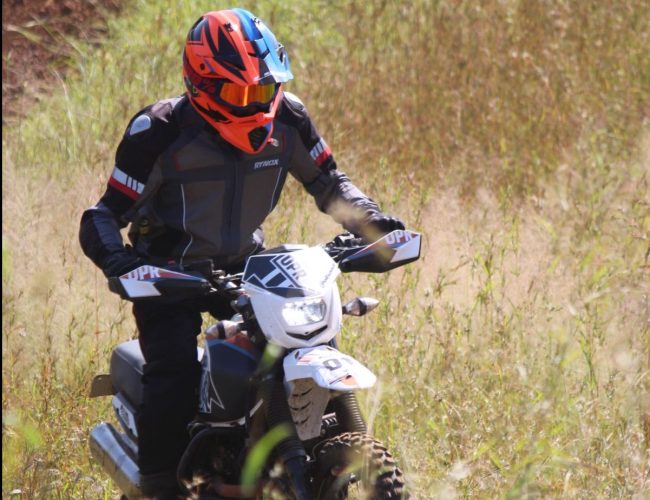 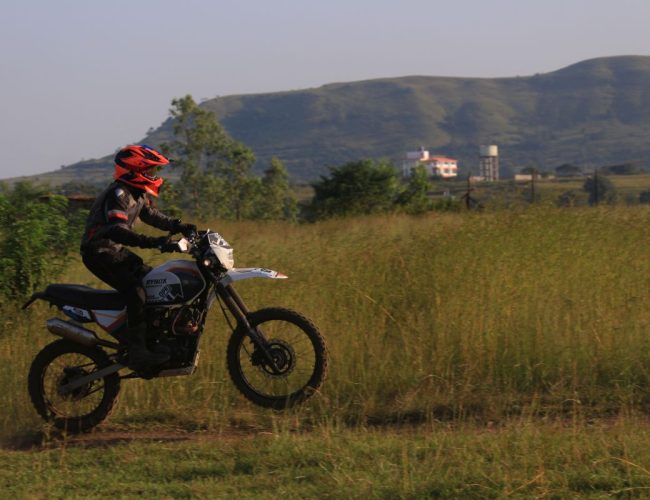 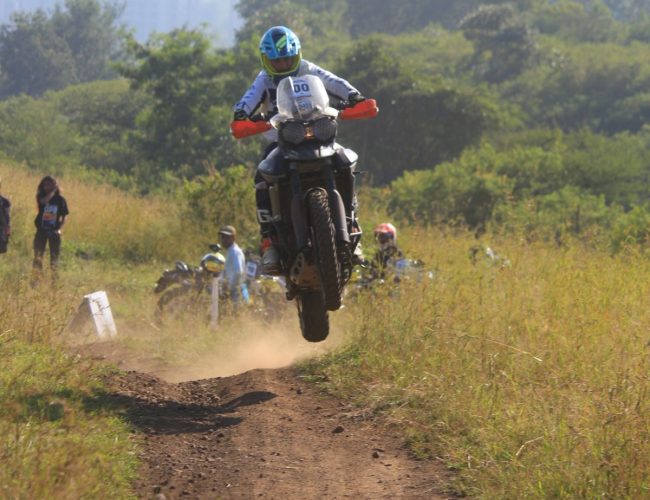 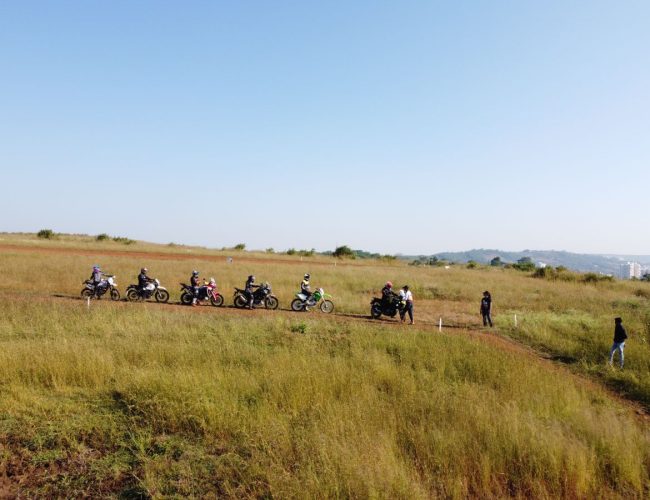 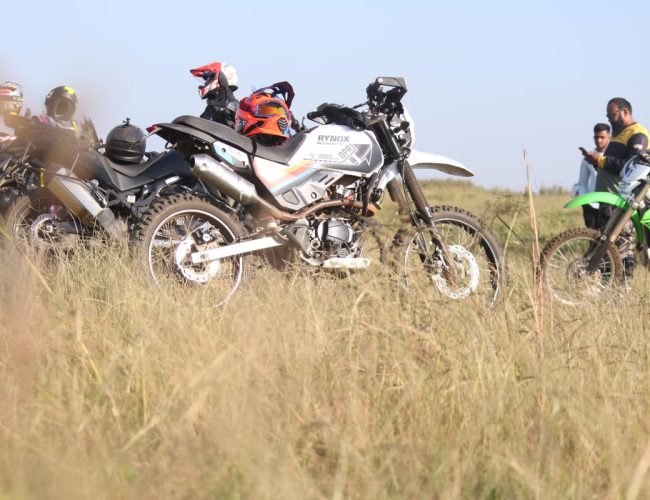 The plan for the second half of the day was to implement all that we had learned and apply it to heading down a steep descent, keeping the momentum and being able to climb back up the other side with an equally steep ascent. While pictures do not do justice to the actual level of incline, I can confirm that it was indeed intimidating. That being said, it was just a matter of slotting your bike into gear and going for it. Raorane had a very important and insightful quote that he shared with us throughout the day. He said, “While riding off-road, acceleration is money and you can’t spend money unless you have earned it”. This will make more sense to a rider once they apply all of his teachings to tackle the steep descent and ascent and moreover, make a rider give inputs in a smooth manner. Letting the bike find its way downward without any unnecessary inputs allowed me to gain the momentum needed to conquer the climb with loose dirt and rocks on the other side. Though it was a tiring affair, I just wanted to go for more and try it with a different line as every passing run gave me a little more confidence.

Toward the end of the day, the dirt track was open to us so I enjoyed getting in some laps; the highlight had to be the section where you can get both wheels in the air. Overall, this was one of the most insightful off-road riding sessions that I have attended. Raorane has a great way of passing on his knowledge, making it a fun-filled and thrilling learning experience.

The fee for Level 1 is Rs 11,999, while it is Rs 12,999 for Level 2. If a rider opts to attend both levels, a 10 percent discount is offered which brings the total fees to Rs 22,500. This is money well spent as a rider will surely be able to get out of sticky situations off-road after attending one of these sessions. I surely had a blast and have come back feeling more confident with my off-road riding skills. Thanks to Ashish Raorane and the entire team at OPR for having us over to train at this well-organized RallyScape session.

Apart from the RallyScape training, the OPR platform also has two other sessions called DirtFit and RallyVerse. The former focuses on fitness drills that improve a rider’s performance astride the motorcycle and the latter is for advanced riders who want to learn all of the aspects that go into competitive off-road riding.