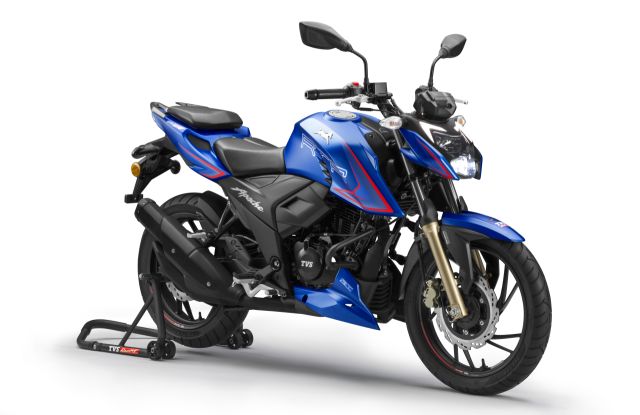 The new TVS Apache RTR 200 4V has just been launched in India sporting a host of first-in-segment features that will surely heat up the 200-cc segment.

TVS had an online launch of the new bike, showcasing what the segment now receives, which is everything from ride modes and navigation to adjustable suspension and levers. Firstly, ride modes, which are Sport, Urban, and Rain. These modes setup the motorcycle to work at its optimum for one’s riding condition which can be switched when on the fly. Urban sets you right for when commuting the city streets with ABS optimised to ensure quick responses. Rain mode mellows everything down allowing more predictable control with ABS kicking in slightly earlier. Sport mode is for when a track day calls or that weekend blitz. Maximum power and the least intervention by the ABS system is what one would get in Sport mode. 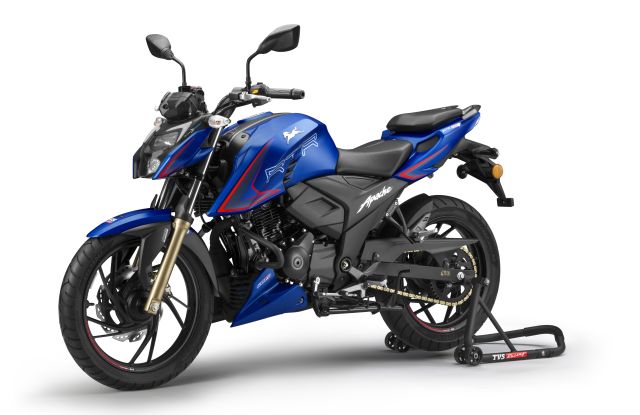 In addition, the new TVS Apache RTR 200 4V is now also equipped with adjustable front forks as well as the adjustable clutch and brake levers. The Front forks are high-performance Showa units that allow preload adjustments which can be tuned to a plush ride or a stiffer track setup. The rear Showa suspension tuned for better performance when on the track. Then we have the three-step adjustable ergonomically designed brake and clutch levers allowing better control to each rider. We also find a weight reduction and claimed a better braking system. The latter we shall have to test before confirming. 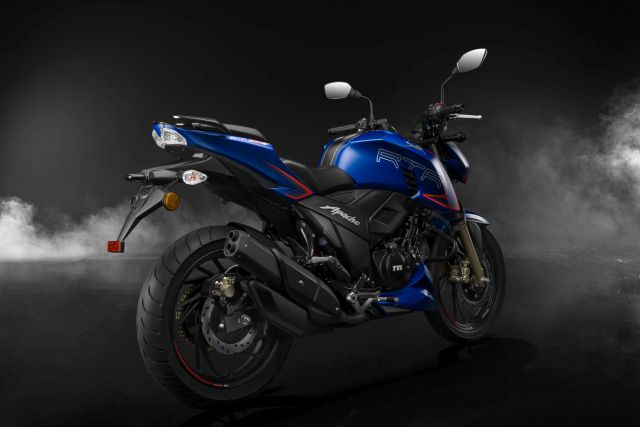 Speaking on the occasion, Meghashyam Dighole, Head – (Marketing) Premium Motorcycles, TVS Motor Company said, “The Apache series has been a testament to our commitment of delivering technological prowess to our aspirational customers and racing enthusiasts since its inception in 2005. In line with these ethos, we are excited to introduce our new TVS Apache RTR 200 4V motorcycle that offers key segment-first features and technologies which will further add to our philosophy of ensuring customer delight as we celebrate this prolific sales milestone.” 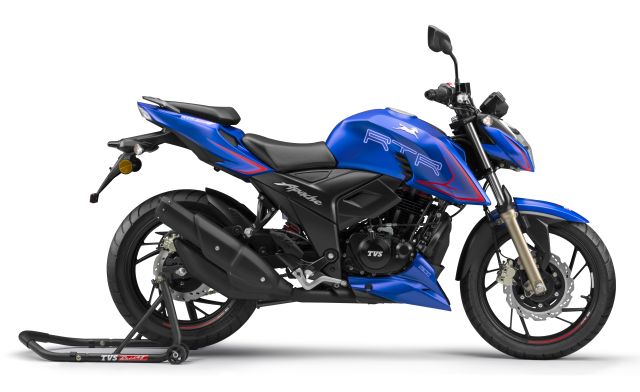 TVS have fitted the new Apache RTR 200 4V with their connectivity tech seen in other new models too. This tech involves rider to have their navigational cues appear on the console which is a godsend for many who haven’t fitted on them mobile phone holders. The new TVS Apache RTR 200 4V is priced at Rs 1.31 lakh ex-showroom which is a six thousand increase from the previous model, yet well lower than the orange 200. The new Apache will be available initially in three colour options – Gloss Black, Pearl White, and the newly launched Matte Blue which is inspired by TVS OMC race bike.