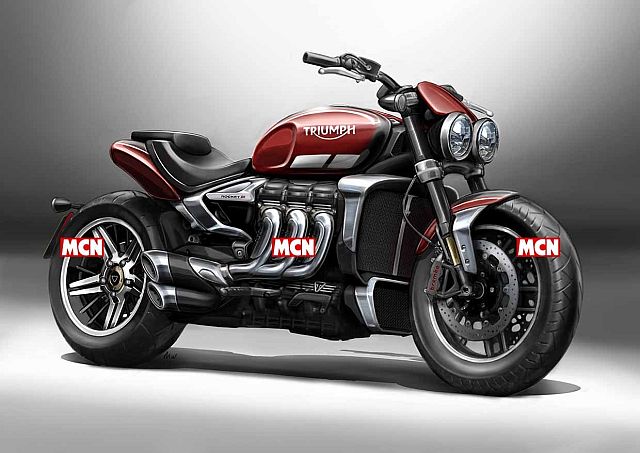 Triumph are set to launch the all-new Rocket III next year after teasing the motorcycle world with a sketch at a dealer event in October. A mule of the same was ridden across a stage too briefly, but, no confirmation of a launch date was mentioned.

According to a report, Triumph dealers were invited to a closed-door event, which showcased the new machine and a few basic specifications. The new Rocket III will come with a new 2.5-litre in-line triple, which Triumph claim will be making more than 182 PS and a monstrous 230+ Nm of torque, in case you ever need to tow a locomotive or the Pyramids. To put a halt to the madness, Triumph’s new Rocket III seems to get a set of Brembo M50 callipers and 330 mm floating discs with new cast alloy wheels. Wide fat-bar, huge forks, and a single-sided swing-arm make the bike easier to maneuver according to the British manufacturer. In the case of a brave soul deciding to test these outlandish torque figures, the front seat is fashioned to cradle the rider and hinder slipping off.

The new Rocket III is as tech-savvy as one would expect from a 2019 model. It comes with traction control, cornering ABS, a full TFT dash with multi-mode displays, and Bluetooth connectivity enabled with GoPro and Google Maps. Other features expected are key-less ignition, LED lighting with a DRL headlamp, cruise control, and other regulars of the times we live in today. The bike may also see launch control fitted, Oh the fun. Or terrifying fun, rather. 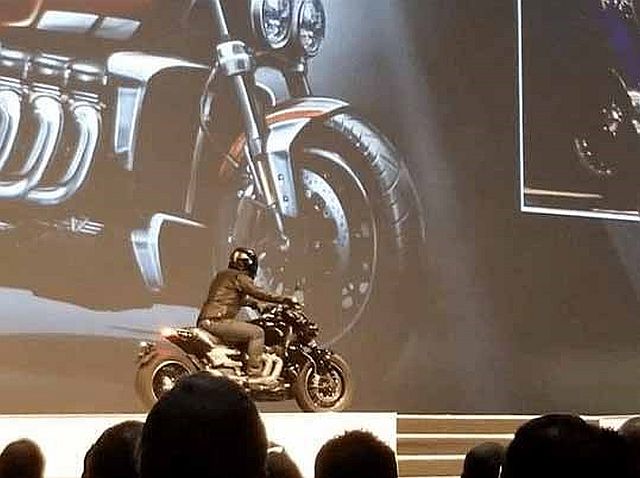 The previous edition of the Rocket III included a bunch of variants using the same platform. This new addition will probably go the same way, with Triumph releasing a cruiser, roadster, and tourer versions the following year. This is evident when the Rocket III sketch and mule were showcased. The foot-pegs seemed mid-mounted, but, did appear to have a secondary position for a more feet-forward position. In addition, with the company’s new Triumph Factory Custom division launched, we could see something very special in the design area too.

Triumph, technically, have not confirmed or denied a launch of the new Rocket III, but rumour has it that the company will announce the machine early next year with a launch in mid-2019. The Rocket III will stand toe-to-toe with Ducati’s Diavel, which with these specs, it seems to outshine. Well on paper at least.