On Saturday, 20-year-old Marquez took over from former double title winner Freddie Spencer as the youngest ever pole-sitter in the premier class. He now becomes the youngest race winner, having seen off a challenge from Pedrosa on the other Repsol Honda Team machine. Although he is now level on points with Lorenzo in the championship, Marquez holds the lead as he is the most recent Grand Prix winner.

As the red lights went out at the new Circuit of the Americas – located on the outskirts of Austin, Texas – it was Pedrosa who seized the lead, while Lorenzo headed backwards courtesy of a poor getaway. A lightning start for LCR Honda MotoGP’s Stefan Bradl allowed the German to go second but he was soon overhauled by Marquez, Lorenzo and Monster Tech 3 Yamaha’s Cal Crutchlow.

Following Pedrosa and waiting patiently for his moment, Marquez courageously dived up the inside of Turn 7 on the 13th of the 21 laps. Pedrosa would hang onto the back of his teammate, but lost ground courtesy of a small error six laps later. To the delight of his crew, Marquez would take the chequered flag by one and a half seconds, with Lorenzo just over the same margin behind Pedrosa.

Having not tested at the venue a month ago, Crutchlow was more than pleased with fourth – having hoped for a top six result this weekend – as Bradl and Rossi completed that particular group, with the multiple title winner having overhauled GO&FUN Honda Gresini’s Alvaro Bautista. The latter would also fall behind Ducati Team’s Andrea Dovizioso, who progressed to seventh on the final lap and then avoided a last-corner lunge from his rival. Leading American rider Nicky Hayden and Energy T.I. Pramac Racing’s Andrea Iannone rounded out the top ten.

It was a hugely disappointing afternoon for Came IodaRacing Project. Danilo Petrucci was fortunate to stay upright when teammate Lucas Pesek crashed out of the race directly behind him, only to retire in the pits with mechanical gremlins only minutes later. Colin Edwards was also on the sidelines, as the local Texan hero racked up the unenviable fact of becoming the race’s first of three retirements.

With 16 rounds to go in this highly dramatic MotoGP season, the story continues in Jerez with the Gran Premio bwin de España in two weeks’ time. 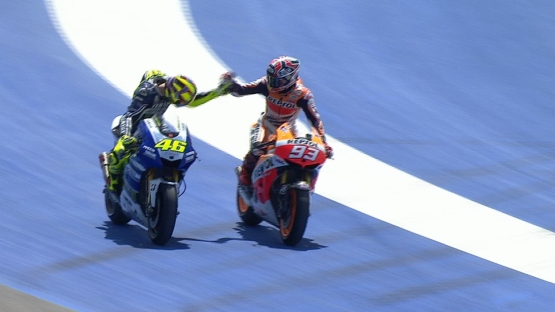 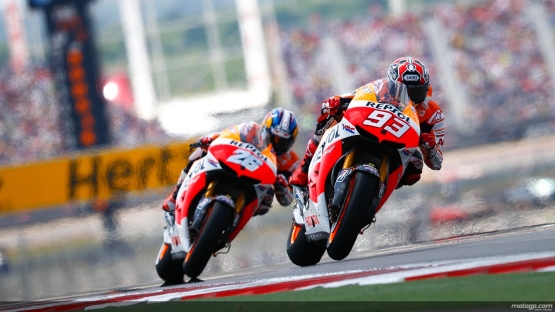 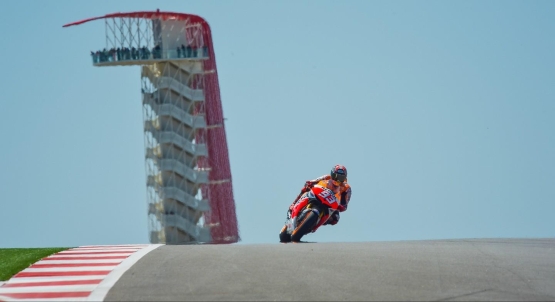