Mahindra Two Wheelers Ltd (MTWL) is an associate sponsor of the Rajasthan Royals team in IPL-6 and this partnership has proved useful for both entities. As part of the association, Rajasthan Royals’ players sport Mahindra Pantero branding on the leading leg of their trousers. According to MTWL, the Pantero is inspired by the panther and has similar qualities as the Rajasthan Royals team, in terms of agility, innovation, youth, and adjustability. In addition, the bike and the team are said to be powerful enough to safely move ahead in any situation.

The company believes that the IPL is a suitable platform for it to connect with its target customer base, as cricket is the most popular sport in the country with approximately one billion fans. Speaking about the association, Sarosh Shetty, Vice President Marketing, MTWL, said that cricket in India is a national sport irrespective of geography, age or gender. He believed that the combination of two brands sharing similar values gave ‘Rise’ (MTWL’s slogan) to a winning combination, and commented that the company looked forward to a continuing partnership with the Rajasthan Royals.

As part of the association, customers can experience the new Mahindra Pantero at Jaipur’s Sawai Mansingh Stadium, the home stadium of the Rajasthan Royals. They can also win tickets to Rajasthan Royals’ matches along with the change to meet the team and staff at a gala function in Jaipur, apart from other benefits. 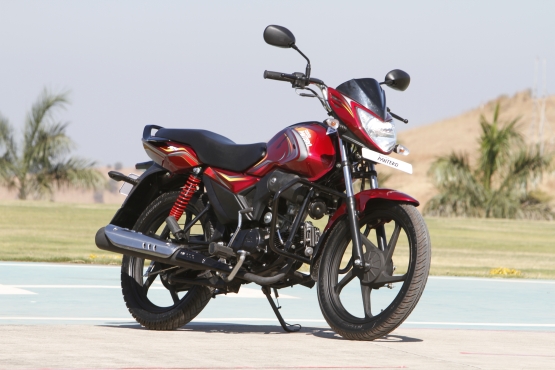