Mahindra Racing has completed its second pre-season test for the 2013 Moto3 World Championship in promising style.

The group-test at Spain’s Jerez circuit, venue for the third round of this year’s MotoGP season, saw the Indian team’s two new riders complete the test with the fifth and eighth fastest times of the 33 Moto3 participants. Three trouble-free days for Mahindra’s all-new MGP-3O were marred only by rain on the final day that led to an early finish for the team, who had achieved most of their objectives.

Portuguese teenager, Miguel Oliveira, recorded the fifth fastest time of the test (1’47.958). The 17 year old from Pragal near Lisbon, was also impressively quick in the wet conditions of Thursday despite having a small fall. “I’m really happy that we had the opportunity to continue the job started in Valencia,” he commented. “I’m pleased with the way we are working and I’m learning so much about the bike and my team. We are on a good path and we are ready to fight. “Our immediate area of focus is to find a good set-up for the bike and doing our job without looking at the other teams and riders. We need to give the best!”

Experienced Spanish rider Efrén Vázquez was eighth fastest in Jerez (1’48.327). He finished testing at lunchtime feeling satisfied with his move to Mahindra Racing: “I’m really happy with the bike and everything is going better than we expected. I’m very pleased with the team. It has all changed since last year and the expectations and thinking are very positive. The project we are working for is a good one and we can do well.”

The successful ‘Jerez 1’ test followed on from last week’s Valencia test, the first outing for the 2013 Mahindra. Efrén finished the three days at Valencia with the eighth quickest time (1’40.495), while his young teammate was 10th fastest (1’40.526). Both times were well within the 2012 pole position time at Valencia, scene of the traditional end to the MotoGP season in November. It marked an impressive debut for riders, team and bike.

The 2013 Mahindra bikes completed 750km (Efrén) and 800km (Miguel) over the two tests, but the hard work now continues back in the team’s Swiss base before the final test, ‘Jerez 2’ (18-21 March). Bikes and equipment will then be shipped to Qatar for the first race of the season on 7 April. Godspeed, Mahindra Racing. 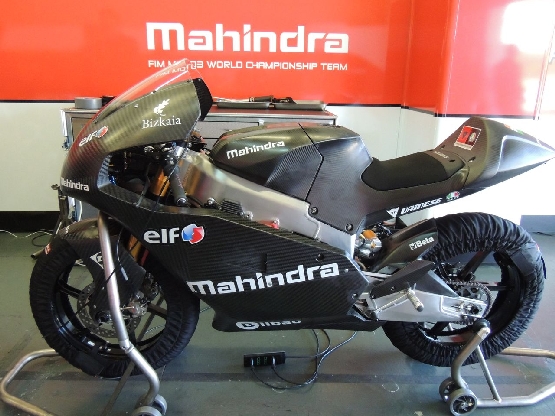 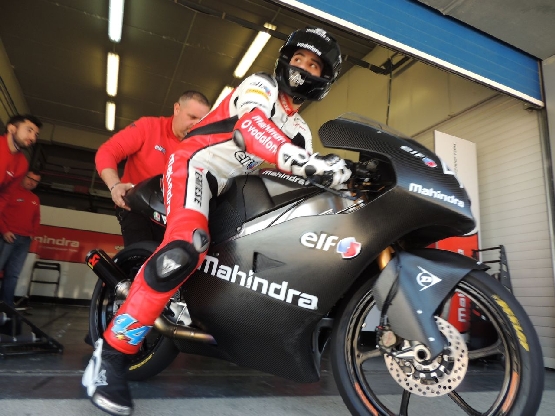